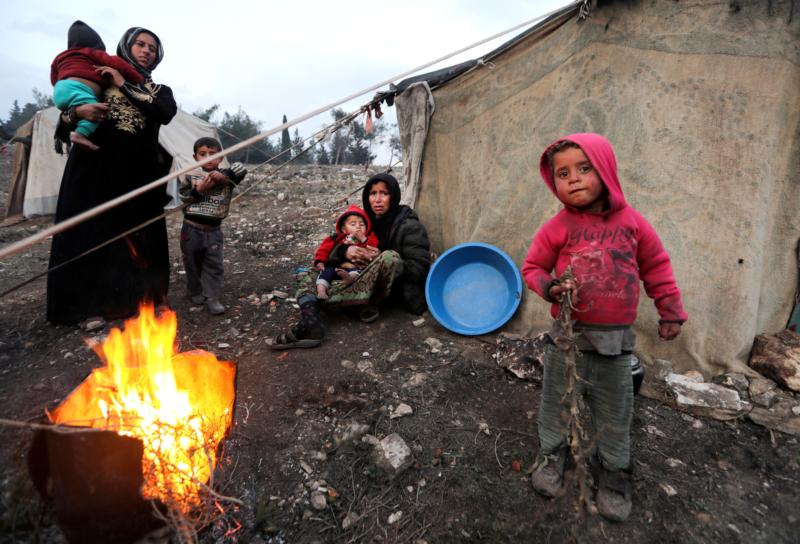 The independent, bipartisan U.S. federal government commission said it aims to defend the universal right to freedom of religion abroad and makes policy recommendations to the U.S. administration.

USCIRF said towns and villages in northeast Syria — including some that are traditionally home to Christians, Kurds, Yazidis and Arabs — experience persistent Turkish and militant shelling and ethnic cleansing. It said badly needed humanitarian aid has also been cut off, especially in this time of the coronavirus pandemic.

Turkey is also forcibly repopulating the area with Syrian refugees and those displaced from other parts of the country to change the region’s demographics, it says. The rights group Genocide Watch labeled such actions as “war crimes” and “crimes against humanity.”

“The United States cannot look the other way as this disaster unfolds,” Nadine Maenza, USCIRF’s vice chair, said during a commission roundtable in Washington with experts on northeast Syria June 10. Maenza visited northeast Syria in late 2019.

“I was able to see for myself the devastation brought upon Christian villages near the area Turkey had invaded. I met with religious and community leaders and heard about the remarkable religious freedom conditions under the autonomous administration and how that is now nonexistent in the area that Turkey occupies,” Maenza said.

USCIRF urged the U.S. government to “exert significant pressure on Turkey” to set a strict timeline to withdraw from Syria, “while ensuring that neither its military nor its allies expand their area of control, carry out religious and ethnic cleansing or otherwise abuse the rights of vulnerable religious and ethnic minorities there.”

It also called for the U.S. to support “Syria’s vulnerable religious and ethnic minorities under the terms of the Iraq and Syria Genocide Relief and Accountability Act of 2018”; to fund and develop programs that “promote religious tolerance and advance religious freedom and human rights” in the autonomous administration of Kurds and Christians governing the region; and to exempt the area from U.S. sanctions under the Caesar Act. The legislation sanctions the Syrian regime, including Syrian President Bashar Assad, for war crimes against the Syrian population.

More than 300,000 people were displaced and more than 70 civilians in Syria and 20 civilians in Turkey were killed during the Turkish military offensive last autumn. Amnesty International said it has evidence of war crimes and other violations committed by Turkey and the Syrian Islamists militants it used. Until the Turkish invasion in October 2019, Kurds, Christians and other religious minorities said they felt protected by the presence of U.S. ground troops. Religious freedom flourished in the area.

Kurdish and Syriac Christian fighters, allied with U.S. troops, were largely responsible for eradicating much of the Islamic State presence in Syria. U.S. President Donald Trump pulled out 2,000 American troops from the area in late 2019, saying the extremists were “defeated.” After much criticism of the move, a remnant of the U.S. military presence remains to protect oil fields. However, analysts point to a resurgence now of the so-called Islamic State in Syria and Iraq.

“In areas they occupy, the Turkish-backed Syrian national army are attempting to dismantle the laws that guarantee religious equality, religious freedom and gender equality that were created by the autonomous administration,” Amy Austin Holmes told the commission. Holmes is a professor at the American University in Cairo and currently a fellow at the Wilson Center and Visiting Scholar at the Middle East Initiative of Harvard University.

“This includes attempts to force Yazidis, in particular, to renounce their religion and convert to Islam,” she said, as well as demands that non-Muslim women wear a veil and travel with a male relative.

Holmes is the first person to have conducted a field survey of the Syrian Democratic Forces based on numerous trips to all six provinces of northeast Syria between 2015 and 2019.

“Unless Turkey withdraws from the areas it occupies, it unlikely that the original inhabitants … Yazidis and Christians who have lived there for hundreds of years, it is unlikely that they will ever be able to return home,” Holmes warned. She recommended that Congress set up a fact-finding mission and investigate areas under Turkish control.

Holmes also called for needed rebuilding of homes, schools and roads, and for the U.S. to advocate for the autonomous administration of northeast Syria to have a seat at negotiations on the Syria conflict in Geneva.

“It’s unacceptable for one-third of the country of Syria be excluded from the talks that should determine the future of Syria,” Holmes said.

“It is very important to focus on practical steps to help as soon as possible these minorities, because if these minorities find a way to leave, even if Turkey is forced to withdraw at some point, I don’t see how these Yazidis and Christians will come back,” Ishak told Catholic News Service by phone.

“We need humanitarian aid in addition to food and medicine to be provided as soon as possible until there is more economic viability. The Yarubiyah border crossing can be utilized,” said Ishak, a member of the political bureau of the Syrian Democratic Council in northeast Syria and a graduate of The Catholic University of America in Washington, D.C.

“That’s why there is a need for urgent help for these people, to make sure that they can remain and not leave,” he explained.

NEXT: Eucharist heals, gives strength to serve others, pope says