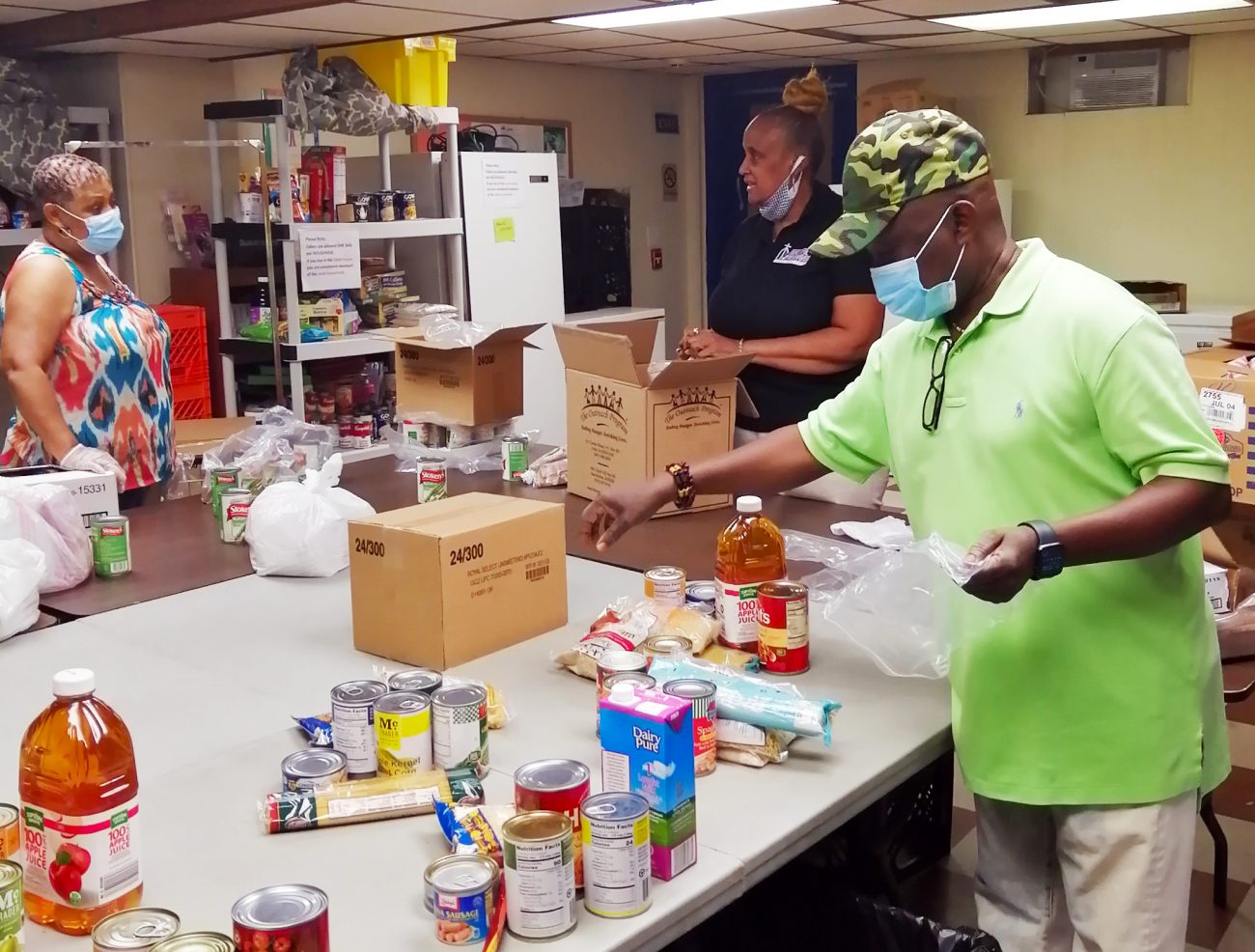 As this year’s CRS Rice Bowl campaign heads into its final weeks, donations are urgently needed to make up a $200,000 shortfall in the archdiocesan area’s response.

That gap will hit home throughout the five-county region, since 25% of the annual Rice Bowl collection funds local efforts to alleviate hunger. Among the affected outreaches are close to 50 food cupboards and soup kitchens supported by archdiocesan Nutritional Development Services (NDS).

Some NDS food pantries have seen a 100% increase in client volume due to the coronavirus, which has led to business closures and unemployment. In Philadelphia, the crisis has compounded the city’s existing food insecurity levels, which rose 22% during the period 2012-2017.

“The cupboards are busier than ever for sure, because of people not working or working only part-time,” said Ayella. “You hear people say, ‘I can’t believe I’m coming here for food; I used to donate here.’”

The trend is expected to continue in the months ahead as the pandemic’s full economic fallout unfolds. Feeding America, the nation’s largest hunger relief organization, currently projects that food insecurity in Philadelphia will rise this year from 16.3% to 21.2%. The four suburban counties will move from single- to double-digit rates of 10.8% to 14.1%.

Globally, said Ayella, “a whole generation stands to be wiped out” due to COVID-19’s impact on developing nations long beset by poverty, conflict and resource depletion. 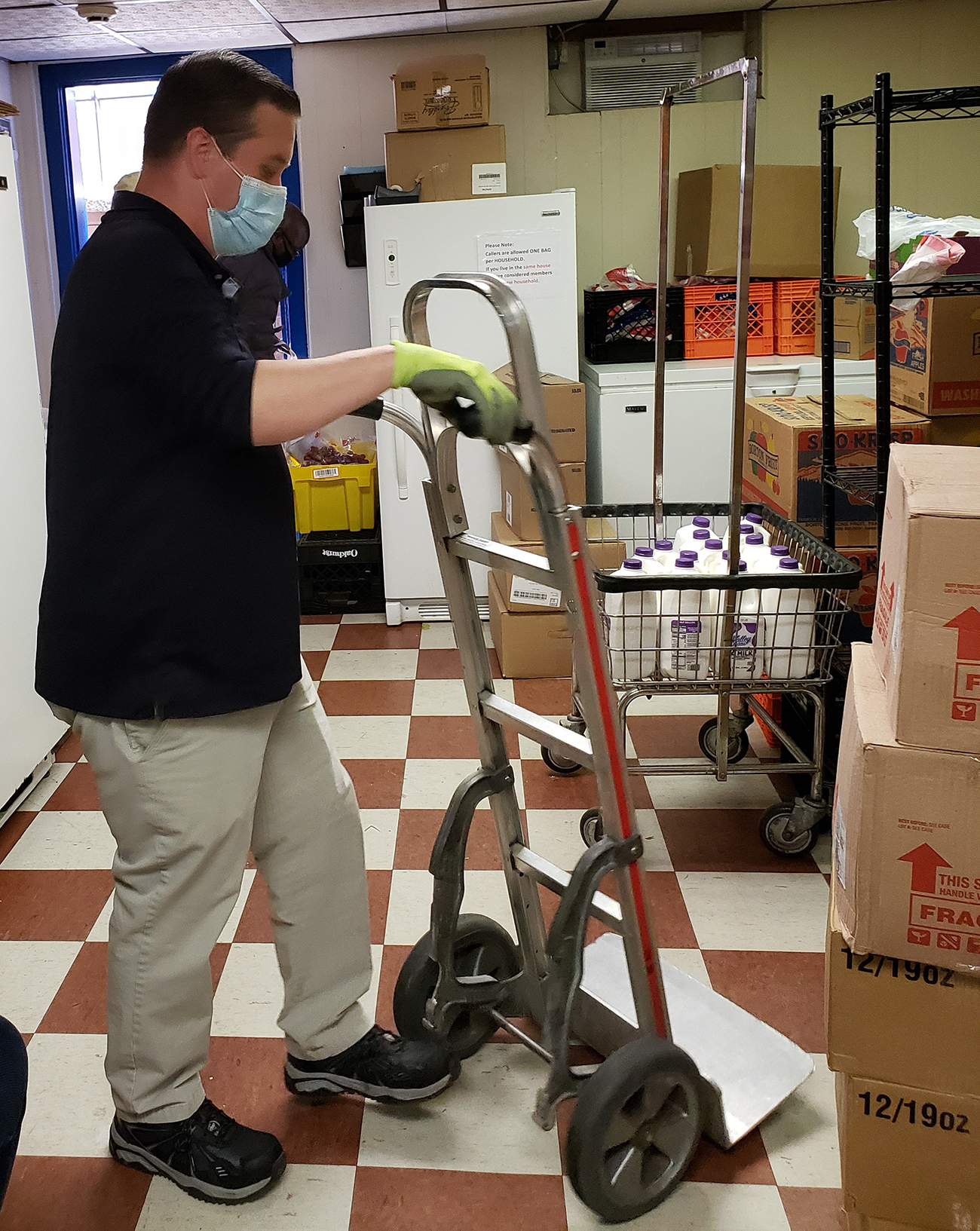 Don Devlin, a driver for archdiocesan Nutritional Development Services (NDS), unloads a delivery at an NDS pantry supported in part by Rice Bowl donations, which are down 50% this year while demand for local and global food assistance has soared. (Photo courtesy of Lizanne Hagedorn)

“Whatever we feel (from the pandemic), imagine if you’re already poor and struggling with bad water, bad health,” she said.

Research demonstrates that nutrition during a child’s first 1,000 days has a profound impact on brain development and cognitive skills, said Ayella.

“Without proper nutrition during that period, a child can suffer irreversible brain damage,” she said.

Millions “have lived their whole childhood” with only fragile support systems such as refugee camps, she said, making the Rice Bowl collection – 75% of which supports CRS’s overseas efforts in some 100 countries – even more urgent.

“CRS also tries to put a little normalcy in these places by establishing schools and kid-friendly environments,” said Ayella.

The pandemic hit the Philadelphia area during the most critical part of this year’s campaign, she noted. Launched on Feb. 21, CRS Rice Bowl — which blends Lenten prayer, fasting and almsgiving –was still in its initial weeks when COVID-19 restrictions were implemented, hampering parish and school collection efforts.

Normally, the change in the cardboard boxes would have been counted and submitted to the Archdiocese by now, said Ayella, who prepares a report and then forwards the funds to CRS’s headquarters in Baltimore.

Even if parishes and schools are unable to process their Rice Bowl collections this year, donors can still give directly to CRS online, or mail their checks to the archdiocese, Ayella said.

Although summer is typically a time of indulgence rather than sacrifice, giving up a latte or ice cream sundae for those who are hungry underscores “how interconnected we are,” she said.

“Everybody faces challenges, especially from COVID,” said Ayella. “I definitely think if people would be willing to make a sacrifice, and an easy one at that, then it would make a tremendous difference. And the need right now is even greater.”

NEXT: Archbishop Perez to receive pallium from papal delegate Sunday