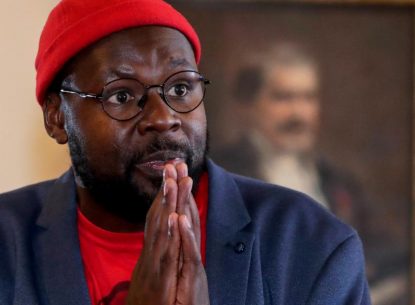 NAIROBI, Kenya (CNS) — As Congo celebrated 60 years of independence from Belgium, Cardinal Fridolin Ambongo of Kinshasa said the “great dreams” of the people had been shuttered by successive regimes.

“We have known successive autocratic regimes that have come to power like the colonialist without any concern for the will of the people, and this continues today: by force, war or fraud,” Cardinal Ambongo said in a homily June 30. He did, however, remind people to celebrate.

He said citizens were much poorer to the point of being classified by some as the most miserable on earth. The exploitation of mineral resources has occurred in broad daylight, with the populations not benefiting, he said.

In a visible policy of occupation, according to the cardinal, nine neighboring countries had a presence in Congo, either as armies or as migrants. He highlighted the violation of the country’s territory and Balkanization agenda, pointing at the insecurity and rebel forces in the east of the country. 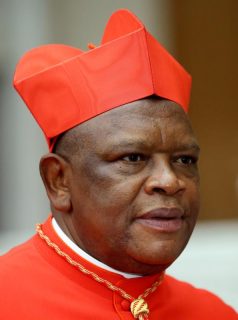 Congolese Cardinal Fridolin Ambongo of Kinshasa is pictured in a file photo. As Congo celebrated 60 years of independence from Belgium, Cardinal Ambongo said the “great dreams” of the people had been shuttered by successive regimes. (CNS photo/Remo Casilli, Reuters)

“We must recognize this … after 60 years of independence … we have shamefully failed. We have not been able to make Congo a more beautiful country than before,” said Cardinal Ambongo.

“Today’s Gospel invites us to take responsibility, because each of us will have to account before God what he had done with his talents for this beautiful country,” said Cardinal Ambongo. “We must get out of this mentality as we often hear in the city: that the president or the government will come to do this or that.”

The latest worry, according to the cardinal, is growing mistrust and rivalry within the governing coalition that risked pushing the country back into chaos. The government is completely paralyzed, and service to the people has been sacrificed, he said.

Instead of working together around common programs, the members no longer trust each other, he said.

“As long as this coalition is there, there is nothing to hope for from our rulers,” the cardinal said.

NEXT: Archives reveal abuse allegations against founder of Catholic movement