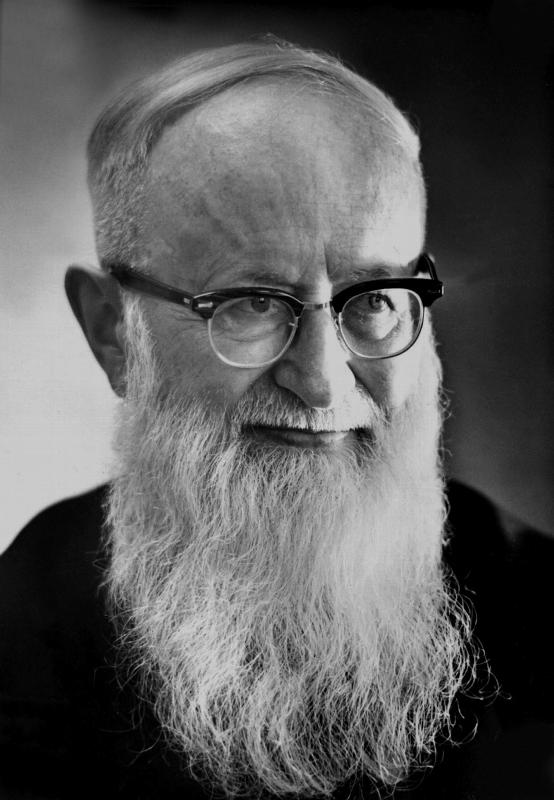 Father Joseph Kentenich, founder of the Schonstatt movement, is pictured in a file photo. Documents uncovered from the recently opened archives of the pontificate of Pope Pius XII revealed allegations of sexual abuse and abuse of power against Father Kentenich. (CNS photo/KNA)

VATICAN CITY (CNS) — Documents uncovered from the recently opened archives of the pontificate of Pope Pius XII revealed allegations of sexual abuse and abuse of power against the founder of the Schonstatt movement, Father Joseph Kentenich.

Reports of the apostolic visitation made in the early 1950s written by Dutch Jesuit Father Sebastiaan Tromp were made known by German scholar Alexandra von Teuffenbach July 2 after she wrote a letter regarding her discovery to German newspaper Die Tagespost and Italian journalist Sandro Magister.

Von Teuffenbach, a former professor of church history at Rome’s Pontifical Regina Apostolorum University, said the testimonies, letters and conversations Father Tromp had with members of the Schonstatt Sisters of Mary, as well as Father Kentenich, revealed “a situation of complete subjugation of the nuns, concealed in a certain way by a sort of family structure applied to the work.”

“Kentenich was the ‘father,’ the founder with absolute power, often equated with God,” von Teuffenbach wrote to Magister. “So much so that in many expressions and prayers it is not clear whether these are addressed to God the Father or to the founder himself.”

The behavior of the founder of Schonstatt, she added, is “a striking example of what Pope Francis probably means when he speaks of clericalism, with the father and founder of the work who sets himself up as the proprietor of the nuns, in soul and body.”

She also praised Father Tromp, as well as the Roman Curia under Pope Pius XII, noting that that the documents revealed an “assiduous and meticulous search for the truth” during the investigation.

The Schonstatt movement was founded in Germany in 1914 by Father Kentenich as a way “to help renew the church and society in the spirit of the Gospel” and is present in over 100 countries around the world, the movement’s website states. It includes priests, nuns and lay members.

The process of beatification of Father Kentenich was opened seven years after his 1968 death.

The day before Die Tagespost’s article regarding von Teuffenbach’s findings were published, Father Juan Pablo Catoggio, superior of the Schonstatt movement, released a statement acknowledging Father Tromp’s visitation in 1950 and the accusations against Father Kentenich, “which led to the 14-year long exile of the founder” to Wisconsin.

However, Father Catoggio said, “these issues were discussed and clarified during the process of beatification opened in 1975” and that all documents regarding the allegations were “made available to the competent church authorities.”

“If doubt regarding the moral integrity of the Schonstatt founder would have remained, his exile would not have finished and the Vatican would have not published a ‘nihil obstat’ (‘no objection’) to open his process of beatification,” he said.

Speaking by phone with Catholic News Service July 2, von Teuffenbach said she decided to make Father Tromp’s findings known in the hope “that the truth will be told.”

“We have in the Gospel that verse that says, ‘the truth will set us free,'” she said.

Von Teuffenbach told CNS that her intention in making the details of the visitation known was not meant to “hurt Schonstatt, because they do many good things.”

“I hope that this does not do damage for Schonstatt, but rather a path so that Schonstatt can have a new beginning, not by venerating a person of this kind, but by doing positive things,” she said.

Nevertheless, she said, the revelation of allegations against Father Kentenich by a Vatican-appointed visitor should mean that “it is not possible to beatify a person who, more than just sexual abuse, committed abuse of power.”

“There must be a necessary process because it cannot continue this way,” von Teuffenbach told CNS. “What they (Schonstatt) have done is create a veneration based on a lie, on a falsehood. And I do not like this. It cannot work” this way.

PREVIOUS: As Congo turns 60, cardinal says the country has failed