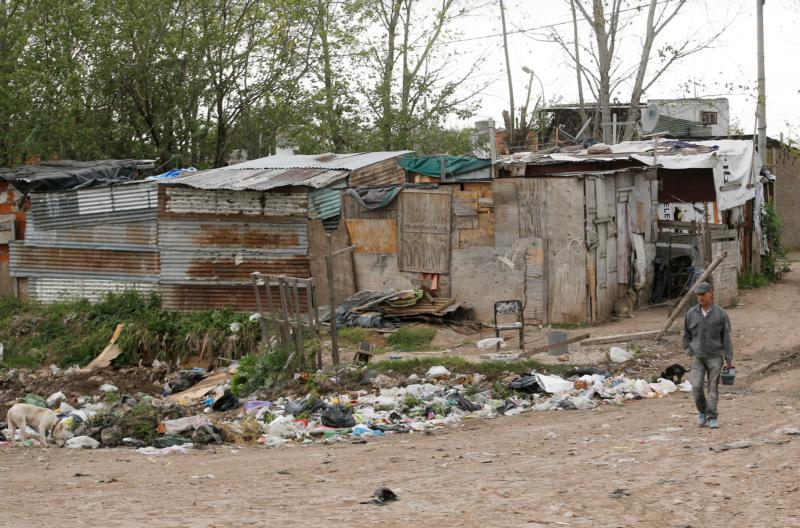 A resident is seen in a file photo walking by a shantytown near Buenos Aires, Argentina. Priests serving the shantytowns surrounding Buenos Aires warn of COVID-19 spreading through their densely populated communities. (CNS photo/Enrique Marcarian, Reuters)

MEXICO CITY (CNS) — A bishop and priests serving the shantytowns surrounding Buenos Aires, Argentina, warn of COVID-19 spreading through their densely populated communities and said an inadequate response from health authorities is causing people to turn to parishes.

“We are entering the most critical moment of the pandemic and our parishes are accompanying their communities with many different actions. We cannot, nor do we want to, to replace the state. But we can and do want to collaborate,” said a June 29 statement signed by Bishop Eduardo Garcia of San Justo, in suburban Buenos Aires, and 11 of his priests.

“We see with increasing urgency the need for a state intelligently existing and dialoguing with the community to respond to the emergency produced by the pandemic,” they said.

The statement from the “curas villeros” — as priests in the shantytowns are known — underscores the difficulties of stopping the spread of COVID-19 in long-neglected communities, which often are populated by migrants and other people often working in the informal economy and not paying taxes.

Argentina has imposed quarantines, which have lasted more than 100 days in the Buenos Aires region — moves priests support as a way to save lives — and restricting people’s movements appears to have kept the death toll lower than other Latin American countries.

The priests, however, listed a litany of problems in the government response to poor areas like the “villas,” as the areas are known. The shortcomings include a health hotline for COVID-19 cases not responding to calls, a lack of testing, test results taking too long and people not being isolated as they await their test results.

“It is necessary to search for strategies that strengthen the link between the state and community organizations,” the statement said. “It’s been our parishes, which have responded to the countless calls for transportation to do things like testing and medical consultations at the hospitals in our district.”

Earlier, a group of priests and Auxiliary Bishop Gustavo Carrara of Buenos Aires complained that ambulance services have refused to enter the villas due to security concerns, an old problem as the villas have traditionally been stigmatized as unsafe and governments have been slow to provide services.

“Too many barrio neighbors have died or bled to death while ambulances have not arrived,” said their June 24 statement. 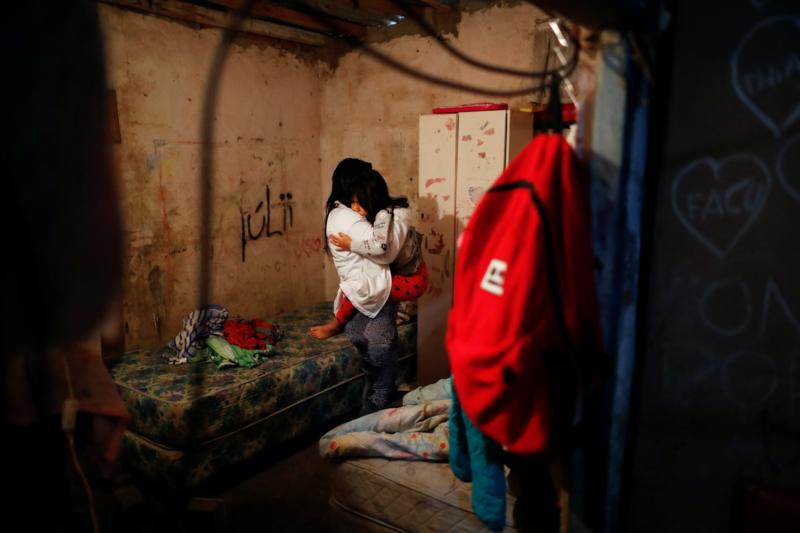 A woman is seen in a file photo putting her daughter to bed in their home in a poor section of Buenos Aires, Argentina. Priests serving the shantytowns surrounding Buenos Aires warn of COVID-19 spreading through their densely populated communities. (CNS photo/Agustin Marcarian, Reuters)