NGOs complying with ban on U.S. foreign aid for abortion 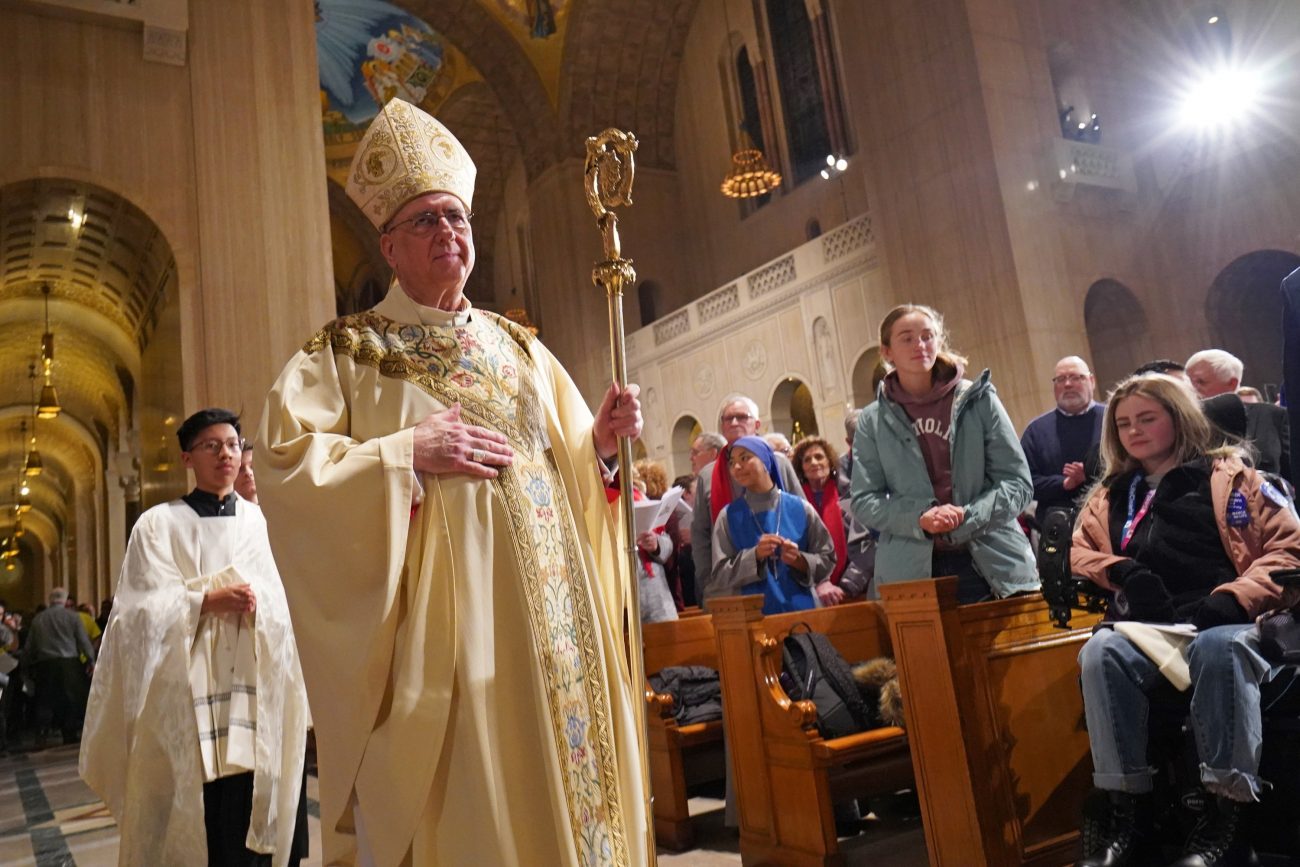 Archbishop Joseph F. Naumann of Kansas City, Kan., chairman of the U.S. bishops' Committee on Pro-Life Activities, processes at the conclusion of the opening Mass of the National Prayer Vigil for Life Jan. 23, 2020, at the Basilica of the National Shrine of the Immaculate Conception in Washington. (CNS photo/Gregory A. Shemitz, Long Island Catholic) 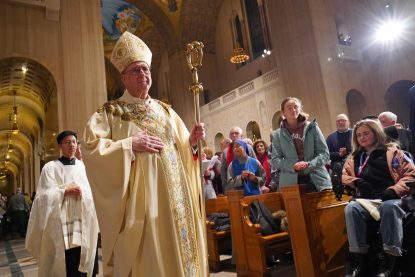 Archbishop Joseph F. Naumann of Kansas City, Kan., chairman of the U.S. bishops’ Committee on Pro-Life Activities, processes at the conclusion of the opening Mass of the National Prayer Vigil for Life Jan. 23, 2020, at the Basilica of the National Shrine of the Immaculate Conception in Washington. (CNS photo/Gregory A. Shemitz, Long Island Catholic)

WASHINGTON (CNS) — The Trump administration has released its second report on implementation of its Protecting Life in Global Health Assistance Policy, which bans all foreign nongovernmental organizations that receive U.S. foreign aid from using the funds to perform or promote abortion as a method of family planning in other countries.

The report shows the vast majority of foreign nongovernmental organizations — 1,285 out of 1,340 — have complied “with this policy with minimal disruption of health services and no reduction in funding.”

In response to the report, Archbishop Joseph F. Naumann of Kansas City , Kansas, chairman of the U.S. Conference of Catholic Bishops’ Committee on Pro-Life Activities, said the Trump administration “deserves our praise for ensuring that U.S. global health assistance funding actually promotes health and human rights, and doesn’t undermine them by promoting abortion.”

“Killing innocent and defenseless unborn children through abortion is not health care,” Archbishop Naumann said in an Aug. 20 statement. “Abortion violates an unborn child’s most basic human right, the right to life, and it also can wound the mother emotionally and physically.”

By executive order Jan. 23, 2017, President Donald Trump reinstated the so-called “Mexico City Policy, which had been suspended by President Barack Obama, and expanded it to create the Protecting Life in Global Health Assistance Policy.

Under this expanded policy “global health assistance” includes funding for international health programs, such as those for HIV/AIDS, maternal and child health, malaria, global health security, and family planning and reproductive health. Opponents of the policy call it a “gag rule” on “pro-choice” groups.

In his statement, Archbishop Naumann said that “an overwhelming majority” of Americans them oppose giving tax dollars to organizations that are more committed to promoting abortion than providing health services.”

The policy expanded by Trump was initially named for Mexico City because it was unveiled at a U.N. conference there in 1984. It was instituted by President Ronald Reagan.

It was reversed by President Bill Clinton in 1993 and reestablished under President George W. Bush in 2001. When Obama first took office as president, he reversed the policy after his Jan 20, 2009, inauguration.

On July 24 of this year, the U.S. House voted 224-189 along party lines for an appropriations bill funding eight federal departments and agencies, including the State Department and its Foreign Operations program, that effectively overturns the Protecting Life in Global Health Assistance Policy.

The bill also weakens the Kemp-Kasten Amendment, which was first enacted by Congress in 1985 and has been used to withhold funding from U.N. Population Fund.