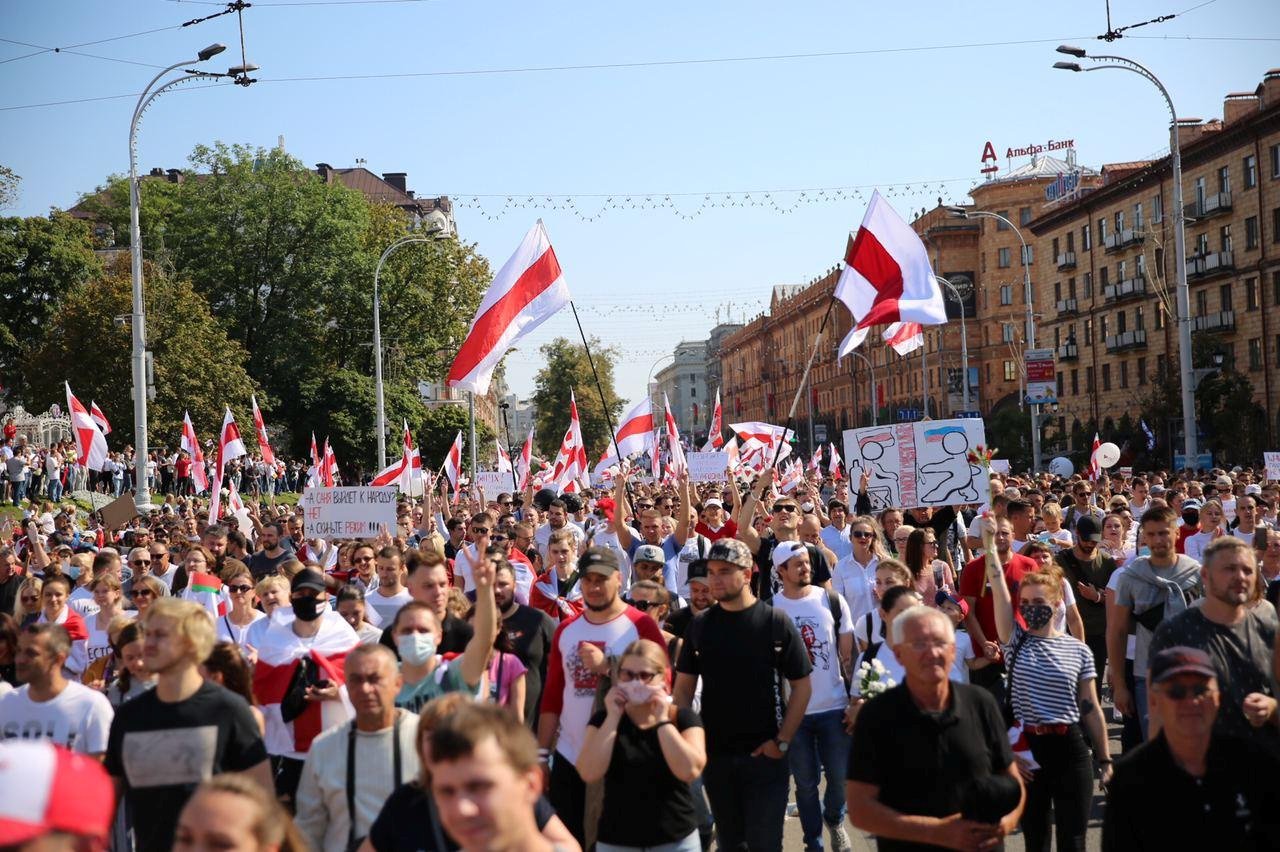 WARSAW, Poland (CNS) — The president of the Belarusian bishops’ conference has been barred from reentering his country from abroad, after warning in a pastoral letter that the nation’s worsening crisis could spill into civil war.

“Returning to Minsk, I was not allowed in at the Kuznica-Bialystok border crossing,” Archbishop Tadeusz Kondrusiewicz of Minsk-Mohilev told the Catholic Information Agency, KAI, in neighboring Poland Aug. 31.

“No explanation was offered whatsoever, even though I’m a citizen of Belarus. I was told I was banned from entering Belarus, nothing more.”

In a statement Sept. 1, Lukashenko said there was information Archbishop Kondrusiewicz might have citizenship in more than one country.

“We’re studying (it), I’m not confirming it. We want to study the issue. If everything is clean and legal, we will act according to the law. We do not care who he is — the top Catholic, Orthodox or Muslim. He must live according to the law,” Lukashenso said.

In his letter, read in Catholic churches Aug. 30, Archbishop Kondrusiewicz said society was “spiritually ill” in Belarus, adding that he had arranged for a statue of St. Michael the Archangel to be carried through the church’s four dioceses in a bid to settle current conflicts.

“Our motherland is experiencing an unprecedented sociopolitical crisis, deepening day by day — in peace-loving and tolerant Belarus, brother has raised his hand against brother, resulting in bloodshed and many injuries,” said the archbishop.

“The difficult economic situation is deeply alarming, and we are threatened with international isolation, while the schism of society increases. … Increasingly, one can hear that the threat of civil war is becoming real, something none of us imagined a few months ago.” 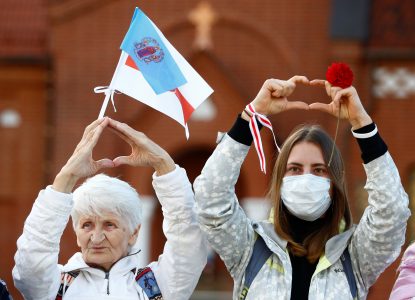 “From the very beginning of the sociopolitical crisis, the Catholic Church has encouraged prayer and called problems to be solved through dialogue, remembering Christ’s words that without him we could do nothing,” Archbishop Kondrusiewicz said.

“This crisis is an inevitable consequence of the sin of lawlessness. It is therefore necessary to confess personal and collective sin and repent, in order to change our lives. Truth should prevail instead of lies, good instead of evil, love instead of hatred, forgiveness instead of condemnation, unity instead of pernicious divisions.”

Meanwhile, Lukashenko, in power since 1994, again denied electoral fraud and was shown carrying a machine gun outside his palace in an official birthday photo.

Church leaders confirmed Catholic clergy and laypeople had been beaten and jailed during protests, while in an Aug. 14 message to state officials, Archbishop Kondrusiewicz said, “The beating of peaceful demonstrators who want to know the truth, their cruel treatment and inhumane detention, is a grave sin on the conscience of those who give criminal orders and commit violence.”

On Aug. 26, the archbishop also condemned the blocking of Minsk’s Sts. Simon and Helena Church by law enforcement agencies and the arrest of protesters who fled inside.

In an Aug. 31 interview with Poland’s Catholic TV Trwam, Archbishop Kondrusiewicz warned the country’s opposition had no clear leader or values, but said he believed a new generation in Belarus had now “grown up to defend its rights.”

“There is reason to believe the election was dishonest — I have repeatedly appealed on behalf of the bishops’ conference for the problems to be resolved through peace and understanding, through a roundtable,” the church leader said.

“Despite the suffering, the Christian approach must be one of forgiveness. But people often do not hear the voice of the church, and I’m afraid the lack of any settlement is threatening a civil war.”

“At this difficult time for us all, let us mobilize in prayer, as well as showing special solidarity and support for each other,” said the bishop, whose message was carried on the church’s Catholic.by website.

“From the experience of our ancestors, who preserved and passed on the treasure of faith as the greatest value during times of persecution, we know prayer has omnipotent power,” he added. 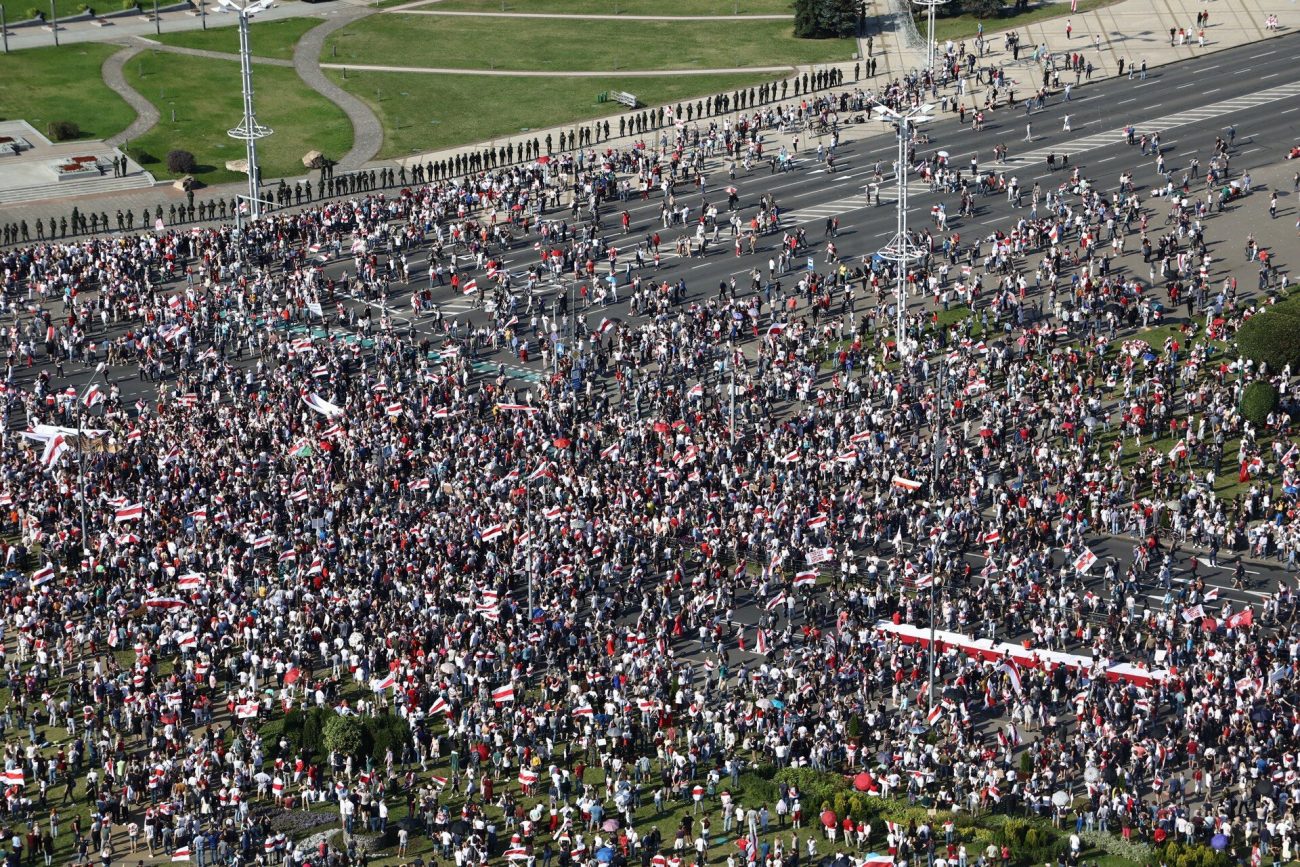 NEXT: Pope applauds initiatives ahead of world day of prayer for creation