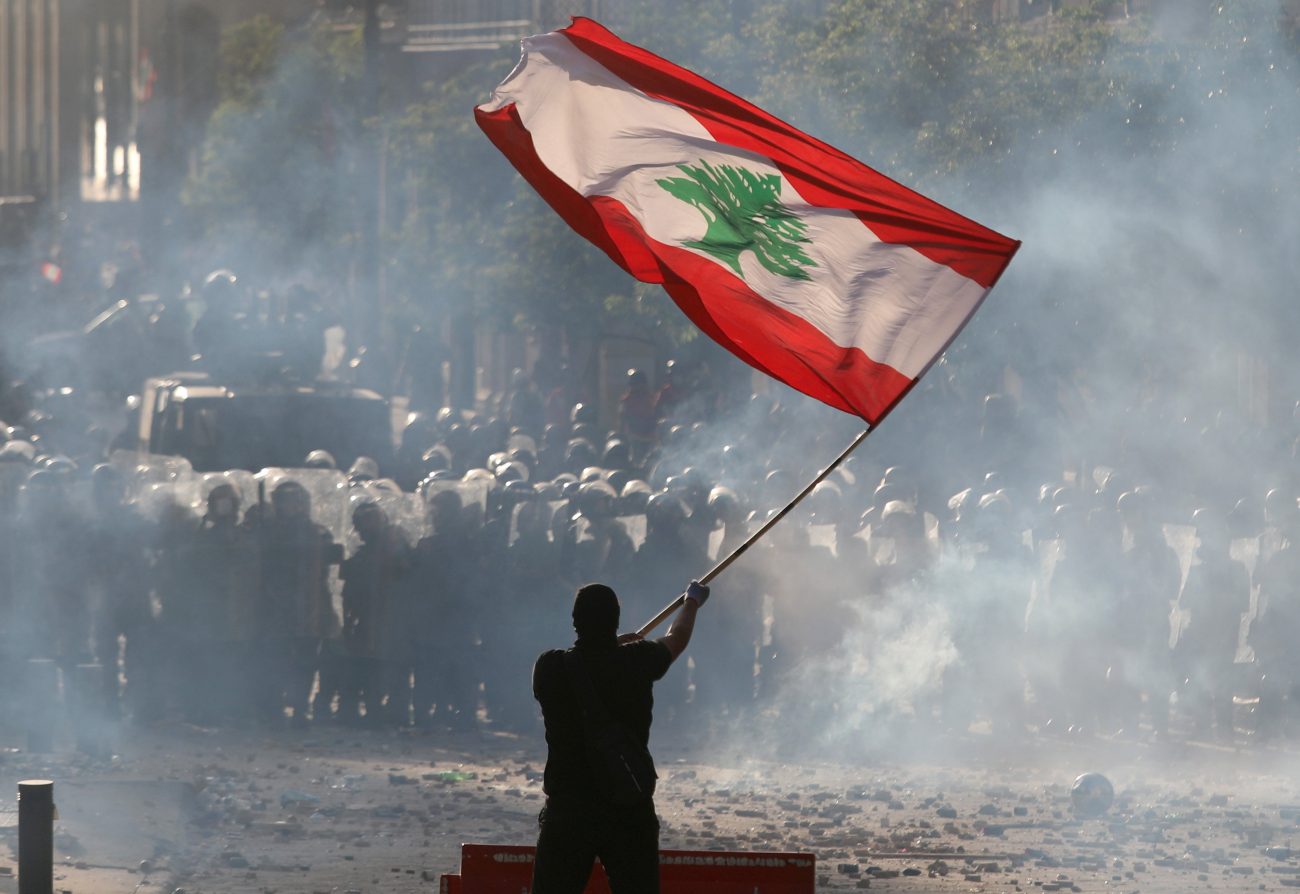 AMMAN, Jordan (CNS) — Viewing the burned wasteland of the Beirut port, one’s eye catches a grey concrete slab in the foreground. It bears this stark message scribbled by the Lebanese in black ink: “My Government Did This.”

On Aug. 10, Lebanon’s Cabinet resigned over the Aug. 4 blasts at the Beirut port, the health minister said, a decision that was made under pressure as several ministers quit or expressed their intention to step down.

But observers believe that the changes many Lebanese demand to reform their political system could require a new electoral law, changes to the constitution and dismantling the sectarian-based system that has ruled Lebanon for decades.

After the explosions, grief-stricken and furious Lebanese took to the streets, battling rubber bullets and tear gas to demand their government’s dismissal over inaction and incompetence. The explosions killed at least 160 people and injured 6,000. A security official was killed as protesters stormed various government ministries.

“They’ve taken our money. They’ve taken our pride. We’ve had enough and we’re not going anywhere,” said one demonstrator, named Aline. Protesters want aid to rebuild the country only to reach the people, without government cronyism.

Vast areas of the capital have been destroyed, leaving 300,000 people homeless, including 80,000 children, according to UNICEF. It’s estimated that $15 billion will be needed in the short term to fix damages and aid the homeless in a city now in tatters and turmoil.

Other Lebanese formed armies of volunteers, sweeping up shards of glass from destroyed buildings. They also rescued the belongings of families whose homes are no longer safe to live in, delivered first aid and food as well as prayed for consolation with those traumatized by tremendous loss.

In his Aug. 9 sermon, Lebanon’s powerful Catholic cleric, Cardinal Bechara Rai, Maronite patriarch, lent his voice to the popular rising tide against political leaders, many of whom were warlords from Lebanon’s 1975-1990 civil war. He called for the Cabinet to resign, saying it cannot “change the way it governs” the country, once known as the “Switzerland of the Middle East,” now ravaged by corruption, financial mismanagement, soaring poverty and hyperinflation.

“The resignation of an MP or a minister is not enough … the whole government should resign as it is unable to help the country recover,” Cardinal Rai said, pointing out that the angry demonstrations exhibited “the impatience of those who are oppressed.”

He also called for an international investigation into the deadly blast and expressed his “deep condolences to the families of the Lebanese martyrs and hope for a speedy recovery for the wounded,” according to his remarks reported by Lebanon’s National News Agency.

Neighboring Jordan sent medical workers to set up field hospitals around the blast site as Lebanon’s health care system was already heaving under the pressure of COVID-19 patients and tending some of the injured. King Abdullah II has sent rescue teams. medical aid and food, joining dozens of other countries providing assistance. He also offered Jordan as a “logistics hub to facilitate international and regional humanitarian assistance to Lebanon,” since its main port is now destroyed.

He made an emotional appeal during his Aug. 9 Angelus to the “bishops, priests and religious of Lebanon to be close to the people and to live a style of life marked by evangelical poverty, without luxury, because your people are suffering, suffering a lot.”

Acknowledging the fragility of coexistence in the multi-sectarian nation at this time, Pope Francis said he is nonetheless praying “that, with God’s help, and everyone’s genuine participation, [Lebanon] may be reborn free and strong.”

The 18 or more distinct religious groups is “something very rich for us,” commented Karim Makdisi, who teaches at the American University of Beirut about Lebanon’s historic model of coexistence.

“The diversity is a huge plus for us. It something that we need to rebuild as fundamentally part of Lebanon as we move forward, but taking it away from those politicians internationally and locally who use it for their own benefit, patronage, clientelism and bleeding the country as parasites, and transform it into something more positive that we can build,” Makdisi said, commenting on the need to overhaul Lebanon’s political system.

NEXT: After election in Belarus, Catholic leaders urge restraint, dialogue