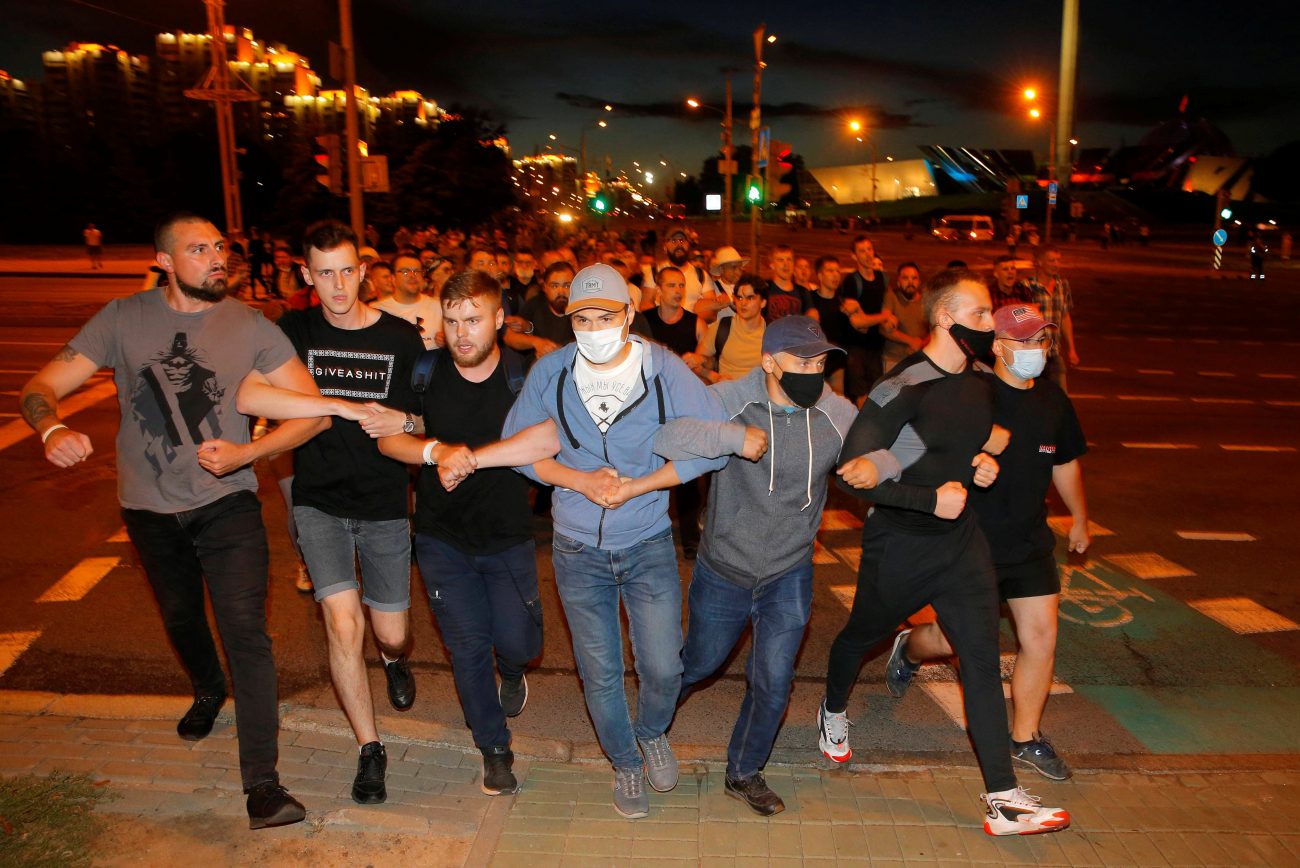 “The two sides clearly have to talk if this dangerous situation isn’t to deteriorate,” said Father Yuri Sanko, spokesman for the Belarusian bishops’ conference.

“Although it isn’t for us to specify what’s needed to defuse the tension, we’ll keep on appealing for every spoken word to be considered carefully to avoid making matters worse.”

In an Aug. 11 message, circulated initially on Facebook, the president of the Belarus bishops’ conference, Archbishop Tadeusz Kondrusiewicz, deplored the “unprecedented tensions” and “spilling of blood in active confrontations” and offered to mediate.

“For the first time in Belarus’ modern history, brother has raised hand against brother,” the archbishop said. “To overcome the crisis, I propose immediately convening an emergency roundtable to decide the future fate of our fatherland.”

Father Sanko told CNS he had no information about harm to Catholics or damage to church property.

“In reality, conditions are far from peaceful, and it’s hard to imagine the protests easing while the whole city center is closed off, preventing people from returning home,” Father Sanko said.

“It wasn’t our church’s task to make particular evaluations of the candidates and programs. We simply pointed out which key points should be taken into account as voters made their choices.”

The nation’s official election commission declared President Alexander Lukashenko the victor Aug. 9 with more than 80% of votes against his nearest rival, Svetlana Tikhanovskaya, a 37-year-old former teacher, who was said to have won 9.9%.

However, the results of the ballot, from which international monitors were barred, were rejected by Tikhanovskaya’s supporters, sparking nationwide protests.

The independent Belsat TV, based in neighboring Poland, said armed police, backed by troops and tanks, had used tear gas, rubber bullets and stun grenades to disperse demonstrators Aug. 10 in the capital, Minsk.

The BBC reported that beatings and cries of help could be heard as protesters were arrested and thrown in police vans amid unprecedented violence by security forces.

Lithuania’s foreign minister, Linas Linkevicius, confirmed Aug. 11 Tikhanovskaya had taken refuge in his country after being detained for seven hours.

The Belarusian government confirmed a protester had died in clashes.

Preaching Aug. 9 at Rakov, Archbishop Kondrusiewicz urged Catholics to recite the rosary “for a peaceful settlement of problems,” recalling a similar appeal had helped avoid civil war in the Philippines in the 1990s.

However, Radio Liberty reported lay Catholics had appealed Aug. 9 to the electoral commission for a “just and honest counting of votes” and launched an internet campaign titled “Falsification: a grave sin.”

“We can’t forbid this, since they are state citizens and have a right to explore the church’s social teaching and make judgments for the benefit of fellow citizens,” the bishops’ conference spokesman said.

“For now, while the situation remains so unclear, we must pray for the peaceful development of our state and society, so we can ensure this crisis doesn’t open up into some wider conflict. But there are some very determined people on both sides, and we must hope things don’t deteriorate more drastically.”

Lukashenko, Europe’s longest-ruling head of state, was last elected in 2015 with 83.5% of the vote, amid claims of ballot-rigging. 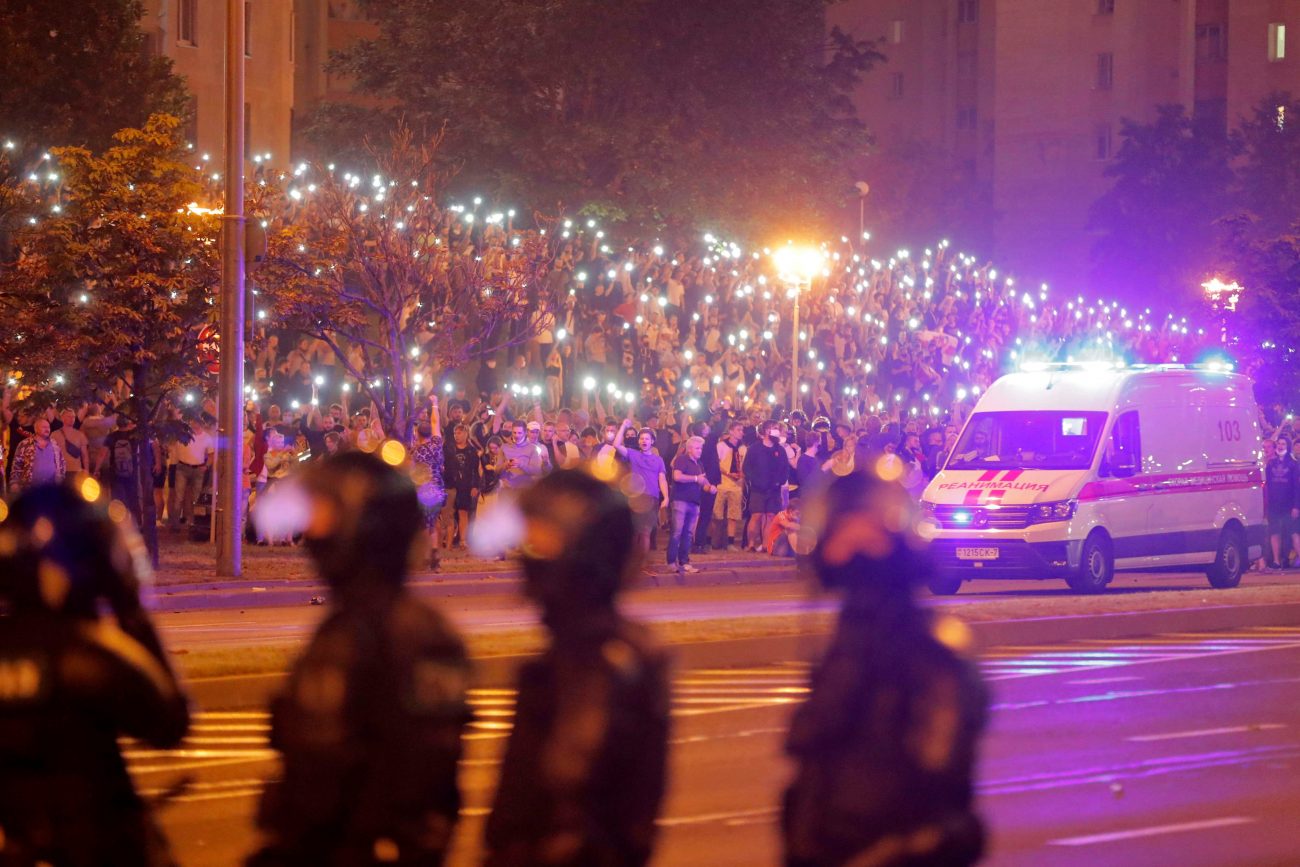