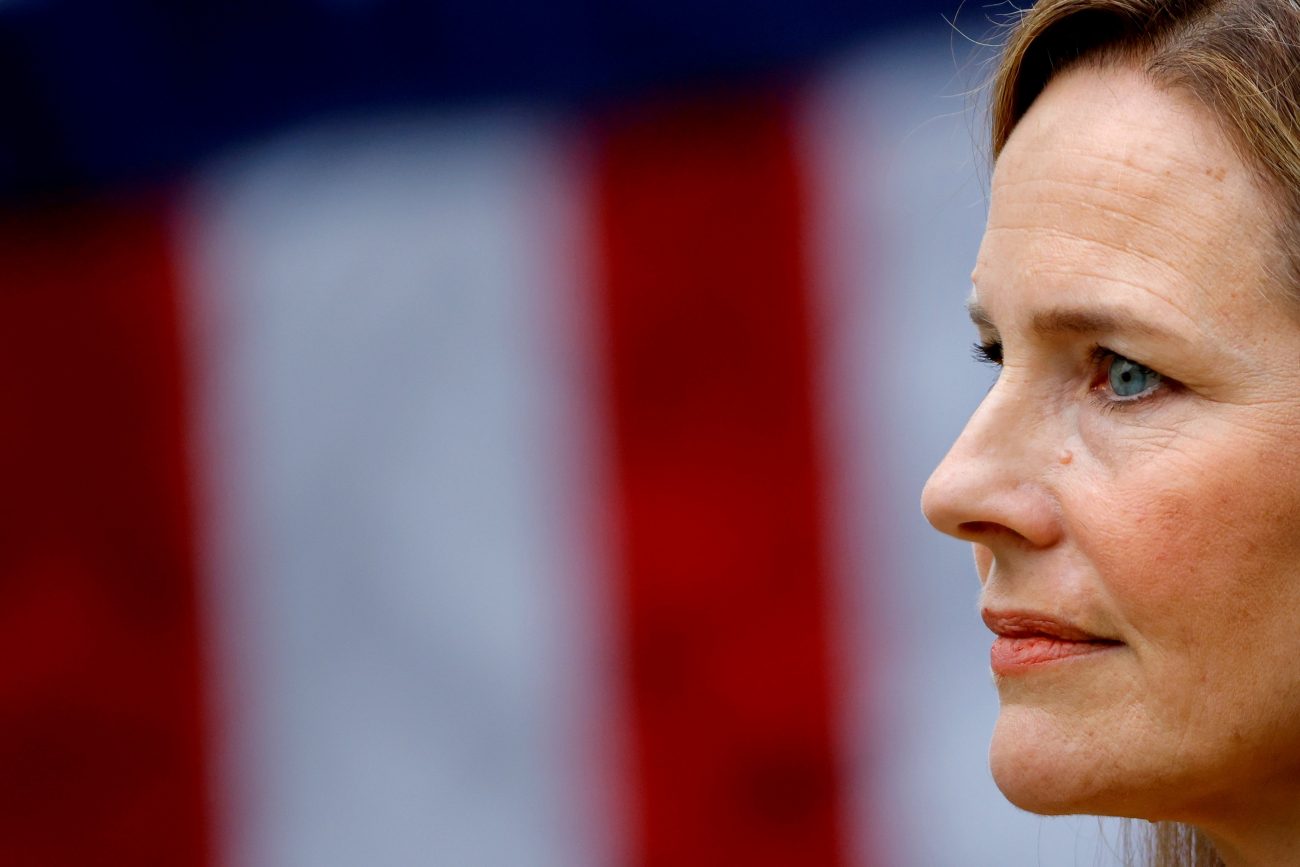 WASHINGTON (CNS) — If Judge Amy Coney Barrett is confirmed to the Supreme Court, she will be the first Notre Dame Law School graduate to sit on the bench of the nation’s highest court and the only sitting justice with a law degree not from Harvard or Yale.

Notre Dame Law School, in South Bend, Indiana, is not just Barrett’s past but very much still a part of her life now since she continues to be on its faculty while serving on the U.S. Court of Appeals for the 7th Circuit.

She began working at the law school in 2002 as a law professor focused on federal courts, constitutional law and statutory interpretation. She has been named distinguished professor of the year by three of the law school’s graduating classes.

Marcus Cole, the law school’s dean, described Barrett as an “absolutely brilliant legal scholar and jurist. She is also one of the most popular teachers we have ever had here at Notre Dame Law School.”

And on a personal note, Cole said Barrett “is one of the most thoughtful, open-minded, considerate and kind people I have ever met. She lives a life of humility and grace, devoted to her family and community. Judge Barrett has served our nation with true distinction from the bench and would continue to do so if she were confirmed to serve on our nation’s highest court.”

The law school also is where she met her husband, Jesse Barrett, who also was studying there. Jesse is a current partner at an Indiana law firm, and the couple’s oldest child of their seven children is a freshman at the University of Notre Dame.

Many of Amy Coney Barrett’s fellow professors, recent students and former teachers have praised her in recent op-eds, stressing her qualifications for the role as Supreme Court justice to fill the seat left vacant by the Sept. 18 death of Justice Ruth Bader Ginsburg.

And during her confirmation hearings with the Senate Judiciary Committee on her nomination to the 7th Circuit in Chicago, every full-time member of Notre Dame Law School’s faculty signed a letter to the supporting her nomination.

“Amy is a role model for all of us, and will be a model of the fair, impartial, and sympathetic judge,” the letter said.

Holy Cross Father John Jenkins, president of the University of Notre Dame, praised Barrett as a Supreme Court nominee in a Sept. 26 statement: “The same impressive intellect, character and temperament that made Judge Barrett a successful nominee for the U.S. Court of Appeals will serve her and the nation equally well as a justice of the United States Supreme Court.”

“An alumna and a faculty member of Notre Dame Law School, Judge Barrett has epitomized the university’s commitment to teaching, scholarship, justice and service to society,” the priest said. “She is a person of the utmost integrity who, as a jurist, acts first and foremost in accord with the law.

“I join her colleagues in the law school and across the campus in congratulating her on the nomination and wish her and her family well through what has become, sadly, a personally bruising confirmation process.”

Many in Rose Garden crowd were not wearing face masks, nor were they seated with social-distanced gaps. Video footage showed Cole wearing a mask, but not Father Jenkins, who also was shown shaking hands. His actions sparked criticism on social media since the university president has urged students and faculty to wear masks and practice social distancing on campus during the COVID-19 pandemic.

A statement by a university spokesman, reported in Notre Dame’s student newspaper, The Observer, said Father Jenkins and Cole received COVID-19 testing near the entrance to the White House and, after getting a negative result, were allowed to remove their masks before being escorted to the Rose Garden.

The statement also said that Father Jenkins would consult with the university’s wellness center to determine if quarantine or further testing is needed after his travel to Washington.

NEXT: Cathedral, church in San Diego area desecrated with graffiti