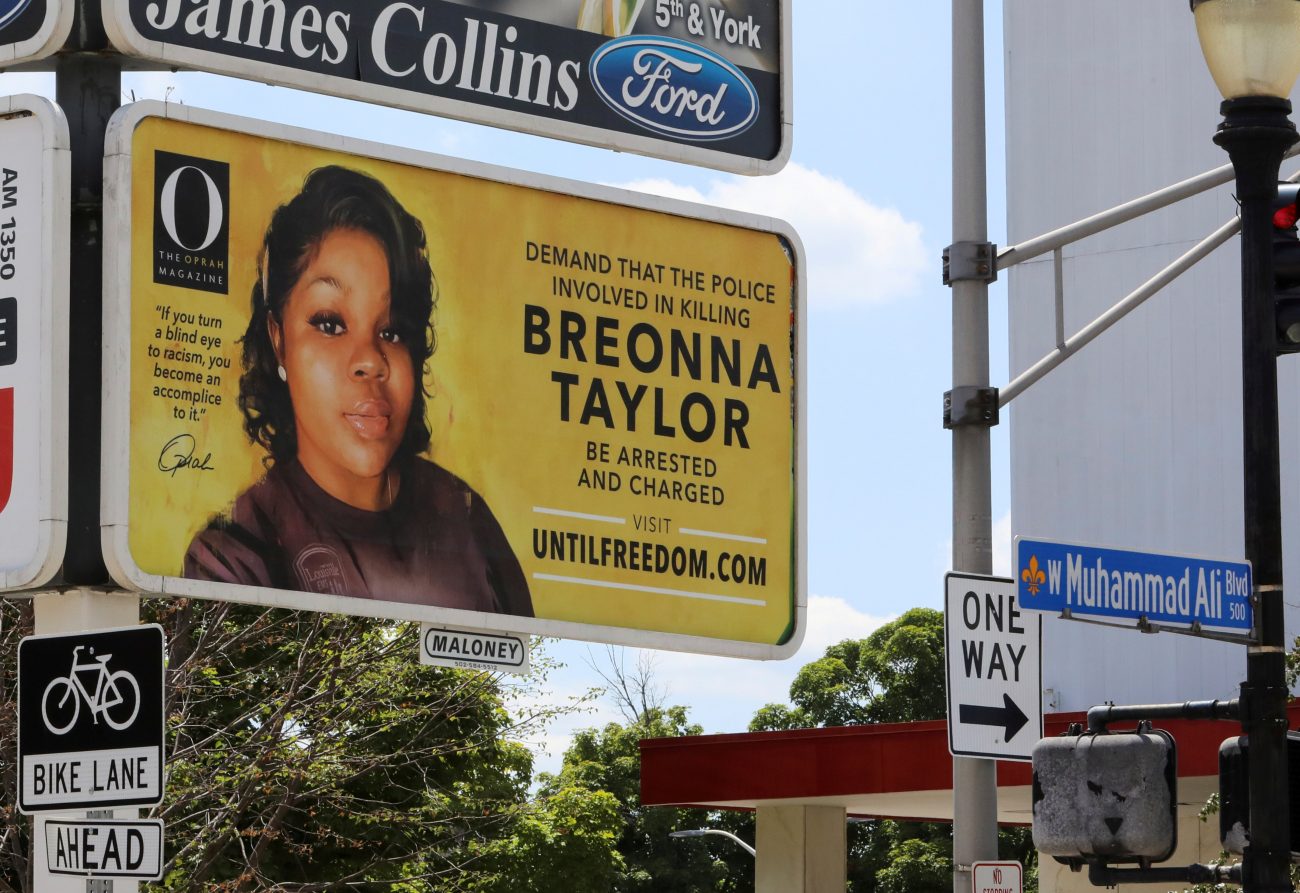 A billboard of Breonna Taylor is seen in Louisville, Ky., Aug. 7, 2020. A police officer involved in her death was been indicted by a grand jury Sept. 23 on three counts of wanton endangerment in the first degree. (CNS photo/John Sommers II, Reuters)

LOUISVILLE, Ky. (CNS) — Archbishop Joseph E. Kurtz of Louisville in a statement Sept. 23 said people should now “come together to work for racial justice,” whatever their reaction is to decisions by the grand jury and the office of Kentucky’s attorney general in the March 13 fatal shooting of Breonna Taylor by police.

“I again join with citizens throughout our community and the nation in mourning the tragic death of Breonna Taylor,” the archbishop said.

“There is no question that our nation’s original sin of racism continues to destroy and harm the lives of persons of color and that racism extends through so many systems of our society … educational, economic, religious, housing, criminal justice, voting and employment,” Archbishop Kurtz said.

“Our church stands ready to work with civic, community, educational, business, and nonprofit partners to address these issues,” he added.

Taylor, 26, was fatally shot after three Louisville police officers entered her apartment executing a search warrant. Officers Jonathan Mattingly, Brett Hankison and Myles Cosgrove knocked before forcing entry, but how the officers announced their identity before forcing entry has been disputed, according to news reports.

Taylor’s boyfriend, Kenneth Walker, fired a gun at the officers he said he believed to be intruders, who fired over 20 shots in turn. Taylor was shot five times.

On Sept. 23, a much-anticipated decision by the grand jury was handed down. It said Mattingly and Cosgrove shot in self-defense. Hankison, who was fired from the police department in June, was indicted on three counts of wanton endangerment in the first degree for shooting into neighboring apartments.

Demonstrators took to the streets in Louisville and in other U.S. cities protesting the grand jury’s decision and demanding justice for Taylor and demanding the police be held accountable for her death.

Some of the protests turned violent, including in Louisville, leading to clashes with police. In that city, two police officers were shot by a protester. One officer was shot in the abdomen and required surgery. Both officers are expected to recover from their injuries.

Attorney General Daniel Cameron said at a news conference that his office’s investigation determined that Mattingly and Cosgrove were justified in their actions and that they had announced themselves as police officers before the shooting began.

Cameron, who is Kentucky’s first Black attorney general, called on people to reject violence in response to the grand jury decision.

In his statement, Archbishop Kurtz added: “I join with people of faith and goodwill to plead for peace and the rejection of violence as citizens exercise their first amendment right to protest. Let us all join in prayers for Breonna Taylor’s family and friends and for justice, peace and healing in our community.” 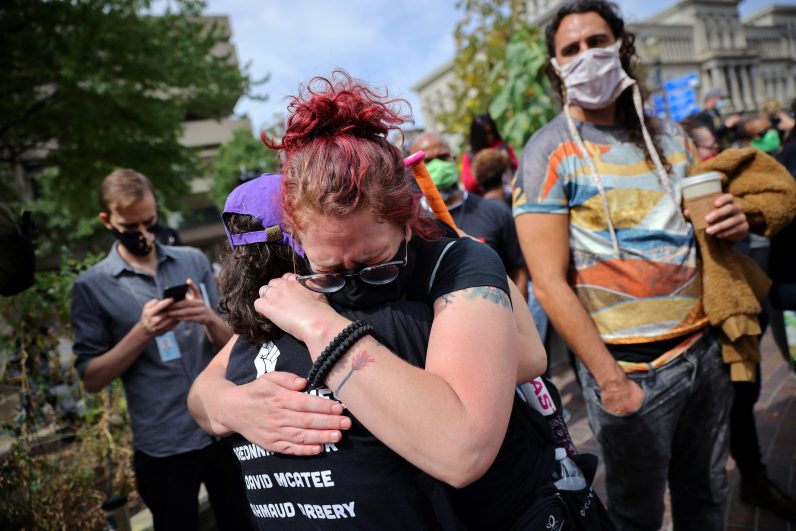 People in Louisville, Ky., react Sept. 23, 2020, after a grand jury handed down an indictment for one of three police officers involved in the fatal shooting of Breonna Taylor. The police officer was indicted on three counts of wanton endangerment in the first degree. (CNS photo/Carlos Barria, Reuters)