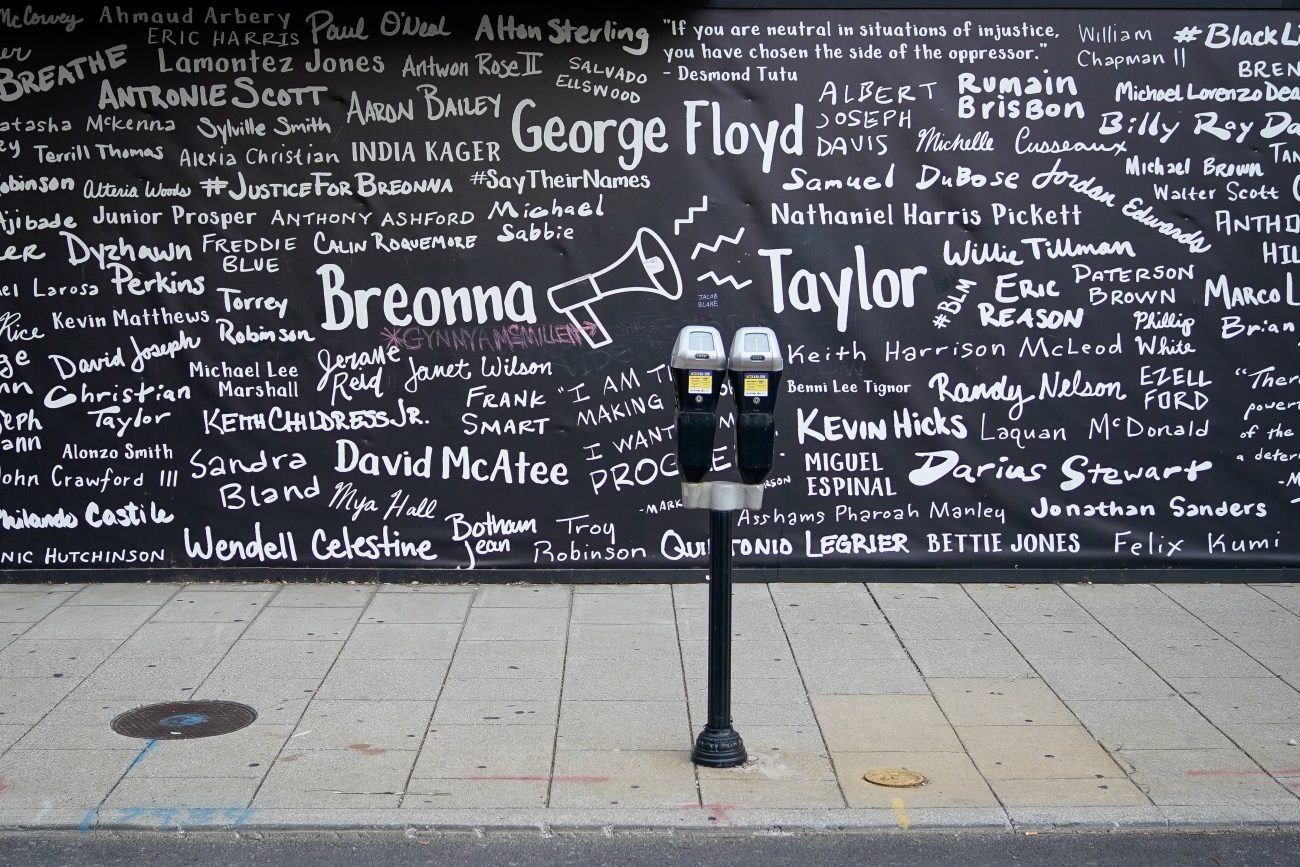 MEMPHIS, Tenn. (CNS) — The Black Lives Matter movement “seems to have a small presence here in town,” said Deacon Emmett “Chip” Jones, who is a parishioner at the Church of the Incarnation in Collierville, Tennessee.

“The summer heat has largely curtailed them here,” noted the deacon, who owns a small residential and business painting firm.

Before that, the several protests “we had — day and night — were largely peaceful,” he said, adding that “they also seem to be concentrated around the state.”

The demonstrators are “trying to change the world,” said the African American deacon, ordained for the Memphis Diocese in 2000.

The movement, in ongoing protests around the country, is calling for an end to police brutality against Black people and for justice and equality for Blacks across the spectrum of U.S. society, including the criminal justice system, the economic structure, and housing and job opportunities.

The Black Lives Matter organization was founded in 2013 in response to the acquittal that year of the accused murderer of Trayvon Martin, a young African American man who was fatally shot in 2012 by George Zimmerman, a neighborhood security guard. Today it is a global network working to eradicate white supremacy and build local power structures to address violence it says is inflicted on Black communities.

The “What We Believe” section of the organization’s website says: “We work vigorously for freedom and justice for Black people and, by extension, all people.”

Deacon Jones has some concerns as a Catholic about other principles the organization supports.

For example, the organization is on record as promoting goals such as disrupting “the Western-prescribed nuclear family structure requirement,” in favor of “supporting each other as extended families and ‘villages.'” It describes itself as a “queer-affirming network,” doing so with “the intention of freeing ourselves from the tight grip of heteronormative thinking.”

“Again, if you visit the website, you will find the organization is concerned about a lot more than simply addressing those issues left by the legacy of slavery, and its views are not compatible with our teachings,” said Deacon Jones, adding that “their statements are problematic.”

“We can work with them along a very narrow, prescribed set of circumstances, but so should all of the other faiths which minister in those same affected areas — poverty, education, criminal justice and the LGBT community,” Deacon Jones told Catholic News Service.

He added, “I have spoken when doing my evangelism about how our focus is on the dignity of all people, and about the different approaches they (the formal Black Lives Matter organization) take to such issues as gender equality.”

“Please keep in mind, though, that we do not see them as being inherently evil, but it’s just that some of their goals are very disruptive to the basic foundations of the Catholic Church,” said Deacon Jones.

The deacon said he has long struggled with, “the legacy handed down to us (by slavery) and among many things, I educated my four daughters from an early age about traffic stop behavior” when they’re stopped by police.

Deacon Jones — and the moral leadership in his diocese– also is concerned about the very real threat posed by gun violence and the socioeconomic inequalities many say cause it.

“Yes, Memphis has a reputation of being a violent city — largely related to criminal activity — but to be honest you also must revisit its past history and ask yourself if the gangs, for example, are not trying to replace something that is missing from — say — the ’60s, like civil rights protests.”

A top official of the Knights of Peter Claver, which is based in New Orleans, gave his perspective on Black Lives Matter in an interview with CNS.

“Our focus here is on preserving the dignity of Black life from the moment of conception to end of natural life,” said Grant A. Jones, the Knights’ executive director.

The organization was founded November 1909 to allow men of color to have a place in Catholic society and the church. Today, it operates in 60 archdioceses and dioceses in the U.S., participating in the charitable appeals of many Catholic institutions.

Jones told CNS that the Black Lives Matter movement as it is now better understood by a greater majority is a positive thing –- allowing people of all races to stand against the inequities and devaluing of Black lives.

However, the problem, as the Knights see it, he said, “is that the message is being hijacked (by others) — on television for example — with images that politicize it and draw people away from its mission.”

“When it comes to valuing lives, we here at KPC have never considered that the lives of other races are worth any less than those of Blacks, but we simply want greater recognition that Black lives, when it comes to criminal justice, education and health care, are at a greater disadvantage,” said Jones (no relation to the Memphis deacon).

He explained that “while the organization portion of BLM’s position advocates some things that are directly opposed to the teachings of the Catholic Church, our focus on the dignity of Black lives should not be confused with those counter-teachings.”

As the father of grown children and a grandfather, Jones also has strong personal feelings about Black life in the midst of a pandemic.

“As I have said, we are concerned about the total dignity of Black life — access to proper health care, knowing that our children are not going to school hungry,” and, with two daughters who are teaching school, the issue of the reopening of schools “affects me personally,” said Jones.

“We support reopening schools in a proper, safe environment, but not one where the COVID-19 cases are surging; some schools here in New Orleans are planning in-person learning, but my grandson – who attends a Catholic school — is being given the option of virtual learning or attending school in person,” said Jones.

PREVIOUS: ‘Live the Gospel of Life’ is theme for Respect Life Month this October

NEXT: Church ready to work with all partners ‘for racial justice’