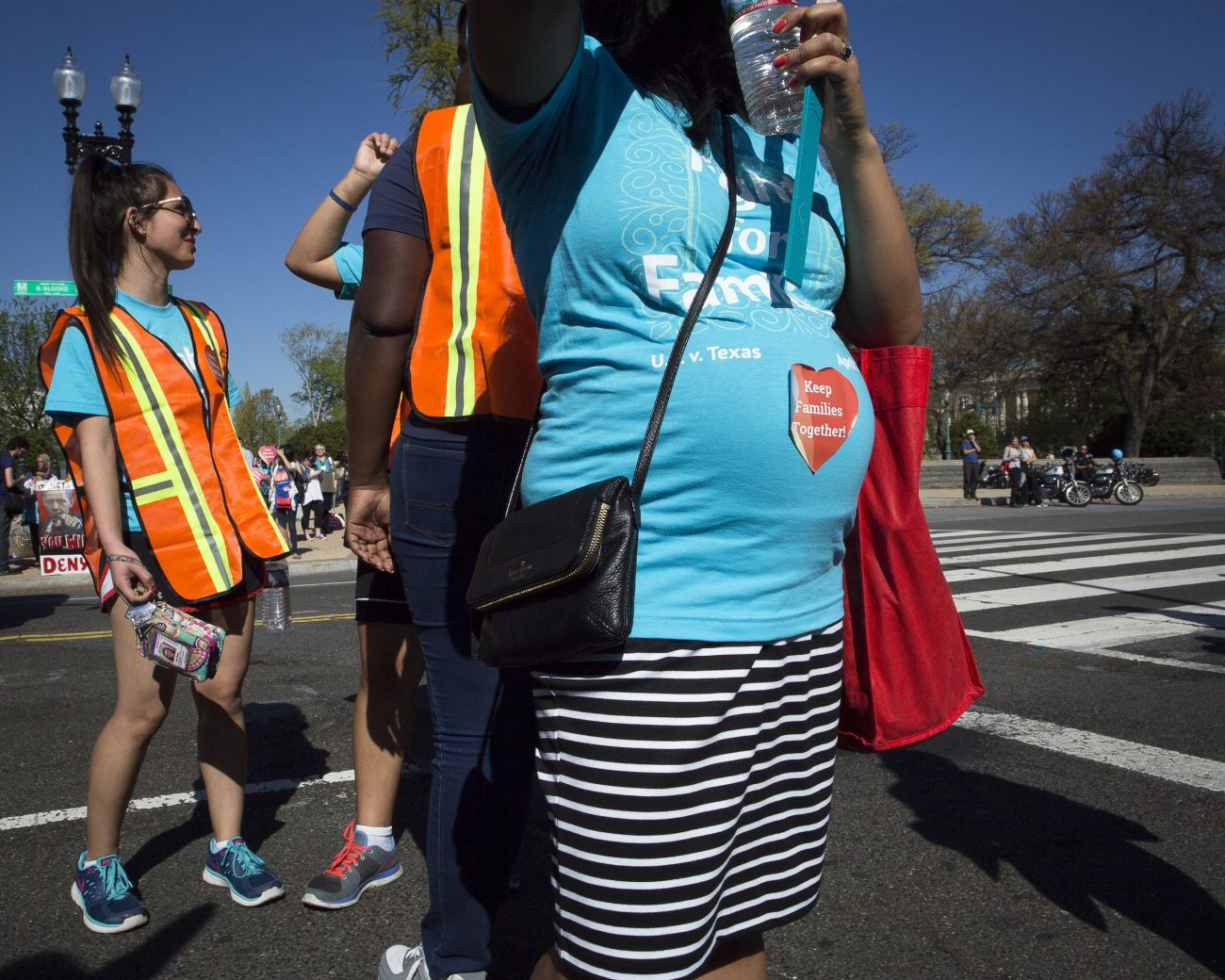 A pregnant woman is seen outside the U.S. Supreme Court in Washington in this 2016 file photo. The Pregnant Workers Fairness Act was passed with a bipartisan vote by the House Sept. 17, 2020. (CNS photo/Tyler Orsburn)

WASHINGTON (CNS) — The National Advocacy Center of the Sisters of the Good Shepherd said House passage of the Pregnant Workers Fairness Act Sept. 17 is a “huge win for women.”

The measure, H.R. 2694, prohibits employment practices that discriminate against making reasonable accommodations for job applicants or employees affected “by pregnancy, childbirth, or related medical conditions.” This applies to private sector employers with over 15 employees as well as public sector employers.

“Thank you to the House of Representatives for passing in overwhelming numbers the Pregnant Workers Fairness Act. This vote respects both the dignity of the worker and the dignity of the human person,” said a statement from the center, which is based in the Washington suburb of Silver Spring, Maryland.

It also says that workers denied a reasonable accommodation under the Pregnant Workers Fairness Act “will have the same rights and remedies as those established under Title VII of the Civil Rights Act of 1964. These include lost pay, compensatory damages and reasonable attorneys’ fees.”

“Similar to the Americans with Disabilities Act, employers are not required to make an accommodation if it imposes an undue hardship on an employer’s business,” said a fact sheet on the bill from the House Committee on Education and Labor, chaired by Rep. Robert C. “Bobby” Scott, D-Virginia.

The bill was passed in the House with overwhelming bipartisan support. It now awaits a vote in the U.S. Senate.

The Good Shepherd sisters’ advocacy center in its statement praised the bipartisan support for H.R. 2694, saying it was “reassuring to see members of both sides of the aisle — Democrats and Republicans — come together for the good of others and for socially just legislation.”

“With the COVID-19 health pandemic ravaging the country, the need for these protections is vital,” the House Committee on Education and Labor said in a statement. “Women comprise 64% of front-line workers and pregnant people might be at an increased risk for severe illness from COVID-19.”

Evidence suggests that those who are pregnant and contract the virus “are more likely than nonpregnant women to be hospitalized,” it said.