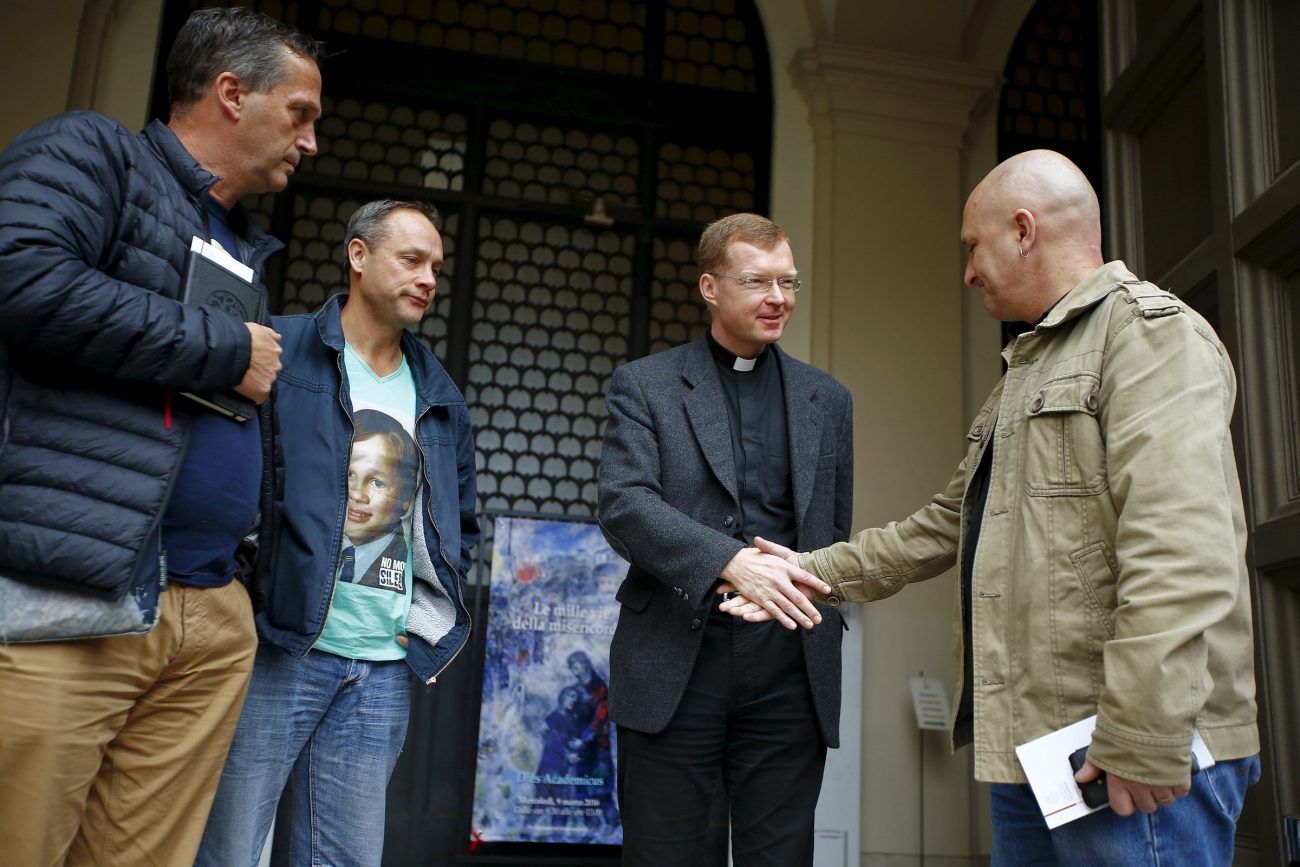 VATICAN CITY (CNS) — In reporting historical and recent abuse of minors, the media should broaden its focus to include portrayals of survivors as active agents of reform, one survivor said.

Interviewing survivors about their abuse and the emotional impact of it brings an important “human face” to the crimes, said Mark Vincent Healy, an advocate in Ireland for safe spaces, care and services for survivors of child sexual abuse.

But reporters also should be asking them “the bigger questions” about ongoing injustices, unnecessary hurdles and the kind of response and care that would truly help, he said.

In some media portrayals, “your whole life can be frozen in time” to that specific span of events in the past, he said; such treatment casts survivors “in a pretty tight narrative.”

“They don’t have to just be victims. They can contribute, be given ownership as participants and instigators of change, (as) people who are building something out of their pain,” he told Catholic News Service by Skype in late August.

Healy has used his skills and experience to push for justice and redress decades after his own abuse as a young student at a Spiritan-run school in Dublin. He works with other survivors and advocates for more effective and broader changes, designed to promote greater accountability and care by all sectors, including government and the European Parliament, to help all victims of child sexual abuse.

“I found catharsis” in working with other survivors, he said, and by dedicating himself to advocacy work, “everything that seemed a negative made me even more positive.”

Highlighting more of the inspiring aspect of survivors’ lives is something Healy and Jesuit Father Hans Zollner, a safeguarding expert, would like to see explored more deeply by the media.

Media could be more proactive in reaching out to survivors to know what they have been doing, what they found helpful, where justice was done and what made them feel safe, respected and “dignified,” Father Zollner, who is a member of the Pontifical Commission for the Protection of Minors and the president of the Centre for Child Protection at the Pontifical Gregorian University in Rome, told CNS.

Healy said that by asking survivors, “What do you want” and need, people also would see a totally “different world” from the “battlefield” they face in litigation, lawsuits and struggles for compensation and care.

The way out of that “nightmare,” he said, would be a world of immediate and ongoing “charitable therapeutic support” in which people acknowledge that survivors, too, have “a dream like everyone else has, to function and attain independence.”

By being a space where survivors air current concerns and propose solutions, the media “could change the game, change the focus” of how the church responds in general, he said.

Healy said the church has to “stop pretending they’re doing it right by saying, ‘Meet us in court.’ This is not an option if the outcome is so damaging.”

The church must recognize its purpose is not to worsen the state and situation of people who were harmed, he said; “Behave as Jesus Christ would. Care for them. Don’t bring them to this arena (of litigation); it is ungodly and not the place of Christ.”

It is not about inviting survivors back to Mass, he said.

“It is a mission. There is real work to do, a new order to go out to meet with survivors, children of the faith who have been scattered, who have either grown in anger or resentment or indifference toward the representatives of the Catholic faith, with but a few who clung on, needing not to lose a faith community despite the challenges of doing so,” said Healy, who was one of six survivors invited to meet privately with Pope Francis in 2014.

The work that needs doing is to help to bring reconciliation and alleviate the pain and distress in victims, in their families and in their community, he said.

Father Zollner said the church “could reach out actively and invite survivors to come forward” to a safe space to talk about their experience; however, it hasn’t been easy to make that work.

For example, the bishops in the Netherlands made that kind of invitation in 2002, right after the huge media coverage of widespread abuse and negligence in the Archdiocese of Boston.

But only few people came forward, Father Zollner said, and it wasn’t until there was a second wave of allegations hitting central Europe in 2010 when “many more victims of abuse came forward in the Netherlands.”

One of many reasons for the delay in coming forward, he said, was people “first need to feel that they are really being listened to, that they are really respected, and that this is not some kind of ‘deal'” or manipulation where they can come forward but are then expected to keep quiet.

Survivors need to feel it is safe to tell the truth about what they experienced, and “they speak out once they come to know you and they come to trust you,” which can be very difficult after their trust has been so shattered, he added.

“People in the church, across all countries, need to listen to the voices of survivors toward developing a ministry with survivors and for survivors. The ‘with’ is important. You cannot, as a church that has harmed these people pretend that you knew (then) and know now what to do. This has to be found out with a group of survivors; survivors — without question — must be instrumental to healing the church,” he said.

The church also should recognize the many skills and the potential survivors have, not just in safeguarding, the Jesuit said; they also should be encouraged to be active participants in everything from parish life to schools and social ministry, even be advisers to bishops and other church leaders.

“They have truly carried the cross; their stories and witness can help priests, seminarians, religious and laypeople who may be associated with the scandal in the church. Many survivors yearn to pass on their faith; the church would be a better church if there were more opportunities for survivors to be part of the evangelization that Pope Francis calls for,” he added.

The measure for knowing whether systems and responses are working, Healy said, is asking, “Are survivors better off? Are there less stressors?”

The redress and rehabilitation they need must cover “all aspects,” like assistance with education, employment and ongoing therapy and support.

“We’re not just here to survive. Your life needs to be made fruitful; there is in you a fruitful, purposeful life to live and this is part of the responsibility of those who caused the abuse to help restore,” said Healy.

PREVIOUS: Pope applauds initiatives ahead of world day of prayer for creation

NEXT: Pope calls for day of prayer, fasting for Lebanon Sept. 4