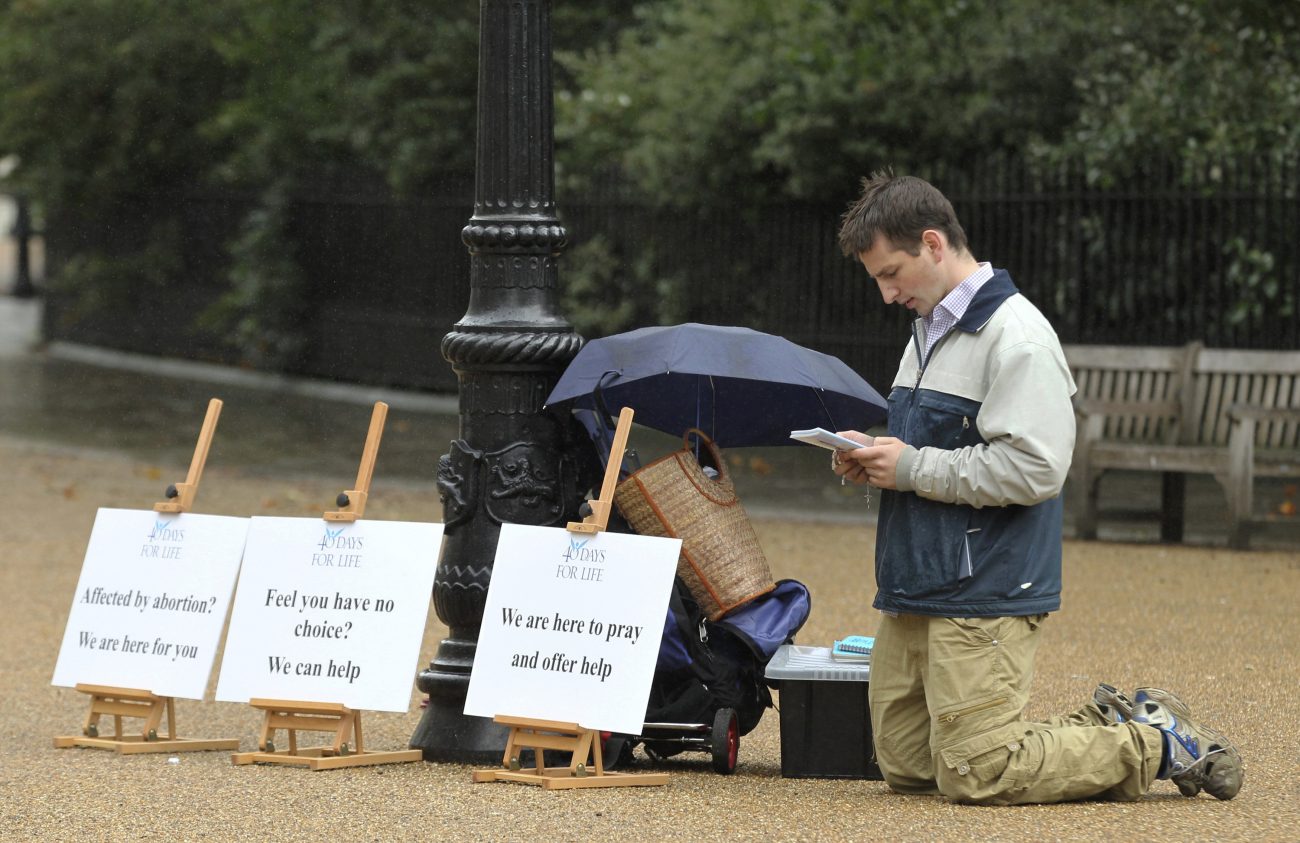 A pro-life activist is pictured in a file photo kneeling in prayer outside a London abortion clinic. British bishops have expressed sadness over an increase in abortion numbers. (CNS photo/Olivia Harris, Reuters)

MANCHESTER, England (CNS) — Catholic bishops said they were disappointed by figures showing abortions in England and Wales were at their highest recorded level.

The statistics released Sept. 10 by the Department of Health revealed that 109,836 abortions were performed in the first six months of 2020.

The figures represent an increase of nearly 4,300 over the same period of 2019, a year that saw 200,608 abortions, the highest number recorded in England and Wales.

In a Sept. 11 statement, the Bishops’ Conference of England and Wales said, “We mark the tragic loss of the lives of so many unborn babies with deep sadness and regret.”

“It is hugely disappointing that so many mothers felt that they could not continue with their pregnancies, and we look forward to a time when women are given the genuine support they need to have children no matter what their circumstances,” the statement added.

Right to Life, a pro-life lobby group, said in a Sept. 10 statement that the rise coincided with a temporary measure to permit so-called Do-It-Yourself medical abortions in private homes during lockdown.

The policy, which was introduced in March, was criticized by the bishops. Since then, the government has since announced it is considering retaining the home abortion plan after other temporary pandemic measures have been lifted.

Earlier in September, abortion statistics released by Public Health Scotland showed the number of abortions carried out in Scotland in 2019 were the second-highest on record.