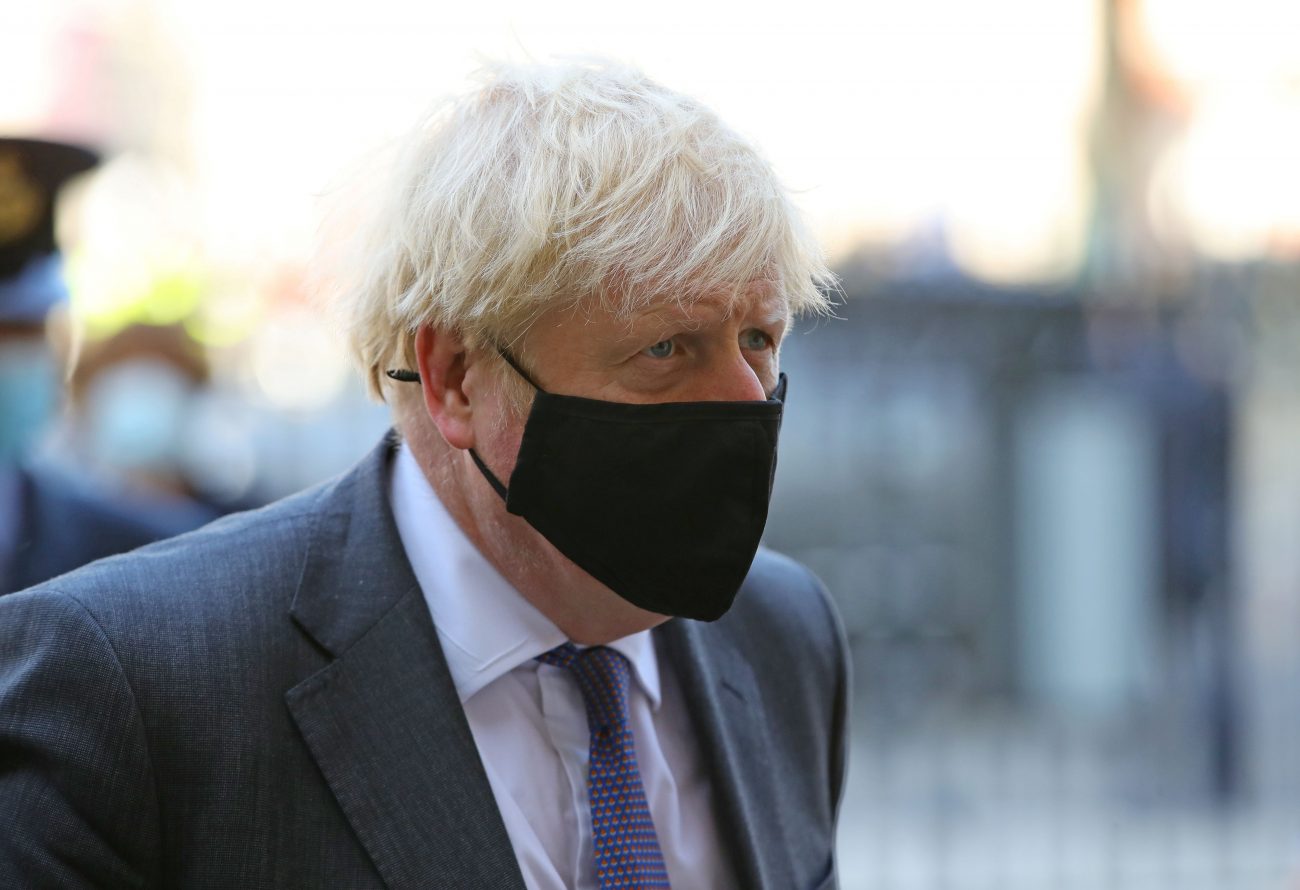 British Prime Minister Boris Johnson is pictured in London Sept. 20, 2020. In a private ceremony, Johnson and his fiancee, Carrie Symonds, had their 4-month-old son baptized Sept. 12 in the Lady Chapel of London's Westminster Cathedral. (CNS photo/Chown/PA Wire/Pool via Reuters)

A statement from the Archdiocese of Westminster, which covers the English capital north of the River Thames, confirmed that the baptism of Wilfred Johnson took place in London’s Westminster Cathedral.

“We can confirm that Wilfred Johnson was baptized in Westminster Cathedral on Sept. 12, 2020, in a private ceremony, attended by both parents and a small number of guests, in keeping with current (COVID-19) guidelines,” said the statement Sept. 22.

The government had revealed the baptism of the 4-month-old boy Sept. 21 to disprove claims in the media that the prime minister had taken time off work to make a social trip in Italy as the U.K. began to wrestle with a second wave of the coronavirus.

Johnson dismissed the allegations that he had been seen in Perugia on the weekend of Sept. 12 as “completely untrue,” with his spokesman inviting the media to “confirm with the priest” that he had attended his son’s baptism that day.

U.K. media later identified the priest who had baptized Wilfred as Father Daniel Humphreys, the acting administrator of the cathedral, and said he had performed the ceremony in the Lady Chapel.

Johnson’s sixth child was born April 29 and baptized Wilfred Lawrie Nicholas, partly after the grandfather of his fiancee, Carrie Symonds. Symonds’ grandfather was named Nicholas, as well as two doctors — Nicholas Price and Nicholas Hart — whom Johnson said had saved his life when he contracted COVID-19 earlier that month.

Johnson separated from Marina Wheeler, his second wife and mother of four of his children, in 2018 because of his affair with Symonds, who has become the first unmarried partner of a British prime minister to move into Downing Street, the official London residence.

Symonds is a Catholic and Johnson was baptized a Catholic because it was the faith of his mother, Charlotte Johnson Wahl, making him the first baptized Catholic to serve as a British prime minister.

His predecessor, Tony Blair, whose wife, Cherie, is a Catholic, converted to the faith in 2008, only after he had stepped down from office.

Johnson, however, abandoned the Catholic faith of his early childhood when chose to join the Church of England while a student at Eton College.

He has seldom shown himself hostile to religion and last year declared that he would “always prioritize protecting religious freedoms and stand up for those facing persecution.”

Just two days after the baptism of his son, Johnson faced criticism from the Catholic Church because of the robust approach to taking Britain out of the European Union by the end of the year, which included a threat to break international law if the EU attempted to introduce tariffs between Northern Ireland and the rest of the U.K.

Cardinal Jean-Claude Hollerich of Luxembourg, chair of the Commission of the Bishops’ Conferences of the European Union, told the German Catholic news agency KNA that Johnson was behaving “like a populist.”

“Such dangerous tendencies can be very damaging to the world order,” said the cardinal in the Sept. 14 interview. “I hope that the citizens of the EU and the U.K. will stay friends and not break too much china.”

PREVIOUS: Cardinal says he has ‘unpleasant’ job of disciplining theologians

NEXT: True change requires input of everyone, not just the powerful, pope says