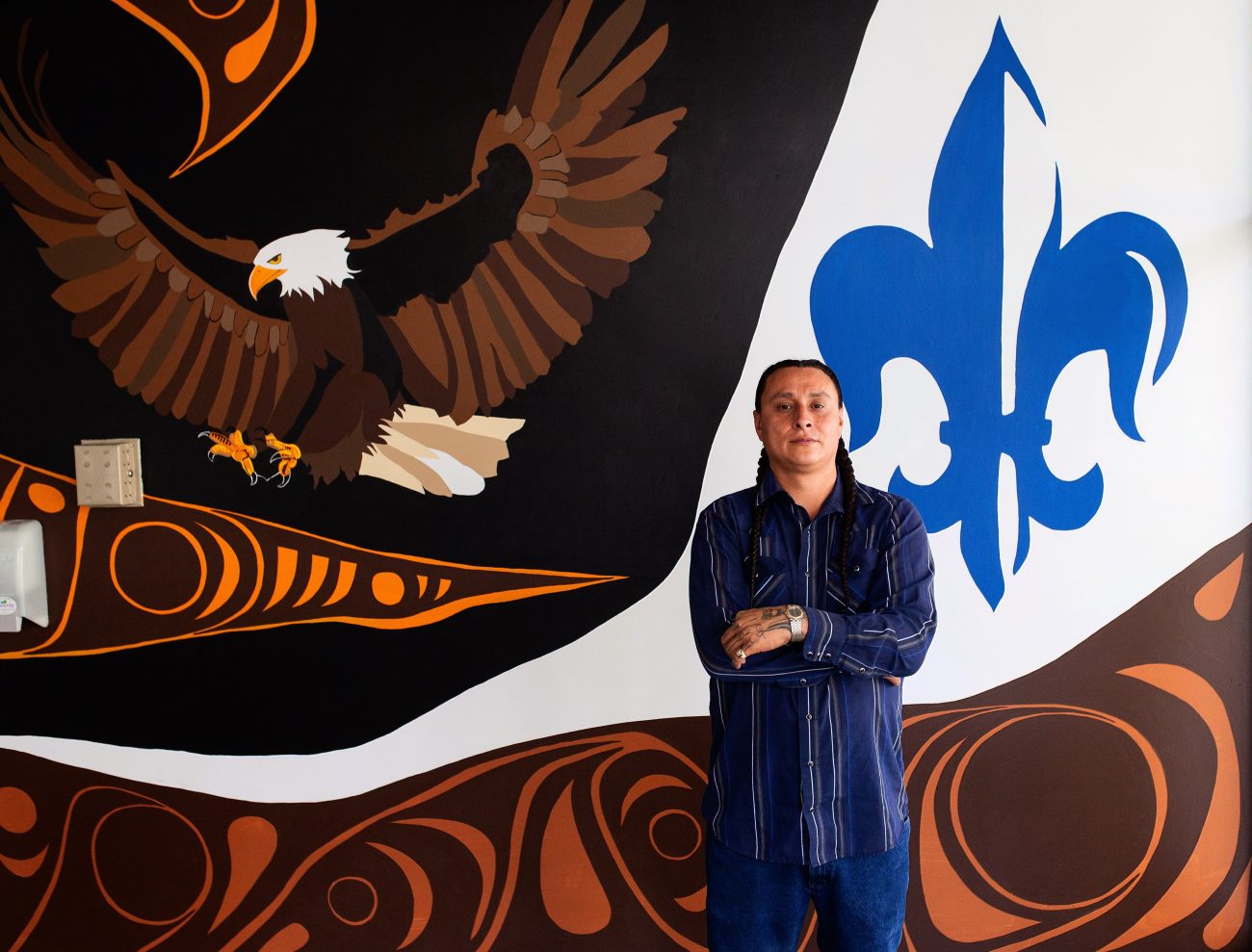 TORONTO (CNS) — Through a commission to paint murals at three Catholic schools in Red Deer, Alberta, Indigenous artist Ryan Willert has been able to find his own healing and reconciliation with the Catholic community.

The 36-year-old Blackfoot from the Siksika Nation is well-known in Alberta. Based in Red Deer, he has painted murals at several colleges, universities and for various organizations. However, with several relatives, including his father, directly impacted by residential schools, he says working with Catholic institutions was not something he ever saw coming.

“Going into the Catholic schools for the first time brought up a lot of feelings in me that I wasn’t quite sure that I had actually healed from,” said Willert. “You hear the stories from your relatives about the physical and mental and sexual abuse (that happened at residential schools), and you see the problems that arise on the reserves and the poverty, and it’s hard. You build this idea toward an organization and a group of people without actually being around them.”

During his time at the Red Deer schools, Willert says he felt embraced without judgment by students and staff and was even invited to share a bit about his story and Blackfoot teachings in several classrooms. As in the Catholic faith, one of the main teachings of the Blackfoot is the importance of forgiving others, which Willert says comes from their buffalo teachings and was perhaps the most powerful spiritual impact of his experience at the schools.

“(The aspect of the buffalo teaching) which was hard for me going into the schools was forgiving others, so it was really good for me to go in there,” said Willert, who describes the buffalo as an animal that charges into challenging storms while other animals choose to hide or run away. “It was really good for me to go and be with the people and not really concern myself with how they’re praying and the history of it all, but honoring the fact that they’re bringing me in there to do this, and it’s helping to build a better relationship between me, my people and the history of the organization.”

Willert worked with faculty at each school to build the themes around each mural but was ultimately given the creative freedom to interpret the way they should be depicted. In each piece, colorful symbols of the Catholic faith were incorporated along with Indigenous images and, at École Camille J. Lerouge School, a French immersion school, emblems of Canada’s Francophone connection.

“When you walk in, you definitely are looking and saying, ‘I am in the presence of something that is very purposeful,'” said principal Sinead Armstrong. “It is very much a tie to the Métis culture and the Indigenous culture and also brings in our French piece and our Catholic faith. He did a beautiful job. The pictures actually don’t even do it justice when you see it in real life.”

Leo Chauvet, a teacher at St. Thomas Aquinas Middle School, said the staff was looking for more ways to engage with the Indigenous community on the road to reconciliation and jumped at the opportunity to work with Willert.

“We thought we just needed to start with some awareness for our staff and students of Indigenous teachings and the similarities they have with our Catholic social teachings and our virtues,” said Chauvet.

When news spread about the work Willert was doing with Catholic schools, Willert said he did receive a bit of backlash from his Indigenous community but added that “art is meant to evoke feelings.”

Clarke is a staffer at The Catholic Register, Toronto.

PREVIOUS: Apostleship of the Sea becomes ‘Stella Maris’ in its 100th year

NEXT: People have right to know how Vatican uses resources, official says