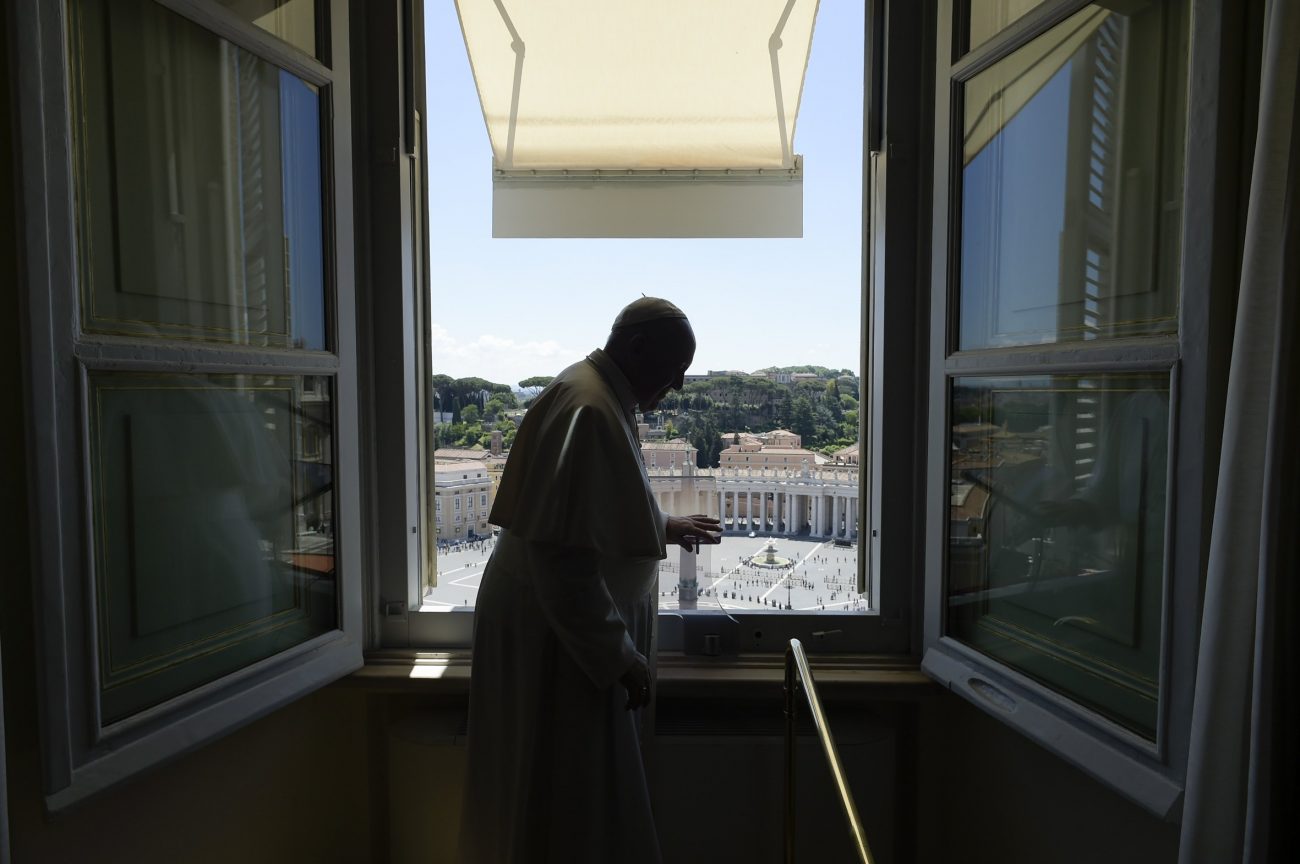 VATICAN CITY (CNS) — The Vatican’s financial situation must be “a glass house” that displays transparency and honesty, letting Catholics know where its revenues come from and go, said the head of the Secretariat for the Economy.

Presenting a detailed budget report of the Roman Curia for 2019, Jesuit Father Juan Antonio Guerrero Alves said Catholics “have the right to know how we use the Holy See’s resources. We are not the owners; we are the custodians of the assets that we received.”

“Those who ask for transparency are right. The Holy See’s economy must be a glass house. This is what the pope asks of us,” he said in an interview with Andrea Tornielli, editorial director of the Vatican Dicastery for Communication.

The Vatican press office released the interview and the secretariat’s “Consolidated Financial Statement” of the Roman Curia for 2019 Oct. 1, days before the annual Peter’s Pence collection was to be taken up in Catholic parishes around the world. The collection, usually taken in June, was moved to Oct. 4 because of the COVID-19 pandemic.

If the financial statements of Vatican City State, Peter’s Pence, the Vatican Bank, various foundations and the Vatican pension fund were added, he said, then net assets would come to about 4 billion euros and there would be no deficit.

However, he said, that did not mean the Vatican was not facing any difficulties or that things would not get worse because of the coronavirus crisis.

Referring to ongoing news reports about Vatican investments, most notably a London property deal being investigated by the Vatican, Father Guerrero said, “it is possible that in some cases, the Holy See has been not just poorly advised, but also swindled.”

“I believe that we are learning from past mistakes or imprudence” and putting into high gear the measures needed to guarantee transparency, controls and collaboration between dicasteries, he said.

Donations, which include contributions made to Peter’s Pence, which amounted to 66 million euros in 2019, covered 35% of the costs of the Curia carrying out the pope’s mission and specific projects specified by the contributors, he said. The Curia’s infrastructure and service costs, he added, are covered by other funds.

Peter’s Pence, which funds papal charities as well as supporting the Curia and Vatican embassies around the globe, “must be managed with the wisdom of an honest administrator,” he said.

Father Guerrero also said clarity and transparency about the London property deal is essential, particularly because of the confusion and upset it has caused.

In the meantime, he said, “I can say the losses (incurred in that deal) were not covered by Peter’s Pence, but with other reserve funds of the Secretariat of State.”

Slightly more than half of all revenues for the Roman Curia 2019 came from income generated from assets such as investments and real estate, he said, while donations from dioceses and Catholic donors totaled 56 million euros or 18% of revenues.

Expenditures totaled 318 million euros for 2019, with the bulk — 207 million — going to curial offices dedicated to “apostolic mission” work, including the Dicastery for Communication (46 million euros) and the apostolic nunciatures around the world (43 million euros). Asset management services (including taxes and building maintenance) for the Administration of the Patrimony of the Holy See cost 66.6 million euros and “services and administration,” for example, the Secretariat of State, various oversight agencies and the Swiss Guard, cost 44 million euros.

Because the Holy See does not operate like a business or a country, “it does not seek profit or surplus,” he said. “Therefore, it is normal that it be in deficit.”

The Vatican dicasteries account for the bulk of the Curia expenditures, he said, but they are providing services that “are not sold or sponsored.”

“Avoiding a deficit is not the goal of the Holy See. Its spirit is something else,” that is, fulfilling the mission it has been entrusted with, he said.

However, the Vatican must make sure the debt is sustainable and “we do have to find a way to sustain the mission in the long run” with adequate resources and improving returns from investments and real estate assets, he added.

“The faithful want to contribute to the church’s mission, but it is essential there be a policy of external transparency and communication that can share in detail how we use the money we receive and manage,” he said. “This is the objective we want to reach; this is the path the Holy Father has pointed us to.”

The Vatican had not released a budget report to the public since 2015.

Pope Francis established the Council for the Economy, the Secretariat for the Economy and a general auditor’s office in 2014 and approved their statutes on a trial basis in 2015 as part of a major overhaul of the Vatican’s accounting and budgeting procedures.

The Vatican’s final figures for 2014 showed a budget deficit of more than 25.6 million euros on the part of the Roman Curia, but that deficit was offset by a 63.5 million euros surplus brought in by entities falling under the separate Vatican City State budget.

The Roman Curia again reported a deficit of 12.4 million euros in 2015, while Vatican City State reported a surplus of 59.9 million euros, in large part due to revenue from the Vatican Museums.

The interview with Father Guerrero revealed that for 2018 the Holy See had a deficit of 75 million euros. However, he told Tornielli that figure included some “extraordinary” costs, although he did not specify what they were.

NEXT: China at center of meeting between Pompeo, top Vatican officials