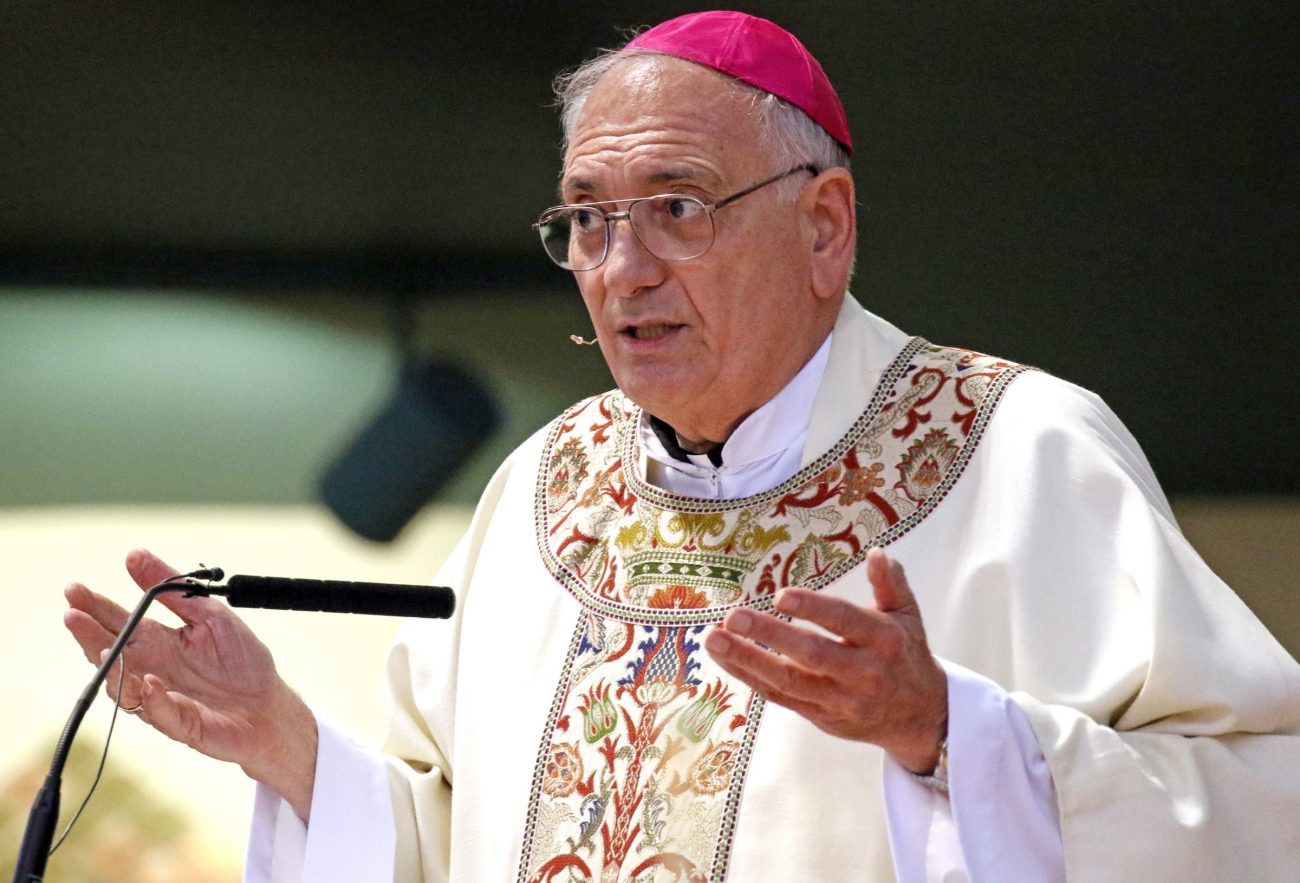 BROOKLYN, N.Y. (CNS) — Brooklyn Bishop Nicholas DiMarzio said Oct. 10 that a federal judge’s denial of its motion for a temporary restraining order against the state’s new COVID-19 restrictions on houses of worship “is only the beginning of the case, and we expect ultimately to prevail.”

He called the initial ruling issued late Oct. 9 “a sad day for our church community,” but “it will not deter us from our faith.”

“We are seeking what is just,” he said.

The Diocese of Brooklyn filed a lawsuit in federal court Oct. 8 against the state of New York, charging that Gov. Andrew Cuomo’s new executive order reducing church capacity violates the First Amendment’s guarantee of the free exercise of religion. It sought a temporary stop on Cuomo’s new orders while the suit proceeds.

In the ruling, Judge Eric Komitee of the U.S. District Court for the Eastern District of New York said that “the government is afforded wide latitude in managing the spread of deadly diseases under the Supreme Court’s precedent.”

“On its face, the executive order applies differently to religious exercise: It regulates houses of worship explicitly, and applies a capacity limit unique to them,” he said, and entities “deemed essential businesses” seem to be “treated better than religious institutions in the ‘red zone.'”

Komitee pointed out the schools and restaurants are being “treated more restrictively” than houses of worship because they “are closed entirely for in-person activities.”

On Oct. 6, Cuomo announced new restrictions on houses of worship in response to a spike in COVID-19 cases in densely populated ZIP codes he has identified as “hot zones.” He said the state has created three zones — red, orange and yellow — each with different restrictions, including on the size of congregations.

Some Catholic parishes in the Brooklyn Diocese are in the “red zone,” meaning their churches are being forced to reduce capacity to a maximum of 10 people inside at one time, and some are in the “orange zone,” where only 25 people at one time can attend Mass. A “yellow zone” designation means a 50% capacity.

Also, four Catholic schools in the diocese have been ordered closed. They are among the public and nonpublic schools in hot zones closed by Cuomo.

“This is a difficult decision,” Komitee said, but citing rulings by other courts on similar cases, he said he did not think Cuomo’s restrictions “would be found unconstitutional.” “And given the severity and complexity of the pandemic,” he added, “it cannot be said … the balance of equities favors the plaintiff.”

However, he said the Brooklyn Diocese may apply to Senior Judge Nicholas Garaufis on the court “for a preliminary injunction, as the record may be developed more fully.”

“We have kept parishioners safe and will continue to do so,” said Bishop DiMarzio, who has previously emphasized the churches and schools in the diocese have strictly adhered to all city and state COVID-19 rules for protecting Catholics from the spread of the coronavirus and for sanitizing church facilities.

These protocols include mask wearing, social distancing and hand sanitizing.

“Thus, there is no reason for this latest interference with our First Amendment right to celebrate Mass together, so we will continue to press the courts and our elected officials to end it as soon as possible,” Bishop DiMarzio said.

“We are left with no choice but, for now, to abide by the new restrictions that limit Mass attendance to 10 people in the red zones and 25 in the orange zones,” he added. “But we will continue to fight to vindicate our fundamental constitutional rights, and we will continue to be a model for safety in our religious community. And by doing right and being right, we will prevail.”

As Brooklyn’s bishop, he has “a sacred duty to spiritually provide for all parishioners, mothers, fathers, and our children who attend church,” he said.

He explained the diocese filed the lawsuit in the name of its 1.5 million faithful — Catholics of all ethnic and racial backgrounds and from all walks of life — “so that we could all keep our right to pray in church as one community of believers.”

Bishop DiMarzio asked all Catholics to join him “in continued prayer for the end of this terrible virus.”

NEXT: In confirmation hearings, Barrett stresses commitment to ‘rule of law’