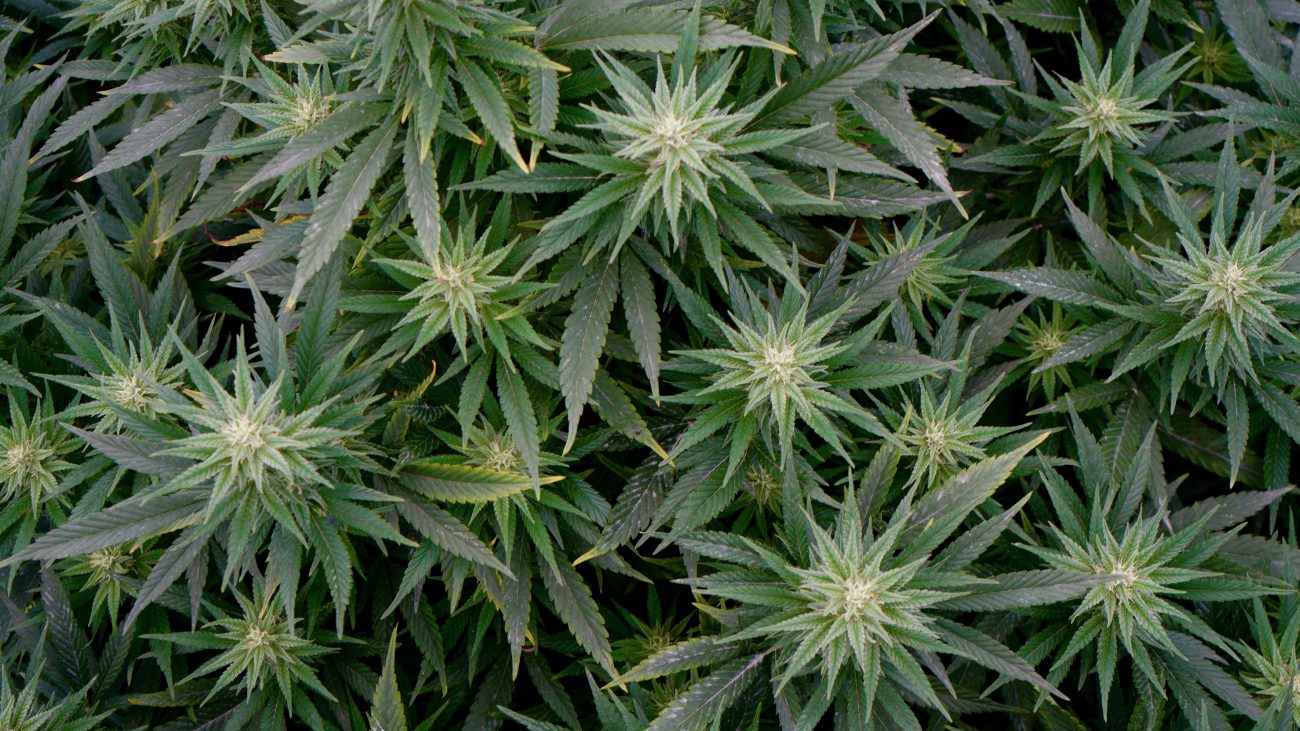 Marijuana plants are seen in this illustration photo. (CNS photo/ANICANN, Bernardo Zavaleta, Handout via Reuters) Editor's note: No archiving. One time use only.

HELENA, Mont. (CNS) — Legalizing recreational marijuana is “a threat to the flourishing” of people, in particular “the young, the poor, and those who struggle with either substance abuse or mental health challenges,” Montana’s Catholic bishops said Oct. 12.

Bishop Austin A. Vetter of Helena and Bishop Michael W. Warfel of Great Falls-Billings urged a “no” vote on a pair of ballot initiatives to legalize cannabis. Their statement was released in Helena by the Montana Catholic Conference, which is the public policy arm of the state’s bishops.

The bishops said they were joining state leaders in business, transportation, medicine and law enforcement in opposing Initiative 190, or I-190, and Constitutional Initiative 118, or CI-118.

I-190 sets up the rules for a recreational marijuana system in Montana, including a 20% tax. It also allows each county the option to prohibit dispensaries within their boundaries. CI-118 would amend the Montana Constitution to allow the state to set the minimum buying age to 21.

If both pass, Montana would join 10 other states and the District of Columbia in legalizing recreational marijuana.

On Nov. 3, three other states — Arizona, New Jersey and South Dakota — also are asking voters to decide whether to legalize and tax recreational marijuana. Voters in Mississippi will consider legalizing medical marijuana.

“While proponents of legalization see enhanced revenues for the state through a new taxable marijuana industry,” Bishops Vetter and Warfel said, “we are more concerned with consequences ranging from increased teenage use, harmful effects on developing brains, addiction, increased impairment-related transportation accidents and deaths, and other potential public health and safety issues.”

One need only look two states away, to Colorado, the bishops said, “to see the devastating impact legalization will have on our state, particularly our youth.”

In 2012, 56% of Colorado voters supported making recreational marijuana legal, though over half of Colorado’s 64 counties opted to prohibit the sale of marijuana within their boundaries.

Since legalization finally took effect in early 2014, the increase in the use of marijuana in Colorado has been “accompanied by declines in mental and bodily health,” Montana’s bishops said. Also, “the state has experienced an increase in traffic accidents and deaths and a higher prevalence of marijuana in toxicology screenings of suicides,” they added.

Research shows that not just in Colorado, but across the board, marijuana use has been linked to cognitive impairment, lung damage and an increased risk of psychotic disorders,” among other concerns, they said. In Montana, “legalization of recreational marijuana will only exacerbate the already serious mental health crisis gripping our state,” they added.

Bishops Vetter and Warfel urged everyone to come together and commit themselves to “building conditions within society that will make it possible for all people to thrive.”

“In 2014, Pope Francis explained that saying ‘no’ to marijuana and other recreations drugs requires we also ensure all persons have access to those human goods that will allow them to reach their full potential,” they said.

“To say this ‘no,’ one has to say ‘yes’ to life, ‘yes’ to love, ‘yes’ to others, ‘yes’ to education, ‘yes’ to greater job opportunities,” the pope said. “If we say ‘yes’ to all these things, there will be no room for illicit drugs, for alcohol abuse, for other forms of addiction.”

Bishops Vetter and Warfel said they were praying “for those whose lives have been scarred by the scourge of substance abuse.”

NEXT: Pastor in Washington Archdiocese named to head Diocese of Springfield, Mass.