San Francisco’s new indoor worship limit a ‘victory,’ but effort not over 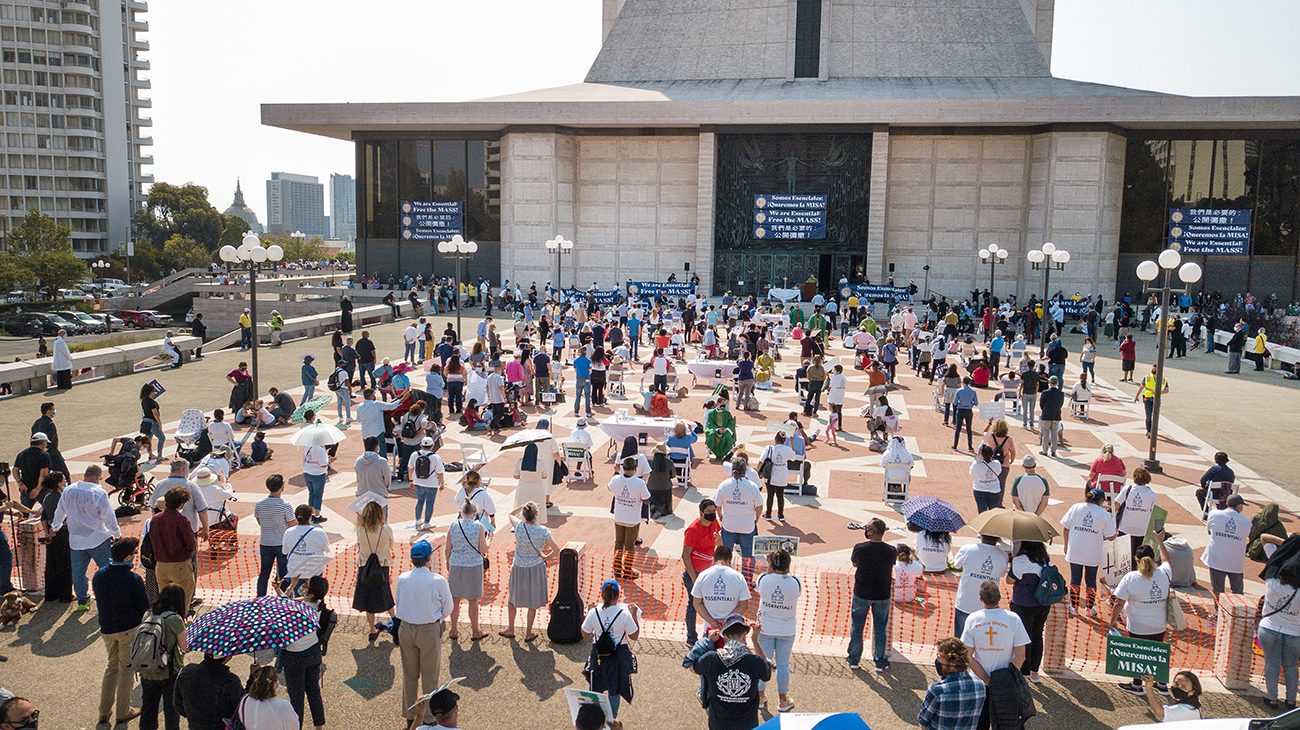 SAN FRANCISCO (CNS) — As of Sept. 30, the city of San Francisco is allowing attendance for indoor worship to be 25% of the capacity of a house of worship, or up to 100 people, which follows the limit set by the state of California as part of its COVID-19 safety protocols.

In a message issued late Sept. 29, after the city announced the change, Archbishop Salvatore J. Cordileone of San Francisco called it “an important victory to savor and celebrate.”

However, he told the press, “this movement is not over. Our work and victories have just begun.”

He thanked people of faith in San Francisco and “the thousands of others across the nation who are joining us at FreeTheMass.com,” a site where people can sign a petition posted in English and Spanish. To date, it has garnered 36,210 signatures.

In a video message to Catholics on YouTube, he again thanked the faithful for signing the petition and standing up for faith and God, which are “essential,” he said.

Efforts will continue to lift allow more people to worship indoors and to make sure our “right to worship is respected in equality with secular activities,” he added.

Four days before the city increased the limit on indoor worship, the U.S. Department of Justice sent a three-page letter sent to Mayor London Breed calling on her to “promptly” end discriminating against religious believers by loosening the city’s harsh restrictions on houses of worship.

Assistant Attorney General Eric Dreiband in the Civil Rights Division of the U.S. Department of Justice told Breed in the Sept. 25 letter that “San Francisco’s treatment of places of worship raises serious concerns about religious freedom.”

“In particular, the limitation of indoor worship to one congregant without regard to the size of the place of worship,” he said, “is draconian, out of step with the treatment afforded other similar indoor activities in San Francisco, wholly at odds with this nation’s traditional understanding of religious liberty, and may violate the First Amendment to the Constitution.”

He acknowledged that Breed and other city officials, including health officials, “have a duty to protect the health and safety of the people of San Francisco in the face of the global COVID-19 pandemic.”

“In exigent circumstances, the Constitution allows some temporary restriction on our liberties that would not be tolerated in normal circumstances,” Dreiband wrote.

Currently, he said, the city allows only that “one individual member of the public may enter the house of worship at a time,” no matter how big that house of worship is, such as San Francisco’s Cathedral of St. Mary of the Assumption, which can hold over 2,400 worshippers, and Temple Sherith Israel, which has the capacity for 1,400 people.

Dreiband also noted the city’s “‘goal’ is to increase permitted indoors attendance at houses of worship to 25% of capacity up to a maximum of 25 people by the ‘end of September.'”

“This would be an improvement over the current situation, but would continue to burden religious exercise severely and unnecessarily, including for houses of worship with large capacity and room for proper social-distancing protocols,” he said.

These rules “plainly discriminate against people of faith and their ability to gather and practice their faith at churches, synagogues, mosques and other houses of worship,” he said, because the city does not apply the same rules to personal service providers, like barber shops, nail salons, massage locations or and tattoo parlors, and department stores and other retail operations.

“We respectfully request that the city promptly change its current standards to bring them in line with the Constitution and our nation’s best traditions of free religious exercise. Doing so will enable all religious San Franciscans to gather together and practice their faith consistent with appropriate public health limitations,” Dreiband said.

“The Department of Justice is reviewing its options and may take further action, as and if appropriate, to protect the religious liberty rights of the people of San Francisco. Thank you for your prompt attention to this matter,” he said.

In response to the letter, Archbishop Cordileone said in a Sept. 25 statement that he was grateful to the Justice Department for calling on Breed “to stop violating the civil rights of Catholics and other believers in San Francisco.”

“Catholics in San Francisco have been patiently suffering injustice for months. At last, a competent legal authority is challenging the city’s absurd rules, which have no basis in science, but are grounded in hostility to religion and especially the Catholic Church,” he said.

PREVIOUS: Rockville Centre bishop says decision to file for bankruptcy ‘not made lightly’