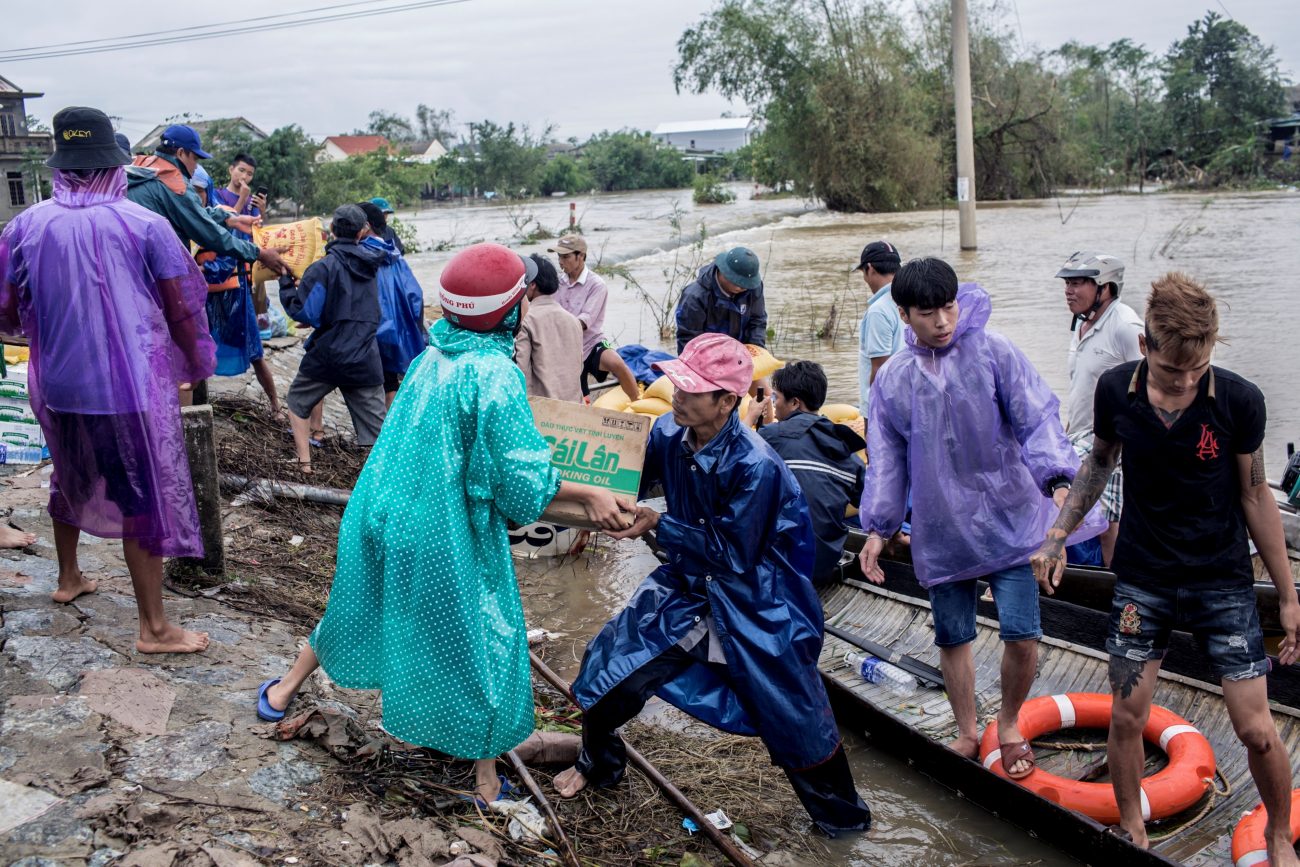 Local residents and volunteers deliver aid packages to residents affected by flooding in Thua Thien Hue province, Vietnam, Oct. 20, 2020. Two dioceses in central Vietnam hit by some of the worst floods in the countrys history are struggling to provide emergency aid for hundreds of thousands of victims. (CNS photo/Yen Duong, International Federation of the Red Cross handout via Reuters)

HUE, Vietnam (CNS) — Two dioceses in central Vietnam hit by some of the worst floods in the country’s history are struggling to provide emergency aid for hundreds of thousands of victims, church officials said.

Father Joseph Nguyen Van Vien, Hue archdiocese spokesman, said churches and other facilities in dozens of local parishes were sheltering people whose houses were inundated by the storm. He said Catholic volunteers were using boats to distribute food and drinking water to victims or evacuate others forced onto the roof of their homes to avoid rising floodwater, ucanews.com reported.

The archdiocese serves Thua Thien-Hue and Quang Tri provinces, two of the worst-hit by the floods.

The floods caused by heavy rain that began in early October were made worse by Tropical Storm Nangka, and meteorologists said the area could expect more heavy rain from another tropical storm in late October. So far, more than 100 people have died, reported ucanews.com.

Among the dead were 22 soldiers buried by landslides that struck while they slept in their barracks in Quang Tri Oct. 18.

Ucanews.com said another 26 people have been reported missing and 240,000 households were affected, as the flooding inundated 212 villages, damaged more than 250,000 acres of farmland and killed cattle and poultry in several provinces.

Sister Catherine Nguyen Thi Ngoi, a member of the Daughters of Our Lady of the Visitation, said her congregation was sheltering 100 people brought by boat from two villages.

Father Bartholomew Hoang Quang Hung, a parish priest in Hue, said he and other Catholics used boats to distribute food to 150 stranded families. Father Hung said people still cut off by the floodwater measuring more than three feet high in some places were now going hungry.

Many survivors said they saw their belongings washed away by the floods. 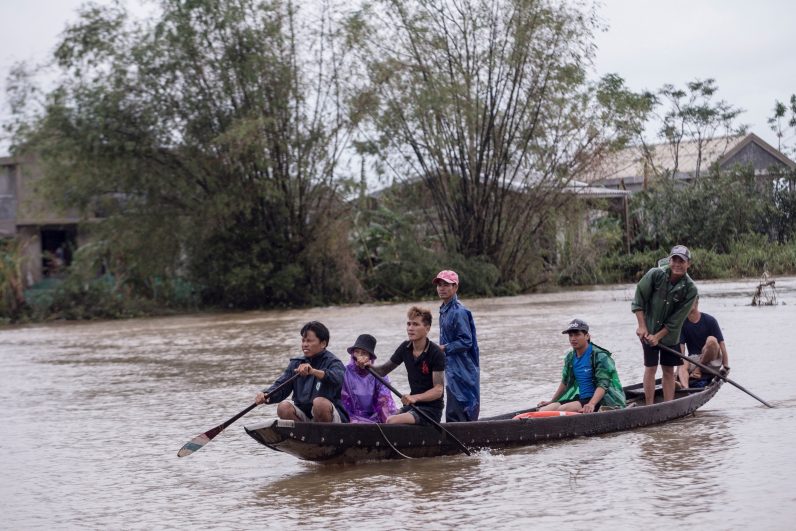 Local residents row a boat to a pickup point for delivering aid packages to residents affected by flooding in Thua Thien Hue province, Vietnam, Oct. 20, 2020. Two dioceses in central Vietnam hit by some of the worst floods in the countrys history are struggling to provide emergency aid for hundreds of thousands of victims. (CNS photo/Yen Duong, International Federation of the Red Cross handout via Reuters)

NEXT: Pope, religious leaders pray for peace, greater care for one another