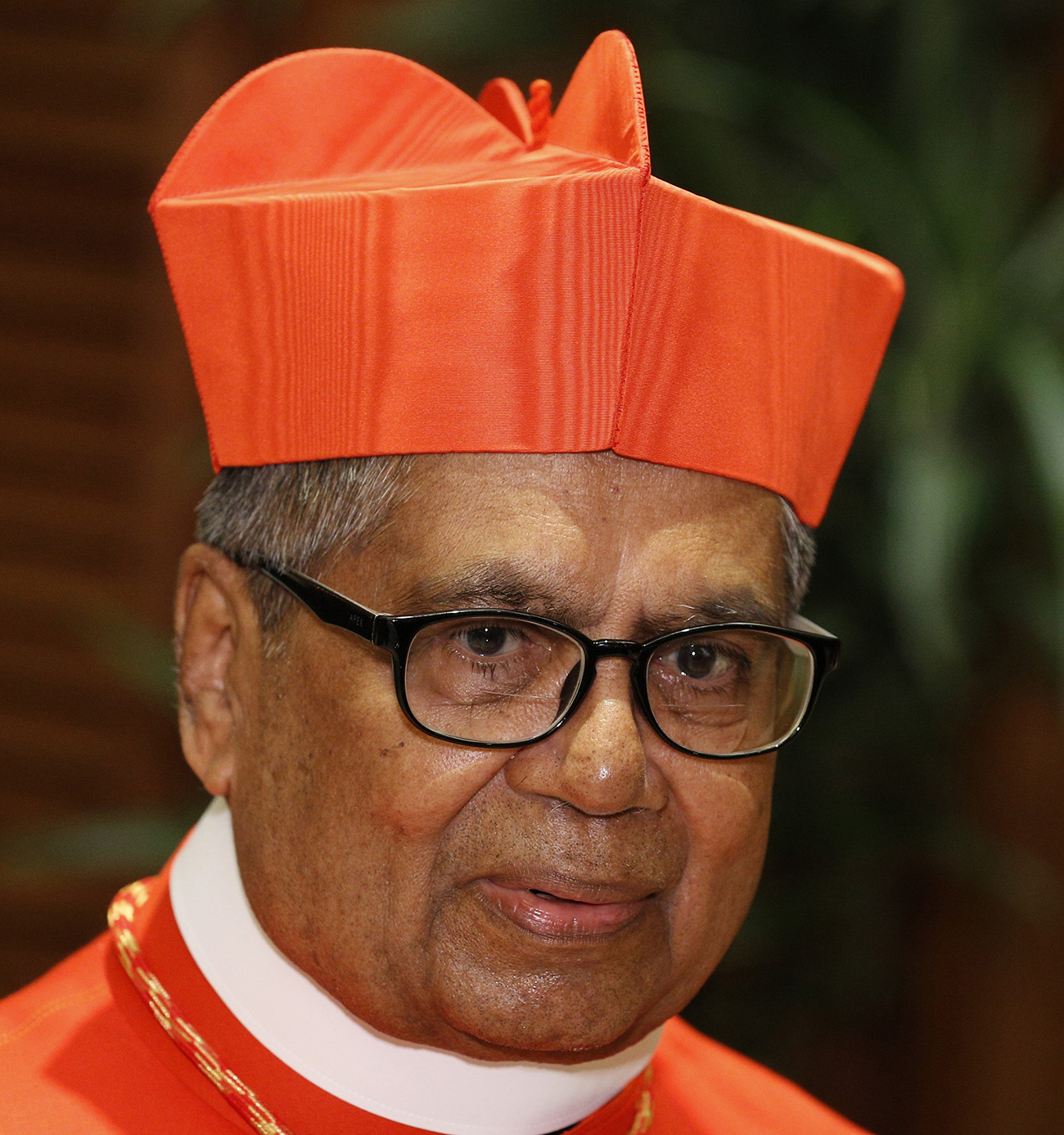 Cardinal Anthony Soter Fernandez of Kuala Lumpur, Malaysia, died Oct. 28 at the age of 88. Appointed a cardinal by Pope Francis in 2016, he was Malaysia’s first and only cardinal. Cardinal Fernandez is pictured at a reception after a consistory at the Vatican in this Nov. 19, 2016, file photo. (CNS photo/Paul Haring)

A hospital assistant from the age of 15 until he entered seminary 11 years later, he became a priest in 1966 at the age of 34 and focused on catechism and priestly formation while teaching at an interdiocesan seminary in Penang, Malaysia.

He was appointed Bishop of Penang in 1977 and served there until 1983 when he was appointed archbishop of Kuala Lumpur, Malaysia’s capital, and retired 20 years later at the age of 71.

Pope Francis, in a message to the current archbishop, said, “With gratitude for Cardinal Fernandez’s faithful witness to the Gospel, his generous service to the church in Malaysia and his long-standing commitment to the promotion of ecumenism and interreligious dialogue, I willingly join you in praying for his eternal rest.”

Cardinal Fernandez had been one of the Asian pioneers in interreligious dialogue in the 1970s and 1980s, helping deepen the church’s understanding of Islam.

Pope Francis elevated him to the College of Cardinals in 2016 when he was 84, making him the nation’s first cardinal.

At the time he was designated cardinal, he had still been busy, serving as chaplain and feeding homebound priests at the home for the aged where he lived. He also accompanied the Little Sisters of the Poor during their hospital visits.

News reports said the cardinal had been suffering from tongue cancer the past year.

A funeral Mass was to be held Oct. 31 in the capital’s cathedral. Because of restrictions in place due to the coronavirus pandemic, the Mass was not scheduled to be open to the public but was to be livestreamed on the archdiocese’s YouTube channel.

The cardinal’s death left the College of Cardinals with 218 members, 120 of whom were under the age of 80 and therefore eligible to vote in a conclave to elect a new pope.

NEXT: General audience closes to public after positive case of COVID-19