Pope: Discrimination against people with disabilities must end 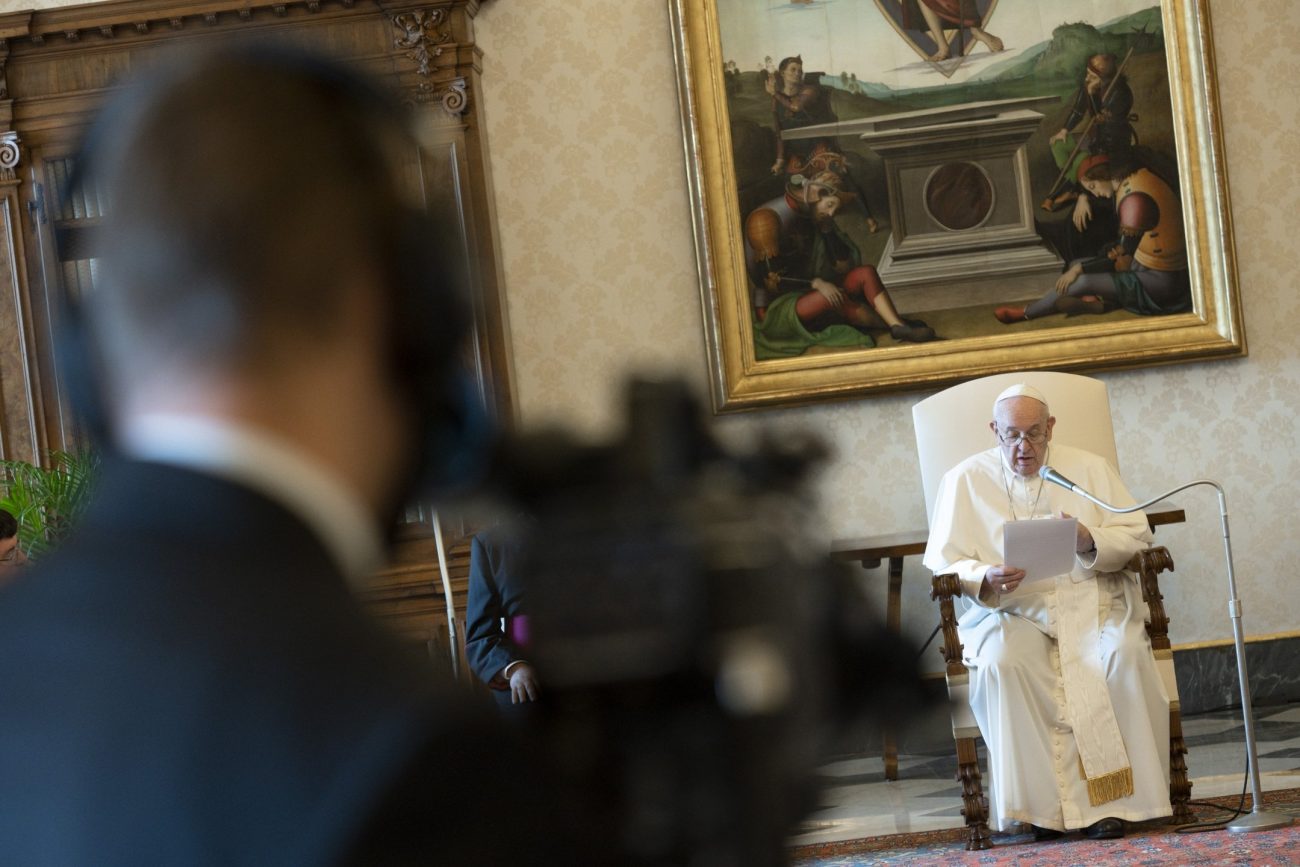 Pope Francis leads his weekly general audience via livestream from the library of the Apostolic Palace at the Vatican June 10, 2020, during the COVID-19 pandemic. The weekly papal audiences will return to being livestreamed without the presence of the faithful in November after a person attending the Oct. 21 audience tested positive for COVID-19. (CNS photo/Vatican Media)

VATICAN CITY (CNS) — After someone attending Pope Francis’ weekly general tested positive for COVID-19, the Vatican announced the audiences would return to being livestreamed without the presence of pilgrims and visitors.

In a statement published Oct. 29, the Vatican said that beginning Nov. 4, the general audiences will be “broadcast from the library of the Apostolic Palace” to prevent “any possible future risks to the health of the participants.”

The person who tested positive attended the audience Oct. 21 in the Vatican’s Paul VI hall.

The announcement comes nearly two months after the weekly audience was reopened to the public; because of the pandemic and lockdowns meant to prevent its spread, the pope had moved the audience to an online-only event from the library.

Once the audiences resumed, the pope did not wear a mask, even when personally greeting visiting clerics, which drew concerns and criticism that he was not observing safety protocols.

Father Augusto Zampini, adjunct secretary of the Dicastery for Promoting Integral Human Development and member of the COVID-19 Vatican Commission, which makes recommendations to the pope and others, spoke with reporters Oct. 27 about the commission’s work.

When asked about the pope habitually not using a mask, Father Zampini said people have been trying to convince him to wear one.

With cases surging in Italy, new restrictions have been implemented across the country. On Oct. 28, the Italian Health Ministry reported 24,991 new positive cases and 205 deaths in the previous 24 hours.

Police in riot gear dispersed demonstrators and sprayed them with a water cannon as they gathered in Rome’s Piazza del Popolo Oct. 27 to protest new restrictive measures they said would cause further economic woes to the country’s struggling restaurant and tourism industry.

According to an Oct. 29 report by the Italian newspaper Corriere della Sera, government officials were considering a partial lockdown beginning early November if cases continue to rise. Italian Prime Minister Giuseppe Conte has stated on numerous occasions that restrictive measures were designed to avoid a second national lockdown.

PREVIOUS: Malaysia’s first cardinal dies at the age of 88