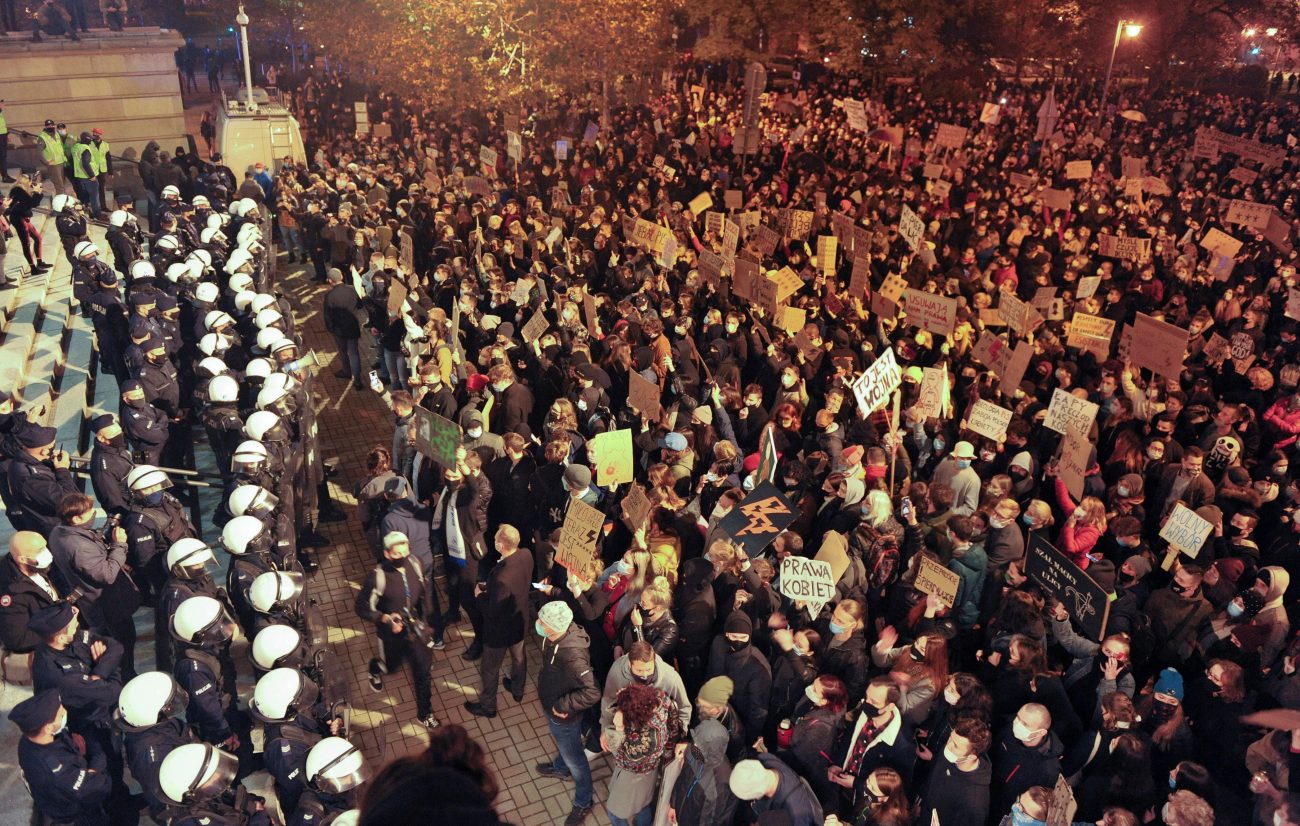 Demonstrators protest Oct. 25, 2020, in front of the Cathedral of Christ the King in Katowice, Poland, against the ruling by Poland's Constitutional Tribunal that imposes a near-total ban on abortion. (CNS photo/Anna Lewanska, Agencja Gazeta via Reuters)

“We observe with great pain this escalation of social tension and aggression — the vulgar language some protesters are using, the destruction of social property, devastation of churches, profanation of holy places and prevention of liturgies,” the bishops’ conference said Oct. 28.

“We thank pastors and all lay faithful who are bravely standing in defense of their churches. No one can protect the church and sacred sites better than the community of believers.”

The message was issued after a seventh day of demonstrations against an Oct. 22 Constitutional Court judgment that overturned a clause in Poland’s 1993 law. The result is Poland now has a near total ban on abortion, including for fetal abnormalities.

In their message, the Polish bishops called for a “sober social dialogue and expression of views without violence.”

“We ask politicians and all those participating in social debate at this dramatic time to analyze deeply the causes of the current situation and seek ways out in a spirit of truth and common good, without instrumentalizing the faith and church,” the message said.

Poland’s Czestochowa Archdiocese said Oct. 28 that windows had been smashed at its archbishop’s residence when protesters blocked surrounding streets.

Meanwhile, Father Michal Legan, spokesman for the Jasna Gora national sanctuary in Czestochowa, said Oct. 28 that “essential steps” had been taken against “violence and vandalism.” He urged those wishing to defend the shrine to remain “prayerful and nonconfrontational.”

NEXT: Irish archbishop hopeful about Masses after meeting with prime minister