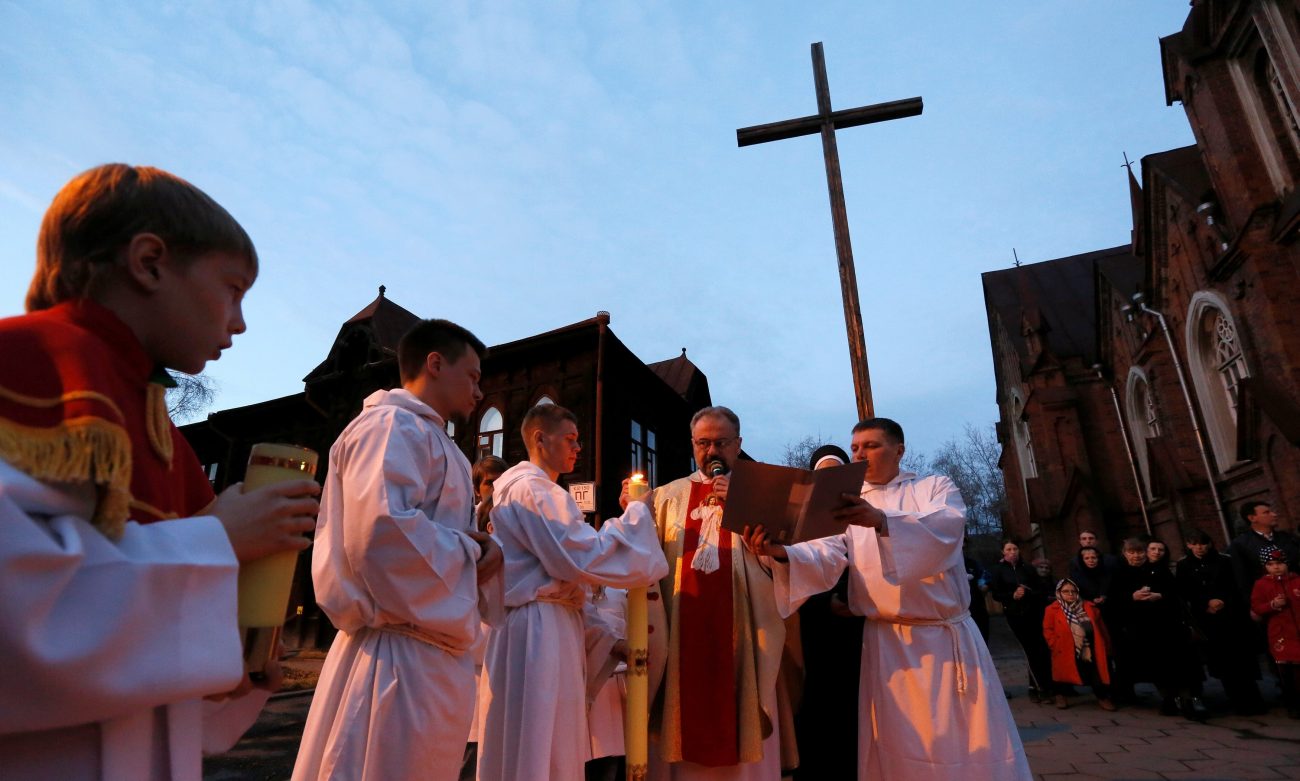 “Like other confessions, we find it absurd to talk of recertifying priests who are already in service and of having to send our archbishop back to seminary for a course in Russian history and spirituality,” said Father Kirill Gorbunov, vicar general of the Moscow Archdiocese.

“Of course, Catholic priests coming here from Poland, Italy or Spain need some kind of acculturation, and we don’t always have the opportunity to provide this. But this shouldn’t be regulated by the state,” Father Gorbunov told Catholic News Service Oct. 1.

Church officials’ concerns stem from draft amendments to Russia’s 1997 Law on Freedom of Conscience and Religious Associations, which would bar “clergy who receive religious education abroad” from ministering unless they obtain “recertification within a Russian religious organization” and “receive additional professional education.”

Father Gorbunov said church officials had not been consulted about the measures but still hoped they would be modified. 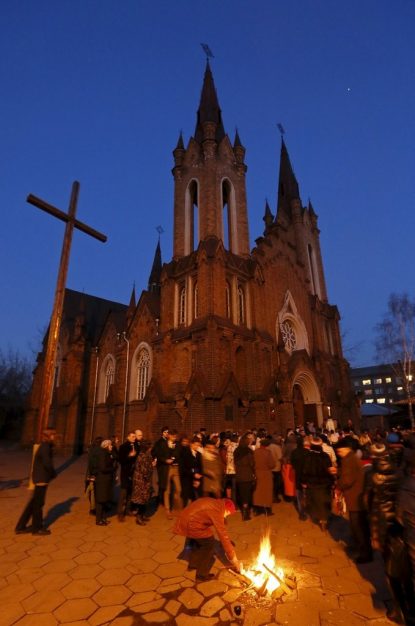 People light candles in front of a Catholic church during the Easter Vigil in the Siberian city of Krasnoyarsk, Russia, April 4, 2015. Russia’s Catholic Church leaders are warning against proposed curbs on the clergy. (CNS photo/Ilya Naymushin, Reuters)

“The motives behind this bill are obvious. Government and state feel a necessity to control the religious landscape,” he said.

“But until we break some kind of law, responsibility for educating our clergy should rest with our church, not government officials,” he added.

Submitted to the lower house of parliament, the State Duma, by the government of President Vladimir Putin, the bill would bar “persons without citizenship” or listed as “extremists” and “terrorists” from participating in a religious group, and would require churches to submit membership data to the Justice Ministry annually.

An accompanying document explained that the aim was to prevent foreign-educated clergy from “spreading religious extremist ideology.”

However, Russia’s once-persecuted Muslim, Jewish and Buddhist associations, which have relied heavily on foreign-trained clergy since the end of Soviet rule in 1990, have voiced alarm over the bill, citing a lack of consultation and clear terminology.

Father Gorbunov said the Catholic Church would accept some amendments, including a ban on the misuse of religious titles and labels by commercial companies.

However, he warned that many of Russia’s 270 Catholic parishes and missions could face closure if priests and nuns, who already face problems obtaining work permits, were now required to retrain.

“Certainly, some small churches and religious associations have distinctive spiritualities and sometimes strange ideas,” he said. “But this isn’t true of the Catholic Church, whose education system is standardized and regulated, and includes the same seminary programs across the world. No one has anything to fear from how our clergy are trained.”

The country’s predominant Russian Orthodox Church has backed the bill, which follows constitutional amendments introduced in July that confirm the priority of Russian law over international norms, as well as protect “traditional family values” and establish “belief in God” as a core Russian value.

However, in a late September statement, the head of the Orthodox church’s legal department, Ksenia Chernega, proposed modifying the retraining requirement to cover only clergy educated abroad after the bill’s adoption, which is expected in October.

Father Gorbunov said he hoped the Orthodox proposal would be adopted.

“The present amendments don’t amount to persecution, or a threat to our church’s fundamental rights and dignity, but they will present severe problems and force us to adapt our future plans,” he said.

“Legislators and officials here must respect the freedom of churches and religions to form and educate their own clergy according to their own faith standards.”

NEXT: Papal encyclical outlines God’s call for all to live as brothers and sisters