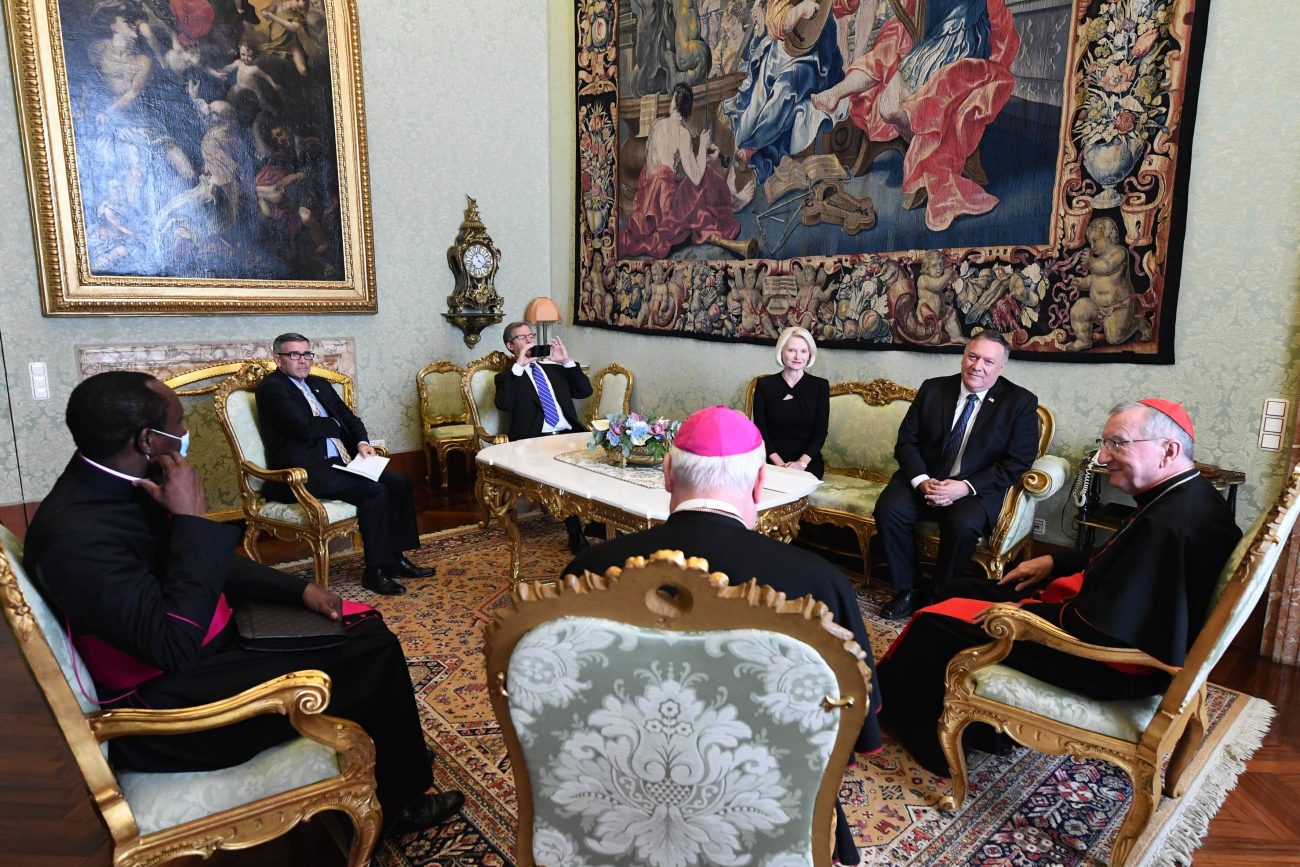 VATICAN CITY (CNS) — After two weeks of communicating through the media, U.S. Secretary of State Mike Pompeo and Vatican Secretary of State Cardinal Pietro Parolin spoke face-to-face about China, the topic of a major difference of opinion.

Along with Archbishop Paul Gallagher, Vatican foreign minister, “the sides presented their respective positions regarding relations with the People’s Republic of China in a climate of respect, relaxed and cordial,” the Vatican press office said after the 45-minute meeting Oct. 1.

They also discussed “some zones of conflict and crisis, particularly the Caucasus, the Middle East and the eastern Mediterranean,” the statement said.

In an article Sept. 18 in the magazine First Things and, particularly in a tweet linking to the article, Pompeo criticized the Vatican’s plans to renew its agreement with China on a process for appointing bishops and urged the Vatican to use its “moral authority” to press China on human rights, principally religious freedom.

Vatican officials did not appreciate his public pressure when a meeting was scheduled just two weeks later; some saw the move as a political tactic during Donald Trump’s campaign for reelection.

Cardinal Parolin told reporters Sept. 30 that Pompeo’s article must be read in the context of the magazine in which it was published, a periodical often critical of Pope Francis. That choice, he said, “says something about the intention of those who wrote this article.”

Later in the day, after his meeting with Italy’s foreign minister, Pompeo was asked if his article was motivated by Trump’s campaign.

“That’s just crazy,” he said. “This has everything to do with making life better for the Chinese people, and the article that I wrote, the statement I made, is consistent with longstanding administration policy” on China.

“We want every institution to use its authority, its power” to improve the lives of suffering people, he said. “I wrote that piece to honor the moral authority of the Catholic Church and its capacity to influence and make things better for people all across the world.”

Vatican officials repeatedly have said that the agreement with China, signed in 2018 and due for renewal at the end of October, deals only with the appointment of bishops, a question essential for the unity and survival of the Catholic Church in the country.

NEXT: Russia’s Catholic Church warns against proposed curbs on clergy