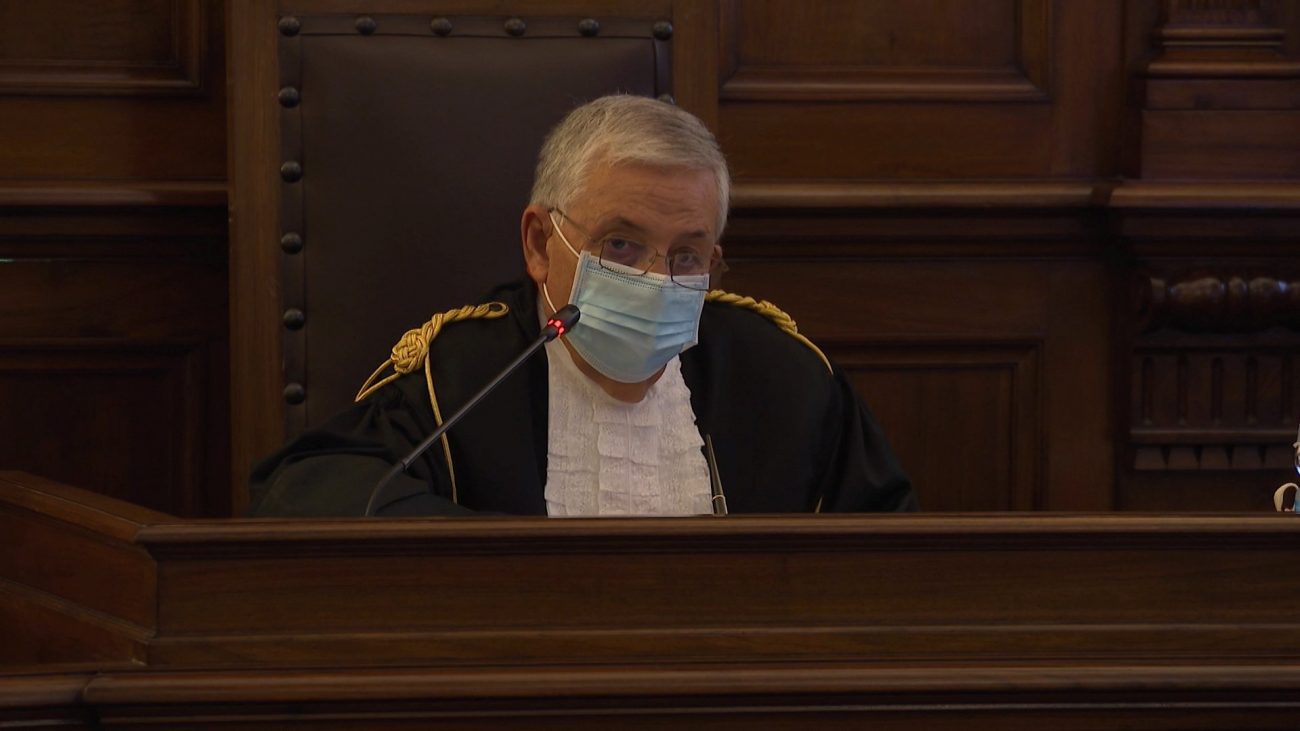 Giuseppe Pignatone, president of the Vatican City State criminal court, speaks during the opening of the trial of two Italian priests accused of sexual abuse at a minor seminary inside the Vatican, in this still image taken from video at the Vatican Oct. 14, 2020. Father Gabriele Martinelli, 28, was accused of repeatedly sexually abusing a younger student at the seminary, and Msgr. Enrico Radice, 71, former rector of the minor seminary, was accused of obstructing the investigation into Father Martinelli. (CNS photo/Vatican Media via Reuters)

VATICAN CITY (CNS) — Dressed in a black polo shirt with a sweater draped around his shoulders, Father Gabriele Martinelli, 28, heard a Vatican criminal court accuse him of repeatedly sexually abusing a younger student at a minor seminary inside the Vatican.

Msgr. Enrico Radice, 71, former rector of the seminary, heard the court accuse him of obstructing the investigation by helping Father Martinelli “in different times and places, in Italy and abroad.”

The trial in the Vatican City State criminal court opened Oct. 14 with the reading of charges related to abuse that allegedly occurred at the St. Pius X Pre-Seminary, a minor seminary operated by the Diocese of Como inside the Vatican. Both priests on trial are incardinated in the Como diocese.

Boys in middle school and high school live at the pre-seminary, serve Mass at St. Peter’s Basilica and attend a Catholic school in Rome while considering applying to a seminary when they are older.

On the first day of the trial, the court asked the defense attorneys to provide information by Oct. 16 about how much time they believe they will need to present their clients’ defense.

“This tribunal wants to give as much space as possible to the defense,” said Giuseppe Pignatone, president of the court.

The entire session lasted just eight minutes before Pignatone announced that the trial would resume the afternoon of Oct. 27.

The court accused Msgr. Radice of hindering the investigation, including by lying to Vatican investigators in 2018 when he affirmed with absolute certainty that he had no knowledge of sexual acts ever taking place at the seminary while he was rector.