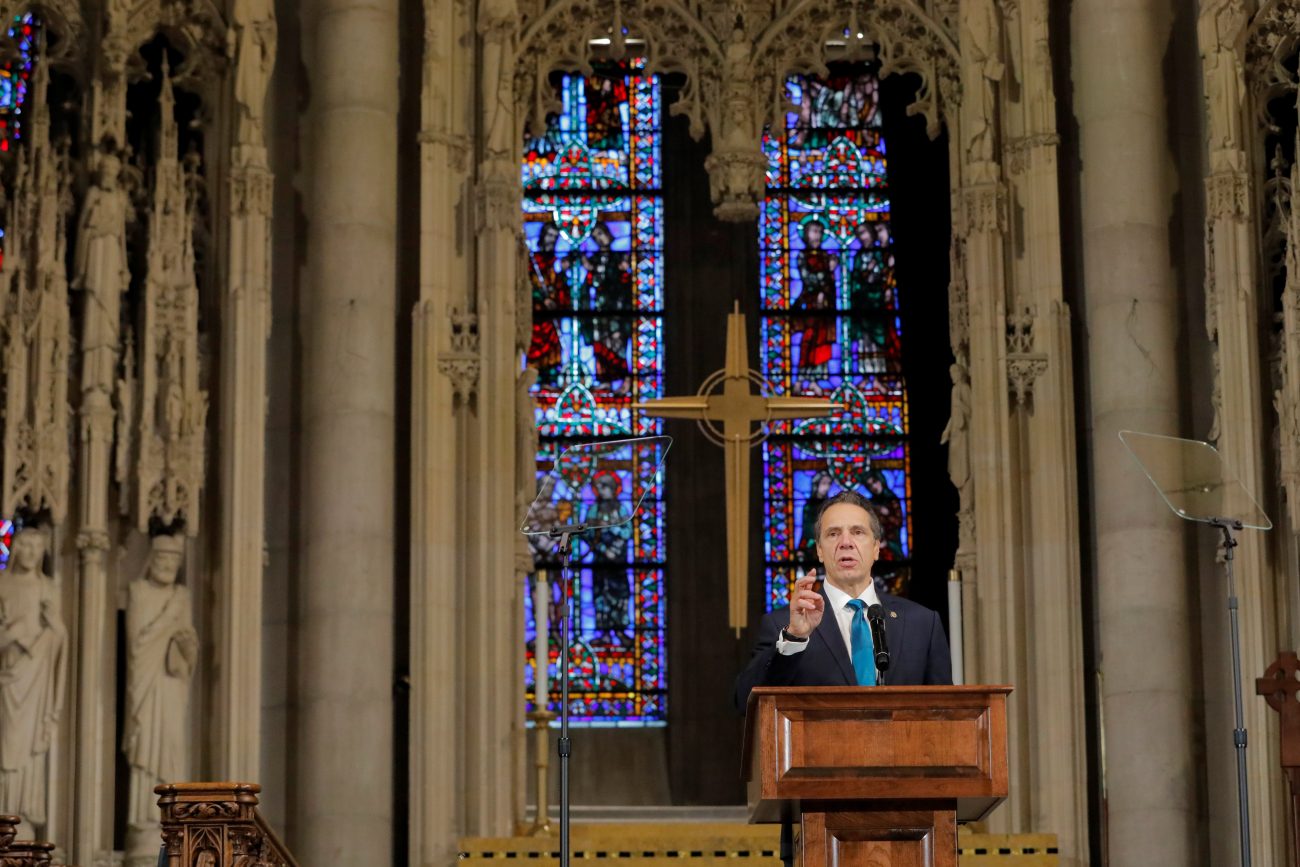 ALBANY, N.Y. (CNS) — New York Gov. Andrew Cuomo’s order limiting the size of a congregation for in-person services at Catholic churches and other houses of worship does not target religious gatherings on “the basis of their beliefs,” but is based on “the documented fact of their COVID-19 super-spreader potential.”

This is the argument New York Attorney General Letitia James, representing Cuomo, laid out in the state’s response to the Brooklyn Diocese’s Nov. 12 filing with the U.S. Supreme Court seeking an injunction against the governor’s order.

The diocese is challenging Cuomo’s order on religious freedom grounds. The state of New York filed its response by the Nov. 18 deadline set by the court.

The diocese said the order’s provisions “violate the free exercise clause” of the First Amendment by limiting “in-person ‘house of worship’ attendance to 10 or 25 people” but allowing “numerous secular businesses to operate without any capacity restrictions.”

“There is nothing more important than the safety of our parishioners. That is why we have worked diligently to implement strict COVID-19 safety rules that go above and beyond state requirements,” Brooklyn Bishop Nicholas DiMarzio said in an October statement, after Cuomo issued his executive order.

When he issued his order Oct. 6, James said, Cuomo “went to great pains” to say it was not aimed at religion and was “about mass gatherings. One of the prime places of mass gatherings are houses of worship.”

“The diocese’s interest in holding indoor religious gatherings of potentially hundreds of people … does not outweigh the need to prevent” the spread of COVID-19 in already severely affected areas, said James, who told the Supreme Court the diocese’s application for a writ of injunction “should be denied.”

On Nov. 16, Agudath Israel of America, an umbrella organization that represents affiliated Orthodox Jewish congregations across the U.S., and two Orthodox congregations in New York City filed an emergency application with the high court for an injunction to stop Cuomo’s order. The state had to file a response by Nov. 20.

In the meantime, the Brooklyn Diocese announced Nov. 18 that its 69 Catholic schools and academies in Brooklyn and Queens, the two New York boroughs that make up the diocese, will continue in-person learning.

“I am frustrated that the mayor’s announcement was made as Catholic schools and academies throughout Brooklyn and Queens were dismissing our students” for the day, said Thomas Chadzutko, diocesan superintendent of Catholic schools. “I want to make it clear to parents, teachers, staff and students that the mayor’s announcement only pertains to New York City public schools, and our schools will be open tomorrow (Nov. 19).”

He added, “We have worked tirelessly to ensure that our school community remains safe for everyone, and we will continue to ensure strict compliance with all health and safety protocols.”