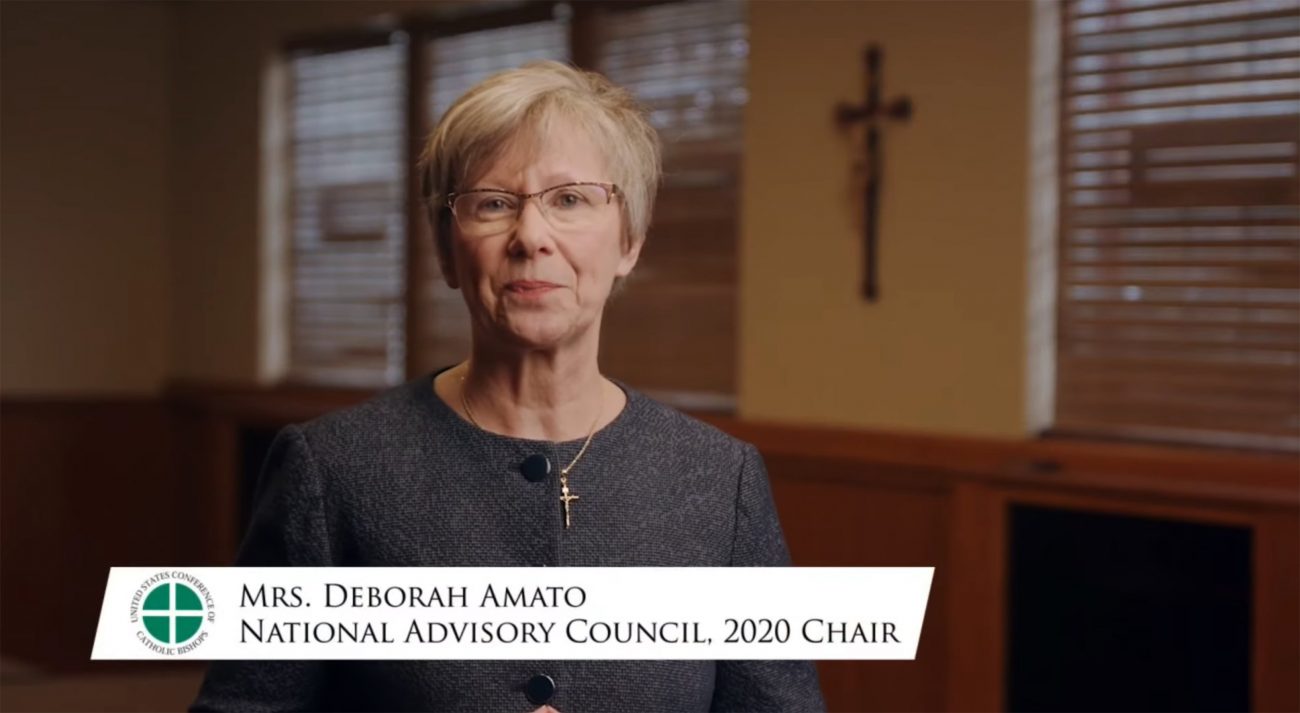 WASHINGTON (CNS) — Two women who lead groups that advise the U.S. bishops on key issues encouraged them Nov. 16 to continue holding dialogues on racism, reaching out to Catholics during the pandemic and letting Catholics know about their efforts to prevent abuse in the church.

Amato’s remarks were taped prior to the Nov. 10 release of the Vatican report on former cardinal Theodore E. McCarrick, so she did not address this investigation except to say that a council member had recently been asking about the report’s status.

“We, like you, have a sense of anticipation and share a desire for justice and for healing,” she told the bishops.

Amato described the advisory council, made up of laity and religious of all ages and from a variety of backgrounds, locations and professions, as the “church in miniature.” The council’s work is to review, discuss and advise the bishops on their meeting agenda items, which this year included practical and pastoral reflections on the COVID-19 pandemic and a pastoral conversation on racism.

She said the advisory council had good support from its members for the bishops’ consideration of renewing the mandate of their Ad Hoc Committee Against Racism for a second three-year term, and some members felt making it a more permanent committee might “lessen the sense of urgency” on the racism issue or compartmentalize it. 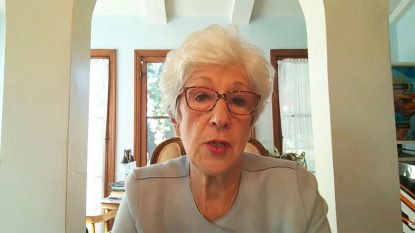 Amato also said the group fully supported bishops proposed efforts for self-reflection and the need to listen to “firsthand stories of pain” as part of their ongoing dialogue on racism.

She said they should listen to many different voices and experiences but that they also should be clear with the terms they use and to be sure not to make discussions political.

“At the end of the day, Christian unity, the respect for all life and remembering the command to love thy neighbor as thyself, remained the goal of our thoughts,” she said of the group’s discussion on the bishops’ response to racism.

The National Advisory Council also recommended U.S. church leaders take an active role in recognizing domestic abuse and be part of the intervention, recovery and healing of this problem that has intensified during the pandemic.

Amato said the church should be a “safe haven for victims of domestic abuse by offering training and tools for our clerical and lay leaders as we follow the mission to protect and heal.”

In another look at the pandemic, she said the advisory council was pleased with the way many Catholic parishes adapted to Mass restrictions by livestreaming Masses or having outdoor confessions.

The group also expressed concerns about what the church will be like after the pandemic if Catholics will return to Mass; the pandemic’s impact on Catholics’ belief on the real presence of Christ in the Eucharist; and the financial impact on individuals and on Catholic schools.

“The faithful are hungry for hope and the sacraments; let’s go out and bring them home,” she told the bishops.

She emphasized the need to bring Catholics back to churches and to accompany them when they return. She also advised a national model that could be used to support small, suffering parishes, especially those with underserved populations.

Amato said the bishops’ advisory council recommended that the bishops make information about what the church is doing to prevent abuse more accessible for Catholics, even in a one-page infographic that could be placed in parish bulletins.

In another presentation about the bishops’ ongoing efforts to prevent sexual abuse, Healy, spoke about the need to make changes to the abuse auditing process that could provide a more comprehensive and accurate accounting of efforts at the local level and also identify areas where the church can do better.

Healy, the former victims’ assistance coordinator for the Archdiocese of Los Angeles, succeeds Francesco Cesareo, who concluded his term as review board chair this past June, a role he had for the past seven years.

Prior to Healy’s remarks, Los Angeles Archbishop José H. Gomez, president of the U.S. Conference of Catholic Bishops, thanked Cesareo for his work with the bishops, noting he had not been able to publicly do this over the summer since they didn’t gather for their typical June meeting.

“We are forever grateful,” he said, of Cesareo’s contributions. Healy likewise thanked Cesareo, saying he worked with “integrity and devotion through some very difficult issues.” Through his efforts, she said, the church “advanced the cause of child protection throughout the nation and continues to be a model for the world.”

In her new role, Healy said she is dedicating her efforts “to the healing of survivors and the protection of children and young people.”

She said she is aware of the many efforts the bishops have done to prevent abuse and bring healing and urged them to “never let up.” Together, with the help of the laity, “we will restore the trust of the people of God and become a transparent church,” she added.

Healy said the review board recommended the bishops evaluate the effectiveness of abuse prevention training programs for adults and children, and that they increase their efforts to communicate to the laity the many ways in which they have made the nation safer.

She also said the review board recommended developing a toolkit to further help bishops with building an even stronger and safer community.

“We exist to serve you,” she said of the review board’s work and added that she was personally committed to serving in her role with integrity.

“May God continue to bless our survivors and our efforts to protect and to heal,” she added.

NEXT: Bishops approve pandemic-influenced budget for 2021