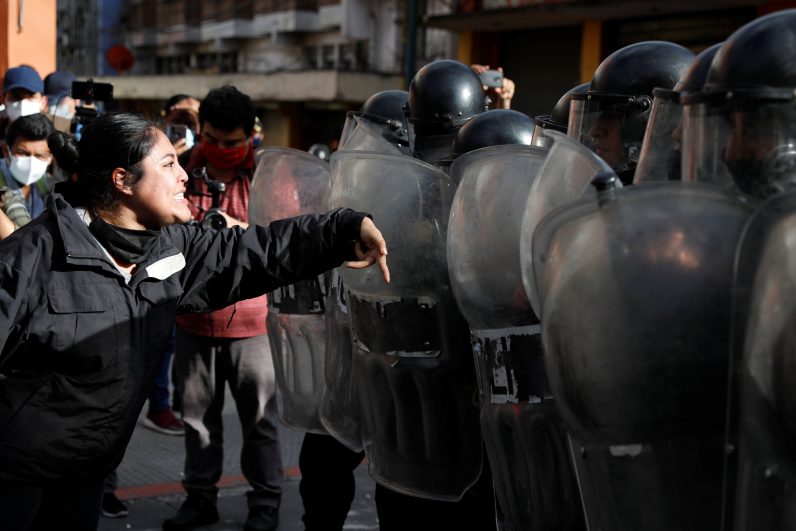 GUATEMALA CITY (CNS) — Guatemala’s bishops urged the country’s president to veto the budget, but also called for calm as some protesters set the country’s Congress on fire.

“This is not defendable from any point of view,” Guatemala City Archbishop Gonzalo de Villa Vásquez said Nov. 22, the day after protesters entered Congress and set fires. “It was only a few who ended up provoking these disturbances … (and) it’s generally people who do not love the country, do not love peace, do not love justice.”

Anger rose in Guatemala after the budget was approved Nov. 18 without, protesters allege, the proper transparency and while the country was distracted by dealing with the fallout of the pandemic and flooding after two tropical storms. Guatemala’s bishops called the process “opaque and certainly murky.”

Lawmakers cut funds for the national human rights office and health and education, in a country where 60% of the population is poor and outward migration prior to the pandemic was commonplace. The lawmakers also voted to increase funds for their own meals, Guatemalan media reported, even as they cut nutrition programs.

“We have 10 consecutive years of underfunded budgets being approved, but never before in such disproportionate amounts as this year,” the statement continued. “The image of Congress for the general population due to this irresponsible act is subject to serious doubts and certain condemnations. It doesn’t favor the governability of the country and, to the contrary, it damages the precarious social peace in Guatemala.”

The protests came as the country’s attempts to curb corruption have faltered and after a period in which the U.S. government has showed more interest in stemming migration from Central America than promoting the rule of law.

“People got tired of politicians and their acts of corruption,” said Nery Rodenas, director of the Archdiocese of Guatemala’s human rights office. “Close to $31 million were taken from social programs and sent to the congress” for its own spending. 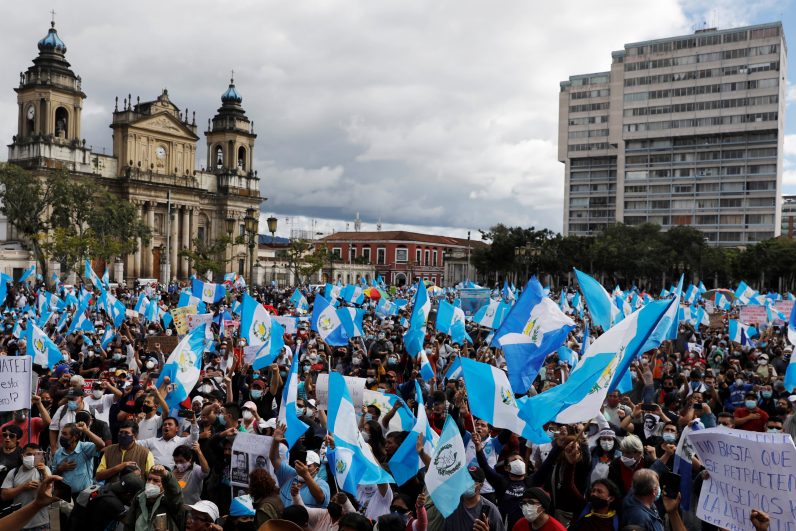 NEXT: In new book, pope urges making ‘space at the table’ for all