Take risks to serve others, pope says on World Day of Poor 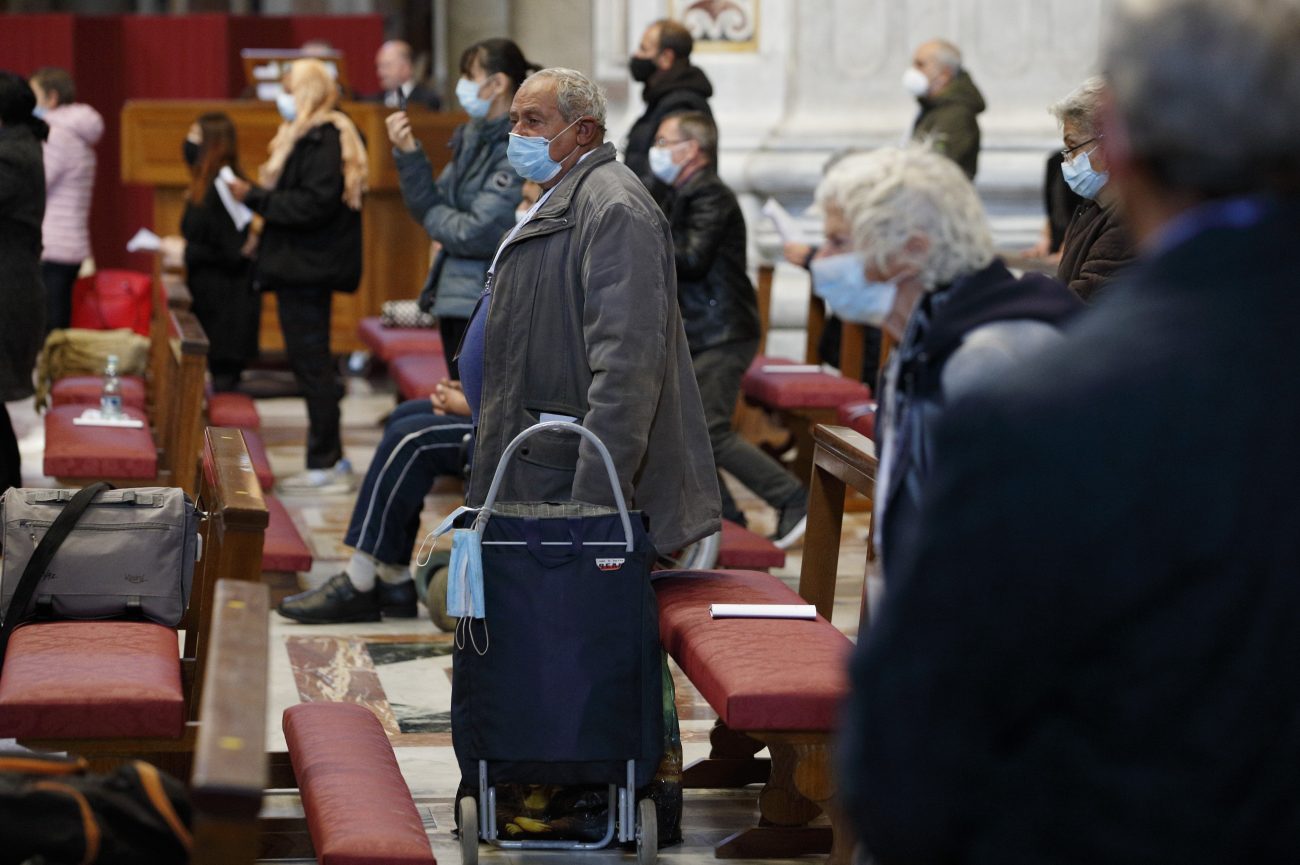 VATICAN CITY (CNS) — Being faithful to God means taking the risk of setting aside one’s own needs and plans in order to serve others, Pope Francis said, celebrating Mass for the World Day of the Poor.

Everyone is invited to “look reality in the face and to avoid the infection of indifference,” he said.

The Mass was celebrated in St. Peter’s Basilica in the presence of about 100 people, who were representing those around the world who face poverty as well as volunteers and benefactors who assist them. Because of ongoing restrictions meant to mitigate the spread of the coronavirus, the Mass was not open to the public and was livestreamed on Vatican news channels.

Instead of the large mobile health clinic, which is usually set up in St. Peter’s Square for the week, a smaller clinic under the colonnade surrounding the square was offering expanded services, including free COVID-19 swab tests for people who need them in order to stay at a homeless shelter or to return home abroad.

In his homily, the pope reflected on Jesus’ parable of the talents, which describes a rich man who entrusts his property to three of his servants. The first two doubled the amount entrusted to them while the third servant hides his sum in a hole to avoid any risks and keep it safe from thieves. However, it bears no fruit and his master rebukes him, calling him useless, “wicked and lazy,” and throws him out of the house.

The pope said the parable describes how everyone has received from God a precious “patrimony,” present in one’s abilities, talents and gifts. Christians are called to use these gifts to do good and serve God by serving others, he said.

The pope warned against forgetting or neglecting the talents one possesses, especially by constantly complaining about the things one lacks or needs.

In the Gospel, good servants are those who take risks, he said. “They are not fearful and overcautious, they do not cling to what they possess, but put it to good use.”

“There is no faithfulness without risk,” he said, because being faithful means putting one’s life in God’s hands and “letting our carefully laid plans be disrupted by our need to serve.”

“Those who take care of themselves to avoid risk begin in their lives a process of mummification of their souls,” he said.

Faith is not just about following rules, the pope said. The third servant did nothing wrong, “but he did nothing good either. He preferred to sin by omission rather than to risk making a mistake. He was not faithful to God, who spends freely, and he made his offence even worse by returning the gift he had received.”

A life is empty when it is only focused on one’s own needs and is “blind to the needs of others,” the pope said.

The poor “help us become rich in love,” he said. “For the worst kind of poverty needing to be combatted is our poverty of love.”

With the season of Christmas approaching, Pope Francis urged people to reevaluate the way they live the holiday season.

“How often do we hear people ask, ‘What can I buy? What more can I have? I must go shopping.’ Let us use different words, ‘What can I give to others?’ in order to be like Jesus, who gave of himself and was born in the manger.”

Later, before praying the Angelus with people gathered in St. Peter’s Square, Pope Francis said it is not hard to find people in need.

“There is so much hunger even in the middle of our cities and so often we fall into that logic of indifference,” which thinks the poor are too far away to help.

There are also Christians who wish their priests and bishops didn’t spend so much time talking about the poor, preferring they talk instead about eternal life, he said. But the poor are at the heart of the Gospel and Jesus came for the poor, so “do not be selfish, hold out your hand to the poor.”

“You have received many things and you would let your brother, your sister starve to death?” he asked.

NEXT: Pope assures Filipinos, battered by storms and floods, of his prayers