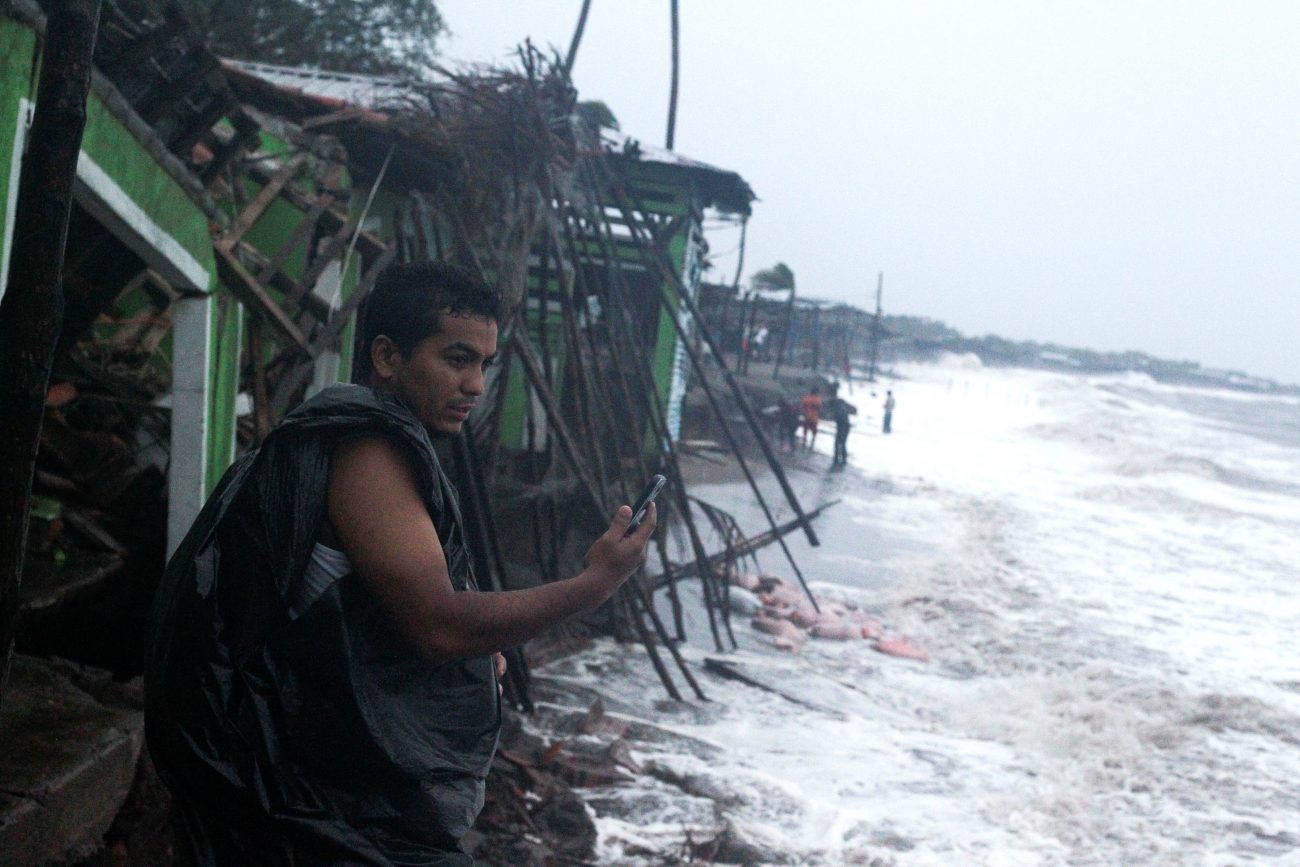 “There are many needs and little human, physical and material capacity to respond,” Jesuit Father Ismael Moreno Coto said from Progreso, Honduras, where he was trapped by a torrent of floodwater flowing through the street past his home.

“At this time, we’re not thinking about other needs (other than) helping people who have been evacuated with water, food basics,” masks — due to the pandemic — and mattresses and sanitary items, he said.

“There will come another step in which we organize ourselves (to provide) food in the shelters, but in this very first stage, it’s what we would call an emergency, and the most urgent thing is saving lives.”

Hurricane Iota landed in Nicaragua as a Category 4 storm and lost strength as it crossed Central America, but it dumped enormous amounts of rain on an already saturated region, provoking flooding, washing away bridges and causing mudslides.

The impact was especially devastating in Honduras, where northern parts of the country flooded, including its largest city, San Pedro Sula.

Honduran authorities estimate some 500,000 people were impacted by the floods, while 26 people in four countries lost their lives, according to press reports.

The devastation of two strong storms arriving in two weeks drew comparisons to Hurricane Mitch, which devastated Honduras in 1998 and claimed at least 9,000 lives.

Father Moreno called the current situation “more integrally disastrous” due to twin storms arriving amid a pandemic. He also said the international response to Hurricane Mitch was more robust and so was the government response.

“On this occasion, when the damage is even worse … we’ve not been able to enter into coordination with the government,” he said. He attributed the problem to his Center for Reflection, Research and Communications, which has criticized the current Honduran government.

“It’s something ideological and above the need to join forces,” Father Moreno said. “I have not been able to speak with the mayor or any functionary because they don’t trust us (and) we’re critical.”

NEXT: German survivors accuse cardinal of ‘abuse of abuse victims’