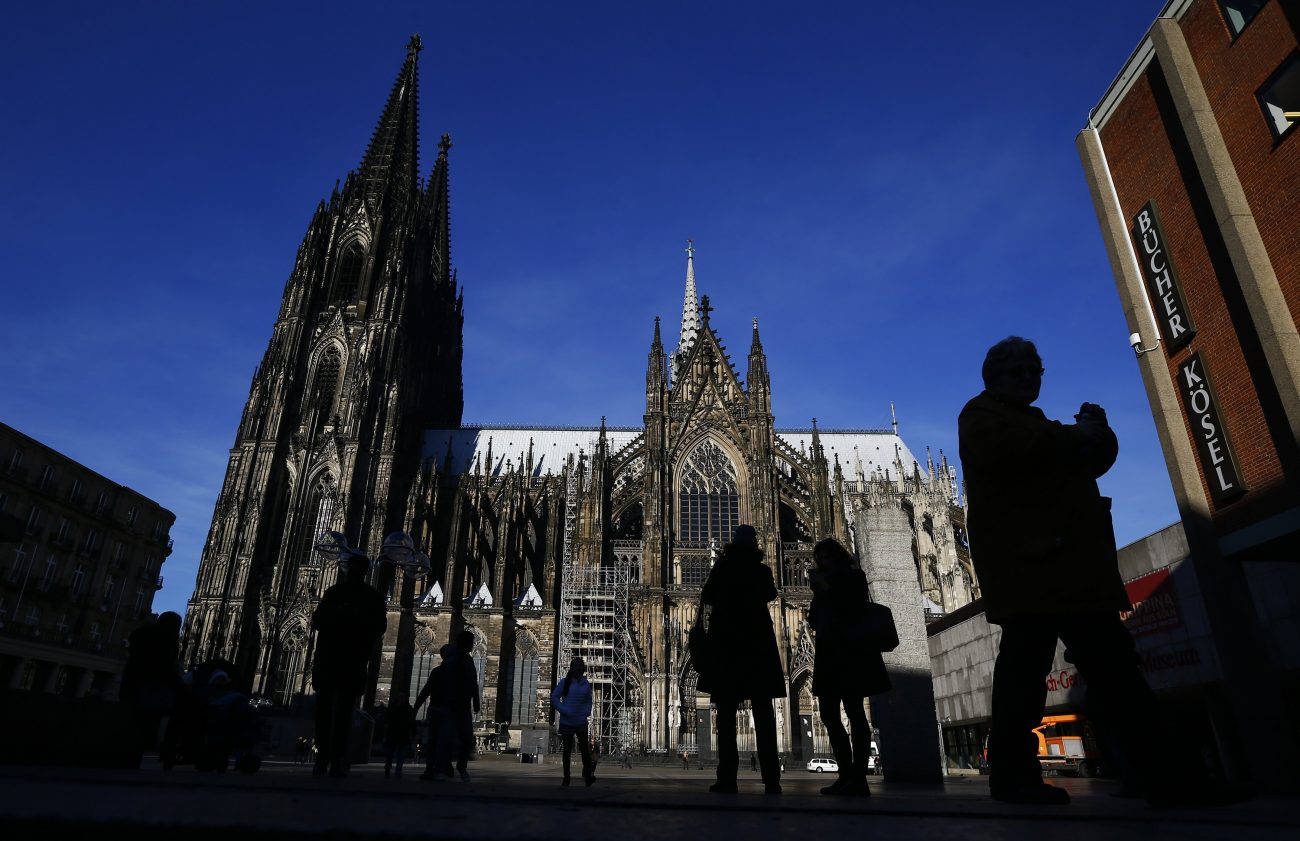 People are silhouetted against the Cologne Cathedral in Germany Jan. 25, 2016. The two abuse survivors who resigned as spokesmen of the victims' advisory board in the Cologne Archdiocese have accused Cardinal Rainer Maria Woelki of a "renewed abuse of abuse victims." (CNS Photo/Wolfgang Rattay, Reuters)

MUNICH (CNS) — The two abuse survivors who resigned as spokesmen of the victims’ advisory board in the Cologne Archdiocese have accused Cardinal Rainer Maria Woelki of a “renewed abuse of abuse victims.”

The board had been “completely overrun” by Cardinal Woelki’s treatment of the Cologne abuse studies, Patrick Bauer told the Süddeutsche Zeitung newspaper in comments published Nov. 19.

“We were meant to deliver the certificate: approved by the advisory board,” said Karl Haucke.

The German Catholic news agency KNA reported that at the end of October, the archdiocese had announced in a joint statement with the victims’ advisory board that the abuse report compiled by a Munich law firm would not be published due to alleged deficiencies, and that Cologne-based criminal law expert Björn Gercke would conduct a new investigation.

The Christ & World supplement of the newspaper Die Zeit cited the unpublished abuse report and said it accused former Cologne cardinals Joseph Höffner and Joachim Meisner of mistakes in handling an abuse case. There is also renewed public debate about the behavior of the Archbishop Stefan Hesse of Hamburg, former head of personnel of the Cologne Archdiocese.

Bauer and Haucke told Süddeutsche Zeitung that the board had been pressured into approving the archdiocese’s actions. In the decisive meeting, Bauer said he had been surprised to find himself facing three lawyers who declared that the report could not be published due to methodological shortcomings.

“For me, that was like the time I was told I had cancer. And the doctor told me: There is only this one therapy and you have to take this path. Or you will die. I had no choice.”

But he added that, in retrospect, he had doubts about the archdiocese’s portrayal of events. He said he found it suspicious that the new expert had already received all the intervention and abuse files of the archdiocese six weeks before.

“Looking back, I thought to myself: The decision has long since been taken,” said Bauer. He and Haucke then resigned as spokesmen of the board.

“The findings must be toxic from the archdiocese’s point of view,” said Haucke, or the archdiocese would not have exposed itself to public criticism in that way. “That’s why our support was so important to them.”

He said the events led to what he called a retraumatization.

“I feel very bad. This was done to me by someone who had previously offered me cooperation on an equal level,” he said.

KNA reported that when asked to comment on demands that Cardinal Woelki should resign, Haucke said: “I would indeed be interested to know how Cardinal Woelki reconciles his behavior with his function as bishop. Margot Kaessmann, the Protestant bishop, resigned because she ran a red light with too much alcohol in her blood. I find the renewed abuse of abuse victims no less reprehensible.”

Christ & World reported Cardinal Höffner, who died in October 1987, a month after retiring as archbishop of Cologne, had violated church law by failing to act against a priest convicted by a court of “continued fornication with children,” the report said. It said his successor, Cardinal Meisner, who retired as archbishop in 2014 and died in 2017, had also “in breach of his duty refrained from any sanctions (…) on the part of the church as well as from measures to protect endangered children and young people.”

Despite the two convictions, the priest, who is now 87, worked in the dioceses of Cologne, Münster and Essen. The dioceses have commissioned investigations into the case.

Meanwhile, the newspaper Frankfurter Allgemeine Zeitung Nov. 19 published a report about a letter written by Cardinal Woelki to Archbishop Hesse in spring 2019. The letter citied in the newspaper said that in 2010 and 2011 the former director of personnel behaved “unlawfully in several respects” in an abuse case.

Above all, the Vatican Congregation for the Doctrine of the Faith had not been informed, which had already been obligatory at that time.

The controversy in Cologne coincided with the publication of a report into the handling of abuse cases in the neighboring, smaller Diocese of Aachen. That report, by the same Munich law firm, incriminates retired Bishop Heinrich Mussinghoff, now 80, and his former vicar general, Father Manfred von Holtum, now 76.

The Munich law firm report said that up until 2010, the two prelates and their deceased predecessors were more focused on protecting the perpetrators than on caring for the victims.

The lawyers said that in their view there was an “undeserved leniency” toward suspected and convicted clergymen who were often reinstated in pastoral care. There were conspicuous gaps in the diocese’s files; in one case there may have been a deliberate cleansing.

The Diocese of Aachen had commissioned the report in summer 2019 to shed light on cover-ups by decision-makers and to identify systemic errors.

The lawyers said there had been abuse by 81 priests, including two deacons. Twenty-four of them were still alive. There were a total of 175 victims, of whom almost three quarters were male.

NEXT: In lawsuit, cardinal claims reports blocked his path to papacy