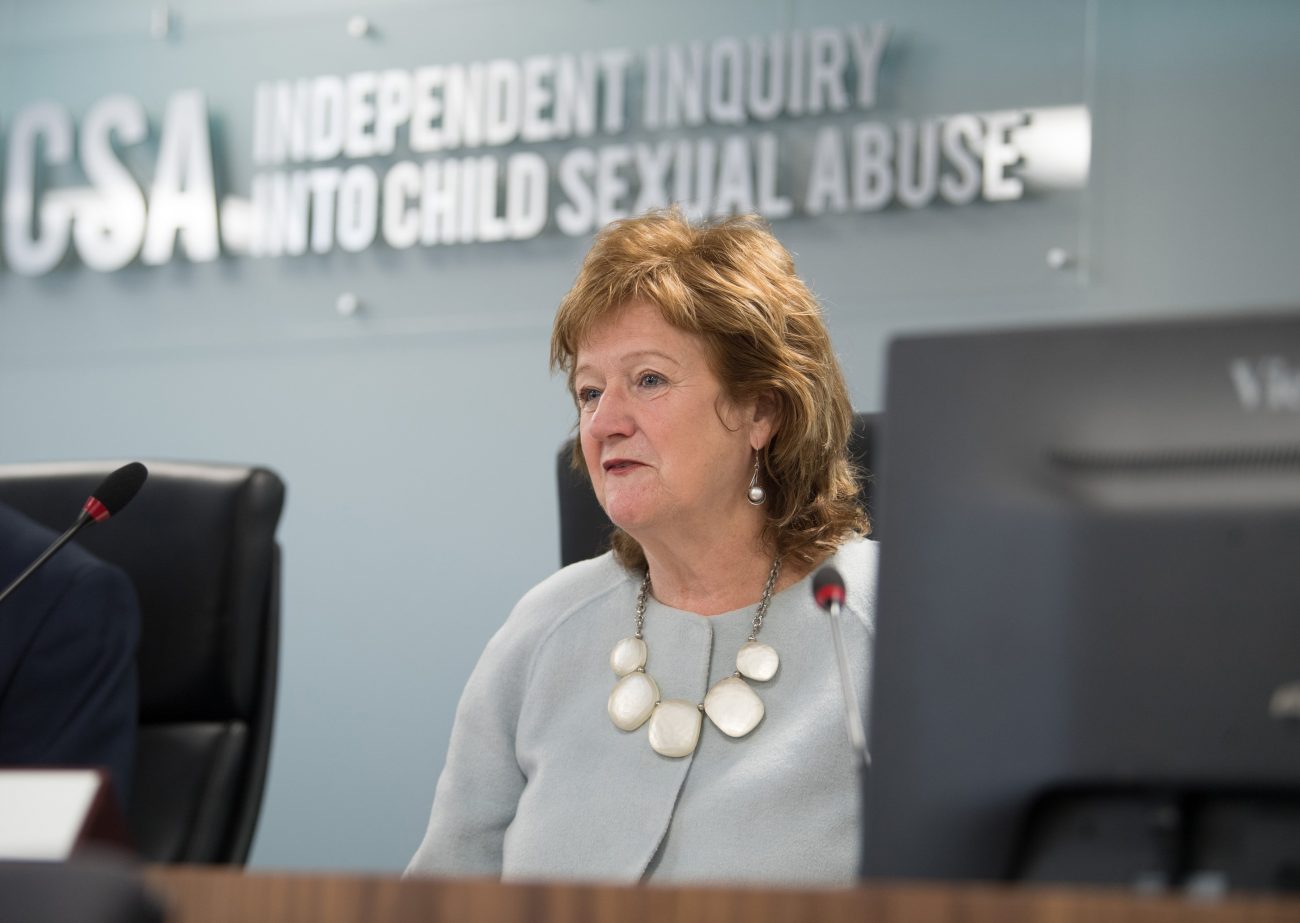 Alexis Jay, chair of the Independent Inquiry into Child Sex Abuse in England, is pictured in an undated photo. The inquiry's report on the Catholic Church, released Nov. 10, 2020, criticized Cardinal Vincent Nichols of Westminster and the Vatican for failing to show compassion or leadership in the fight against child abuse. (CNS photo/courtesy Independent Inquiry into Child Sex Abuse) 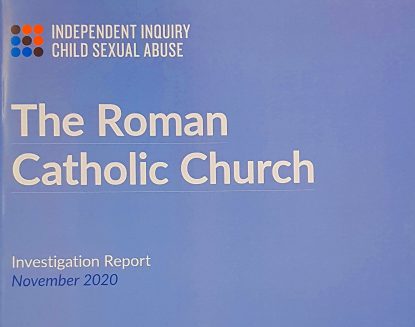 Pictured is the cover of the 154-page “investigation report” of the Independent Inquiry into Child Sex Abuse. The inquiry’s report on the Catholic Church, released Nov. 10, 2020, criticized Cardinal Vincent Nichols of Westminster and the Vatican for failing to show compassion or leadership in the fight against child abuse. (CNS photo/courtesy Independent Inquiry into Child Sex Abuse)

MANCHESTER, England (CNS) — The Catholic Church in England and Wales and the Vatican failed to show compassion or leadership in the fight against child abuse, a U.K. inquiry concluded.

“The Roman Catholic Church: Investigation Report” was part of a national inquiry — set up by the British home secretary — into abuse in a range of institutions, including social care, government and the Church of England. The report on the Catholic Church, released Nov. 10, accused Cardinal Vincent Nichols of Westminster, president of the Bishops’ Conference of England and Wales, of putting the reputation of the church ahead of the welfare of vulnerable children.

The report said it found “no acknowledgment of any personal responsibility to lead or influence change” on the part of the cardinal. “Nor did he demonstrate compassion toward victims in the recent cases which we examined,” it said.

“His acknowledgment that ‘there is plenty for us to achieve’ applies as much to him as it does to everyone else in the church,” it said. “He did not always exercise the leadership expected of a senior member of the church, at times preferring to protect the reputation of the Roman Catholic Church in England and Wales and in Rome.”

The Nov. 10 report also expressed exasperation at the refusal of the Holy See to cooperate with the inquiry beyond imparting limited information, much of which, it said, “was already in the public domain.”

“The Holy See’s limited response on this matter manifestly did not demonstrate a commitment to taking action,” the report said. “Their lack of cooperation passes understanding.” 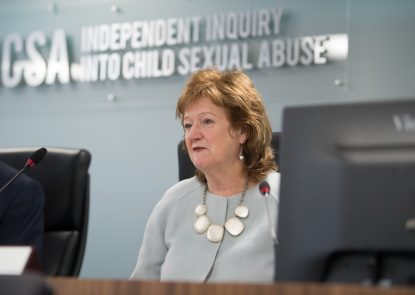 Alexis Jay, chair of the Independent Inquiry into Child Sex Abuse in England, is pictured in an undated photo. The inquiry’s report on the Catholic Church, released Nov. 10, 2020, criticized Cardinal Vincent Nichols of Westminster and the Vatican for failing to show compassion or leadership in the fight against child abuse. (CNS photo/courtesy Independent Inquiry into Child Sex Abuse)

The report draws on evidence from the inquiry’s three case studies on Ampleforth and Downside abbeys and their respective schools, Ealing Abbey and St. Benedict’s School, and the Archdiocese of Birmingham.

In its examination of the “institutional failings” of the Catholic Church and its safeguarding structures and processes, it gathered evidence over seven weeks of public hearings to show that between 1970 and 2015, the church received more than 900 complaints involving more than 3,000 instances of child sexual abuse against more than 900 individuals in the church, including priests, monks and volunteers.

In the same period, the report said, there were 177 prosecutions resulting in 133 convictions, with millions of pounds paid in compensation.

“As shocking as the figures are, they tell only part of the story,” the report said. “Child sexual abuse has a devastating and often lifelong impact on the victims and survivors … the inquiry heard accounts of lives blighted by child sexual abuse, compounded by cover-ups and failures by the Catholic Church to take action against perpetrators.”

“In some cases, suspects were moved from one institution to another — from parish to parish, abbey to abbey — with the receiving body not informed of the dangers posed by the individual being sent to them,” it said.

It dismissed the notion that child abuse was a historic problem, noting that more than 100 complaints a year have been reported since 2016.

The report made seven recommendations in such areas as leadership, training, auditing and compliance, and requested a change in the Code of Canon Law to explicitly recognize abuse as a crime against a child.

It stopped short of demanding the mandatory reporting to the police of abuse admitted in the confessional, but said the inquiry would revisit the subject in its final general report.

Cardinal Nichols, president of the Bishops’ Conference of England and Wales, and Archbishop Malcolm McMahon of Liverpool, conference vice president, responded by apologizing “to all victims and survivors who have not been properly listened to or properly supported by us.”

“Child sexual abuse is a crime,” they said in a Nov. 10 statement. “It is a crime that requires committed vigilance and strict procedures to ensure reporting to the statutory authorities. This is the church’s policy.”

They added: “Abuse is an evil act against the most vulnerable; it must never be excused or covered up. Abuse committed against children and the consequent damage to people’s lives cannot be undone. For this, we apologize without reservation, and we are committed to listen attentively to the voices of those who have been abused.”

NEXT: Pandemic leads multicultural parish in Israel to unite in faith