Argentine bishops urge lawmakers to reflect ahead of abortion debate 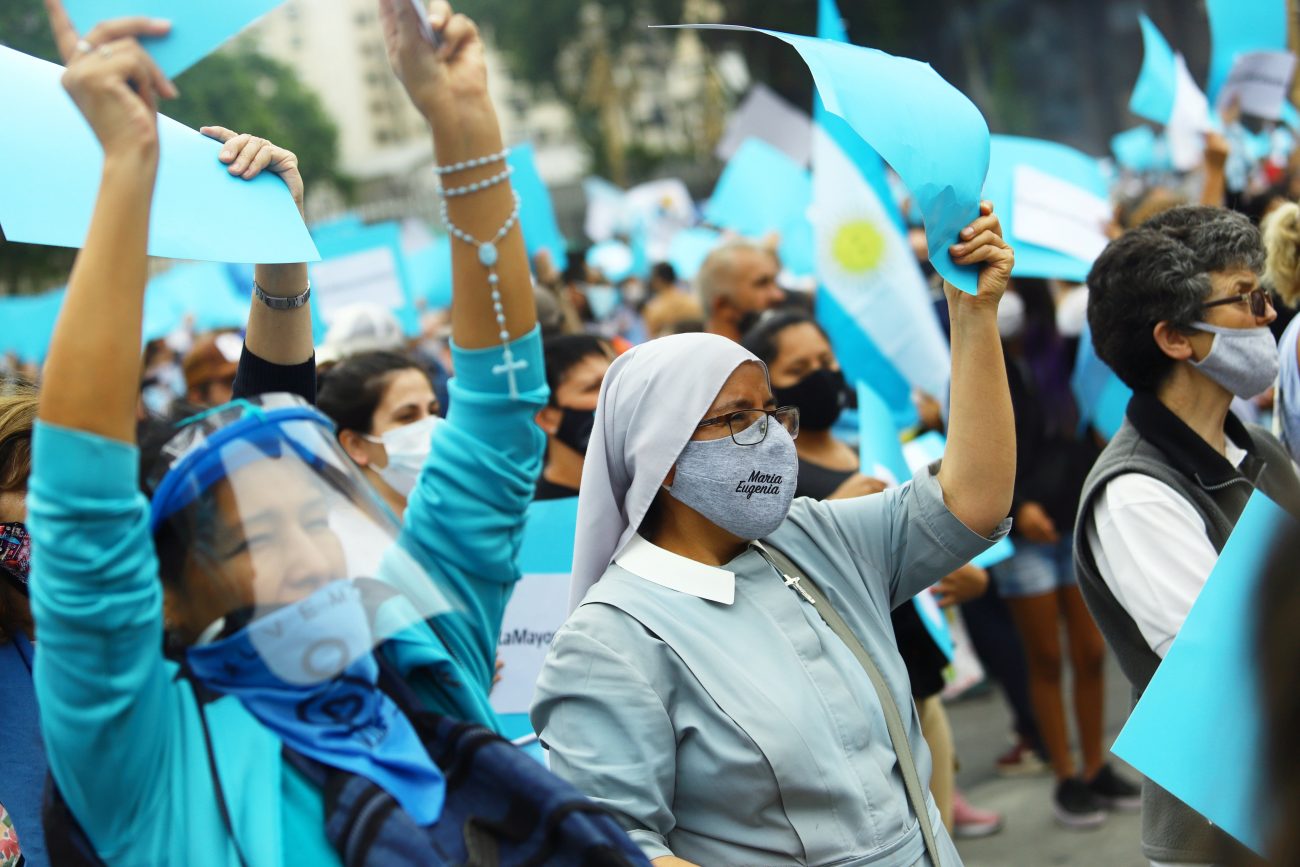 A nun and other pro-life supporters participate in a rally outside the National Congress building in Buenos Aires, Argentina, Nov. 28, 2020. Argentine legislators are considering a bill that would permit abortion during the first 14 weeks of pregnancy and allow it at any time for health reasons or in the case of rape. (CNS photo/Matias Baglietto, Reuters)

BUENOS AIRES, Argentina (CNS) — The president of the Argentine bishops’ conference called on lawmakers to “reflect” as they prepare to debate a bill that would legalize abortion in the South American country.

“We ask our legislators to take a second of reflection on what it means to respect life and the many persons who will be denied birth and who could enrich our world and fill us with hope,” Bishop Óscar Ojea of San Isidro, conference president, said in a Dec. 9 message posted to social media.

Pope Francis, former archbishop of Buenos Aires, “has spoken to us repeatedly of a throwaway culture,” Bishop Ojea added. “A society defines itself by its look toward the most vulnerable, the poorest, the most defenseless. This is what characterizes and marks the dignity of a people and a culture.”

As dioceses across the country celebrated the Dec. 8 feast of the Immaculate Conception, some bishops prayed to Mary for the unborn.

They also urged lawmakers to reject the bill, which was set to be discussed in the country’s congress during December. Prelates also questioned the timing: the COVID-19 pandemic has claimed more than 40,000 lives in Argentina, and poverty has soared.

“At this time in which we are living, where life is so threatened by #COVID19, it makes me wonder why there are lives that matter and lives that don’t. I believe this is an opportunity so we can reflect and opt for #life,” Auxiliary Bishop José Adolfo Larregain of Corrientes said in comments posted to social media by the bishops’ conference.

“It must hurt us that we are speaking of almost 50% poverty in the country of wheat (yet) are thinking with selfishness of eliminating children. The Virgin teaches us to only kneel before God,” said Archbishop Juan Puiggari of Paraná.

The bill, presented to Congress Nov. 17 by President Alberto Fernández, would permit abortion during the first 14 weeks of pregnancy and allow it at any time for health reasons or in the case of rape. A similar proposal was narrowly voted down by the country’s Senate in 2018 after being approved by the lower house.

“Part of this hypocrisy is presenting abortion as a necessity of the poor,” said Father José María di Paola. “I think it would be enough for our functionaries to line up in our health centers, be attended to in provincial and national hospitals, to realize what the poor truly need — especially poor women.”