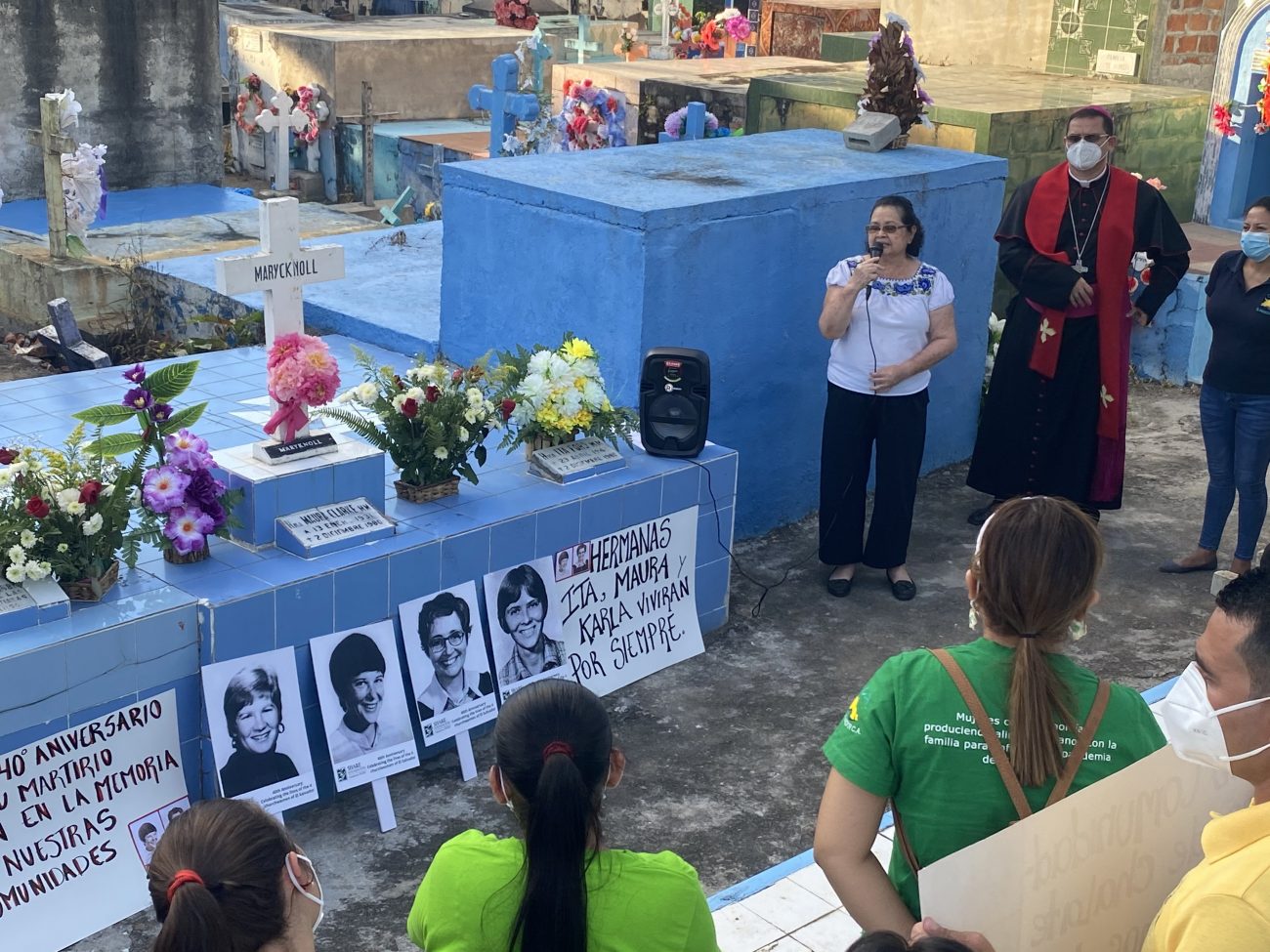 A group of pilgrims gathers near the tomb of Maryknoll Sisters Ita Ford and Maura Clarke Dec. 1, 2020, the eve of the 40th anniversary of their assassination in the Central American nation. Along with Ursuline Sister Dorothy Kazel and laywoman Jean Donovan, the Maryknoll sisters helped children and civilians find refuge but were subsequently raped and assassinated by military. Even with the COVID-19 pandemic, small groups stopped by with music and flowers to remember the U.S. Catholic women as "martyrs." (CNS photo/Rhina Guidos)

“With evangelical commitment and taking great risks, they brought food and medicine to displaced people and helped the poorest families,” he said. “These women lived their faith with great generosity. They are an example for all to become faithful missionary disciples.”

The December 1980 murder of the four missionaries capped a deadly year for the Catholic Church in El Salvador. In March of that same year, St. Oscar Romero, then-archbishop of San Salvador and a critic of the right-wing government’s use of violence and torture in the country, was murdered while celebrating Mass.

Donovan and Sisters Clarke, Ford and Kazel were returning from El Salvador International Airport when their vehicle was stopped by military guardsmen. They were subsequently abducted, raped and shot to death.

Their deaths drew outrage in the United States, prompting the government, which at the time was allied to the Salvadoran right-wing regime, to call for an investigation.

According to a 1998 report by the New York Times, the four guardsmen, who were convicted in 1984 for the brutal killing, admitted that they were ordered by Salvadoran government authorities to carry out the murders.

Commemorations of the four women’s deaths were being held in El Salvador, in the United States and in Rome.

NEXT: German cathedral becomes center of mourning after SUV attack