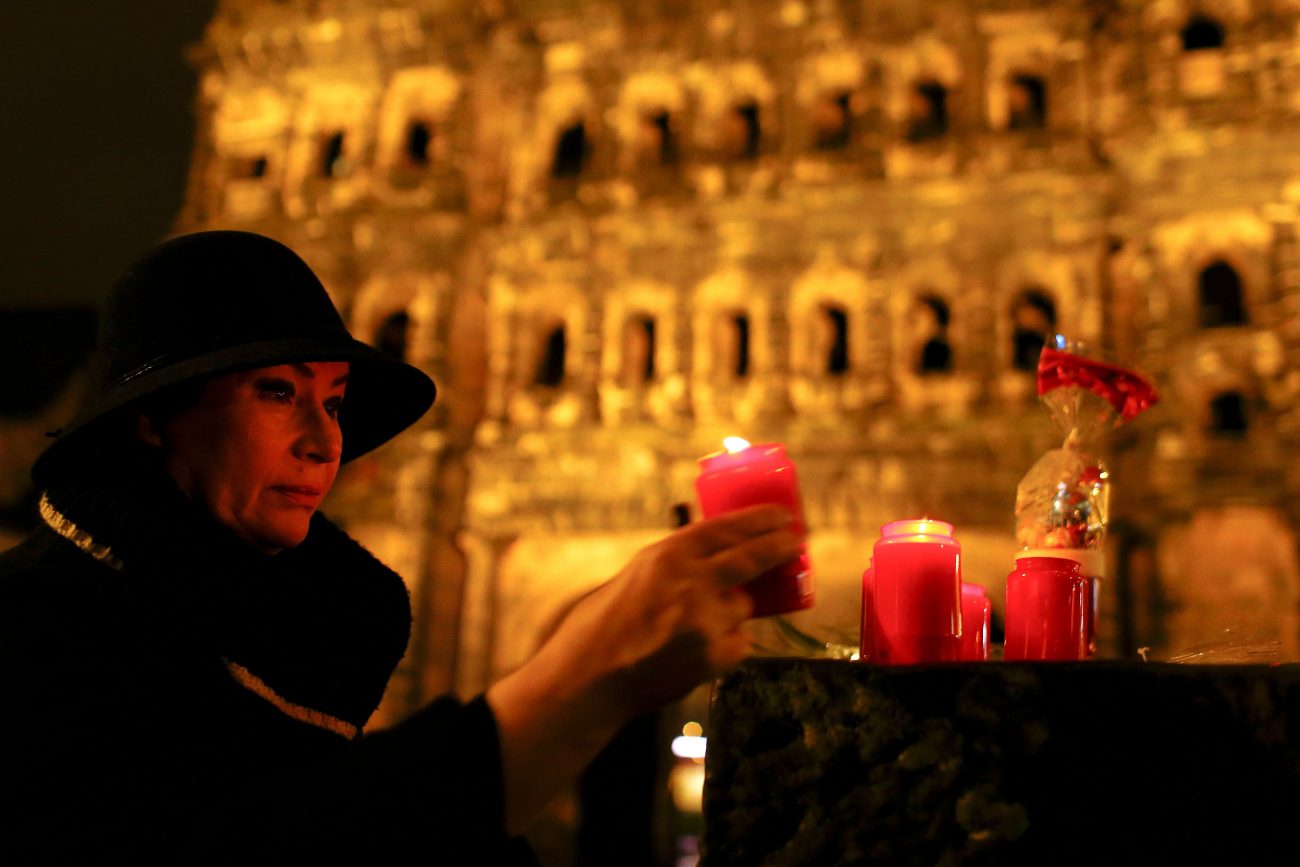 A woman places a candle in front of the Porta Nigra after an SUV plowed into pedestrians in Trier, Germany, Dec. 1, 2020. The driver killed at least five people, including a 9-week-old baby and her father, and seriously injured more than a dozen, officials said.(CNS photo/Thilo Schmuelgen, Reuters)

BERLIN (CNS) — People gathered in Trier’s cathedral the evening of Dec. 1 to pray for the victims of a lone attacker who plowed his SUV into Christmas shoppers, killing five people and seriously injuring about a dozen others.

A 9-week-old baby and her father were among those who died; the mother and the family’s 18-month-old were among the injured in the quaint pedestrian zone of Germany’s oldest town.

As Germany reacted with horror and shock, the people of Trier turned to their mostly Catholic faith. The fourth-century cathedral became the center of mourning.

Bishop Stephan Ackermann of Trier said he was “deeply shocked by the amok run that happened virtually on our doorstep.” The cathedral and bishop’s residence are only a few yards away from the path the perpetrator’s vehicle took.

The cathedral was opened for prayer, while an Easter candle was placed in front of the altar. Emergency chaplains were on duty. Other churches around Trier held small prayer services.

At 8 p.m. the bells in all parishes tolled for the dead. In the cathedral, the largest bell of the ten bells, the 8.79-ton “Christ and Helena” bell or the “death bell,” tolled. It normally only tolls when a member of the cathedral chaplaincy, a bishop or a pope dies.

About 100 people attended an ecumenical, socially distanced solidarity prayer service for the victims, their relatives and first responders.

“A terrible day for Trier comes to an end,” the bishop told mourners.

Judith Rupp, diocesan press spokeswoman, said, “It was important to us to offer people a chance to come together on this difficult day.”

NEXT: When (Christmas) markets fall, economies in Germany, Austria take a hit