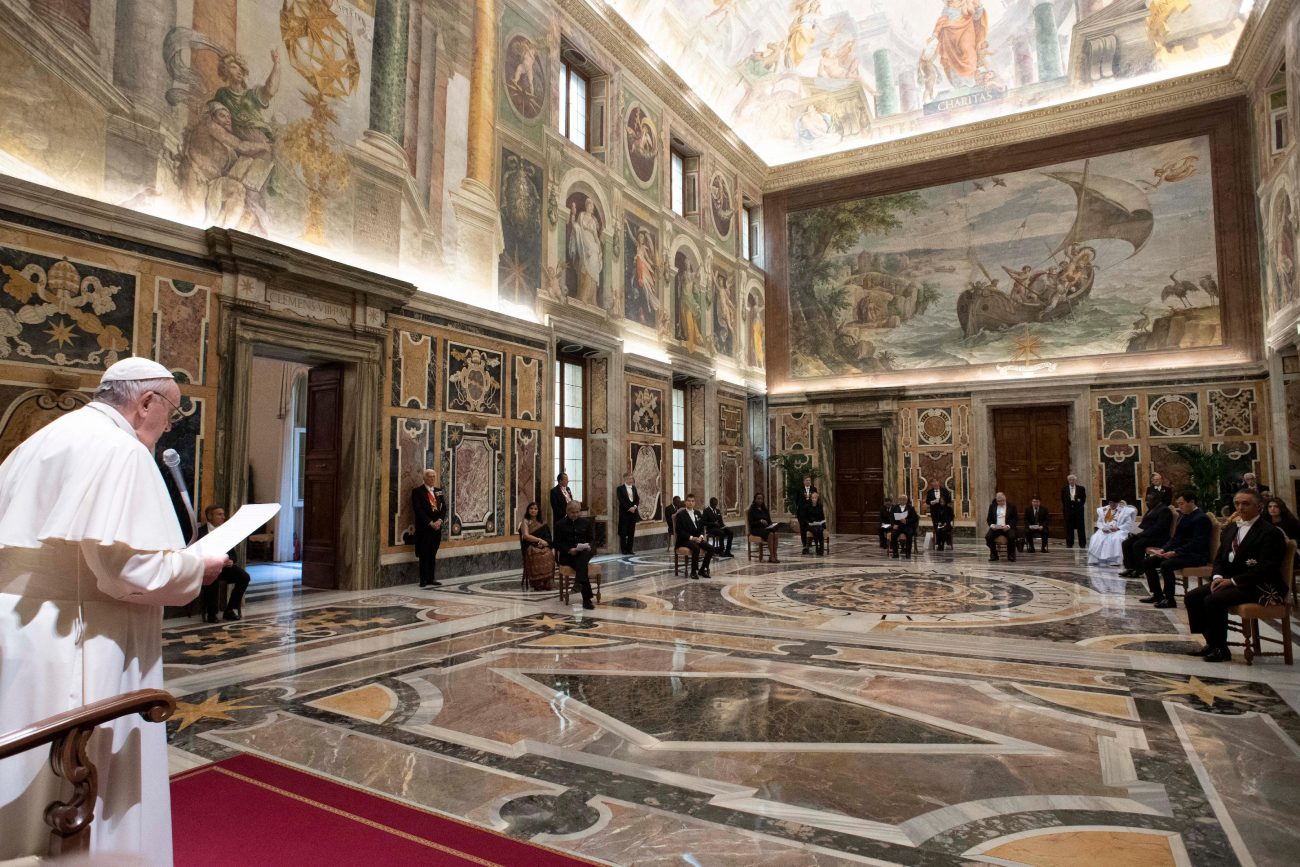 Pope Francis speaks during a meeting with new ambassadors to the Holy See at the Vatican Dec. 4, 2020. He told them the world urgently needs sincere dialogue and cooperation to face "the grave threats facing our planet." (CNS photo/Vatican Media)

Such dialogue and cooperation must be capable of “uniting us in confronting the grave threats facing our planet and mortgaging the future of younger generations,” he said.

The pope spoke Dec. 4 to 10 new ambassadors to the Vatican, who were presenting their letters of credential. The new ambassadors were from Jordan, Kazakhstan, Zambia, Mauritania, Uzbekistan, Madagascar, Estonia, Rwanda, Denmark and India.

He told them, “You are beginning your mission at a time of great challenge facing the entire human family.”

“Even before the outbreak of COVID-19, it was clear that 2020 was going to be a year marked by urgent humanitarian needs due to conflicts, violence and terrorism in different parts of our world,” he told the group.

“Economic crises are causing hunger and mass migration, while climate change is increasing the risk of natural disasters, famine and drought,” he said.

In fact, he said, the pandemic is aggravating inequalities “as the poor and the most vulnerable of our brothers and sisters risk being neglected, excluded and forgotten.”

The crisis, Pope Francis said, has made people realize “that we are in the same boat, all of us fragile and disoriented,” but also important and needed for moving forward and for comforting each other.

“It is my hope that your diplomatic activity as representatives of your nations to the Holy See will foster the ‘culture of encounter’ needed to transcend the differences and divisions that so often stand in the way of realizing the high ideals and goals proposed by the international community,” he told them.

“Each of us is invited, in fact, to work daily for the building of an ever more just, fraternal and united world.”