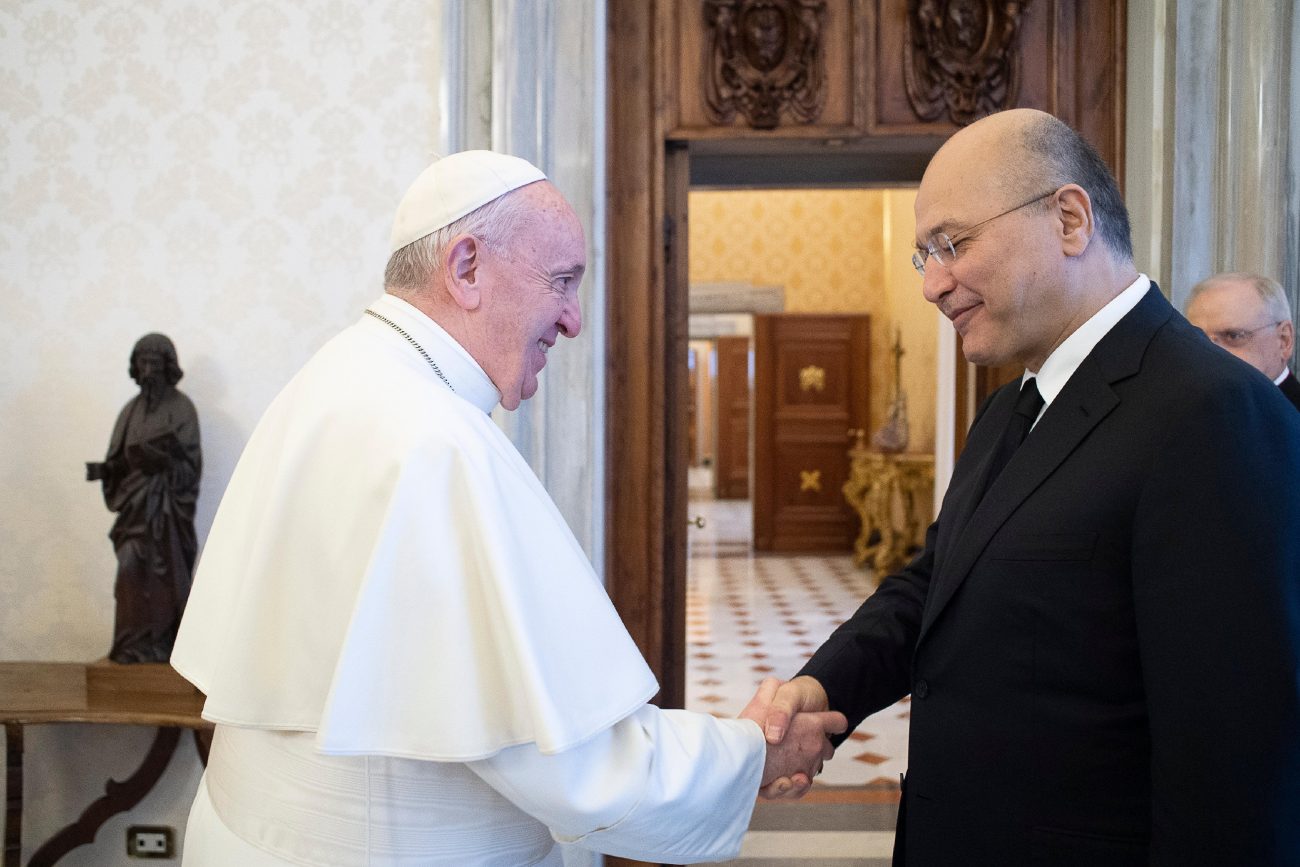 VATICAN CITY (CNS) — Barring any obstacles caused by the global pandemic, Pope Francis is set to begin international travel again in 2021 by visiting Iraq in March, which would make him the first pope to visit this nation.

“Pope Francis, accepting the invitation of the Republic of Iraq and of the local Catholic Church,” will visit Iraq March 5-8, said Matteo Bruni, head of the Vatican press office.

“He will visit Baghdad, the plain of Ur, linked to the memory of Abraham, the city of Irbil, as well as Mosul and Qaraqosh in the plain of Ninevah,” Bruni wrote Dec. 7.

Details about the trip “will be made known in due course and will take into consideration the evolution of the worldwide health emergency,” he added.

It would be the pope’s first international trip since his journey to Thailand and Japan in November 2019.

“We are so thirsty for hope,” he said of the Iraqi people.

“People are suffering, dying, because of conflicts and also because of the pandemic. So this visit is a big source of joy for all the population of this region,” Cardinal Sako said.

In a June 2019 meeting with a Vatican coalition of funding agencies, known by its Italian acronym ROACO, the pope told them he had hoped to go to Iraq in 2020.

The pope met with Iraqi President Barham Salih at the Vatican Jan. 25, 2020.

According to the Vatican, the private talks between the president and the pope, and a separate meeting with other top Vatican officials, underlined the need for promoting stability, reconstruction, national sovereignty and dialogue in the country as well as guaranteeing security for Christians.

Cardinal Sako told CNS he hopes Pope Francis will address “tolerance, human solidarity, to respect each other, to respect life” and that “wars and conflicts are not the answer.”

“If there are problems, we should go through dialogue. Not with weapons.”

He said he expects the visit to give Christians “a big support” to stay in their homeland and “to persevere, to hope and not to leave.”

“We have a vocation and also we have a mission” in Iraq, he said. “We have many problems, but our fathers (ancestors) had the same problems. Still, they resisted and they continued to witness the values of the Gospel.”

He said the church would work with the Iraqi government and a committee of churches to coordinate the visit. They are preparing a theme related to the evangelical verse, “You are brothers.”

“That means we are all brothers. We belong to the same family. We have to live together,” Cardinal Sako stressed, in reference to Christians and Muslims.

Cardinal Sako noted that in visiting the biblical site of Ur, the pontiff is likely to stress a message that “Abraham is the father of Jews, Christians, and Muslims, and that we should all live together in peace and harmony.”

Regarding the announcement of a visit to Iraq following the pope’s curtailed travels due to the coronavirus pandemic, Cardinal Sako said, “This is very courageous.” But the cardinal expressed his trust that God will protect the pope.

There were at least 1.4 million Christians estimated to have been living in Iraq before the U.S.-led coalition’s invasion in 2003.

With the ensuing chaos and violence of war, then the occupation and violence of Islamic State forces in the Ninevah plain, it is estimated there are less than 400,000 Christians in the country, according to Vatican News Dec. 7.

There are some 1.7 million people displaced within Iraq, and UNICEF estimates more than 4 million people — half of them children — need humanitarian assistance.