With tears of joy, exiled archbishop returns to Belarus for Christmas 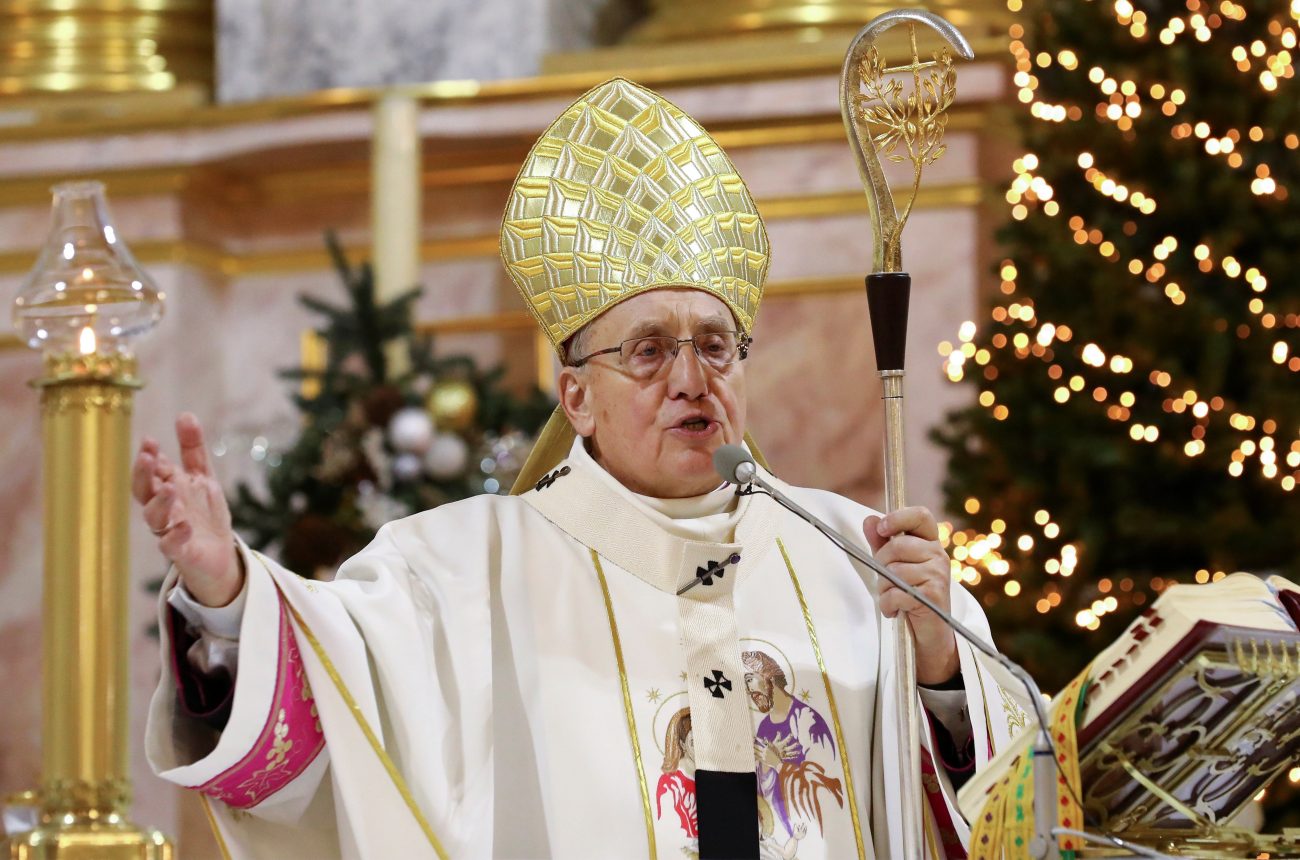 Archbishop Tadeusz Kondrusiewicz of Minsk, Belarus, celebrates Christmas Mass at his cathedral following his return to Minsk Dec. 24, 2020. He was in exile for almost four months for defending the rights of anti-government protesters. (CNS photo/Stringer, Reuters)

MINSK, Belarus (CNS) — After almost four months in exile, Archbishop Tadeusz Kondrusiewicz of Minsk returned to his people and his cathedral in time to celebrate Christmas.

Just after crossing the border from Poland into Belarus Dec. 24, he said he stopped the car, got out, knelt, “thanked God for returning and kissed the ground.”

“This is my land! I grew up here!” he told reporters, his voice breaking with emotion.

He was able to celebrate Masses Dec. 24 and 25 in his homeland.

Archbishop Kondrusiewicz, who had gone to Poland in August, was blocked from reentering Belarus Aug. 31; two weeks later, the Belarusian Interior Ministry confirmed the archbishop’s passport had been canceled to prevent its “unjustified use,” but said his Belarusian citizenship remained valid.

The archbishop’s treatment was widely read as part of wider efforts by President Alexander Lukashenko and his supporters to halt criticism or those who might support people criticizing Lukashenko’s government. The president, who has been in power since 1994, was declared the winner of a new election Aug. 9; the government said he won more than 80% of votes, a claim that triggered allegations of fraud, set off widespread demonstrations that continue and a police crackdown that led many opposition leaders to flee the country.

Pope Francis sent Lukashenko a personal letter, hand delivered Dec. 17 by Archbishop Claudio Gugerotti, nuncio to Great Britain and former nuncio to Belarus. Five days later, the current nuncio, Archbishop Ante Jozic, announced that the government informed him that “Archbishop Tadeusz Kondrusiewicz has no obstacles to return to the territory of the Republic of Belarus.”

NEXT: Argentina legalizes abortion during first 14 weeks of pregnancy