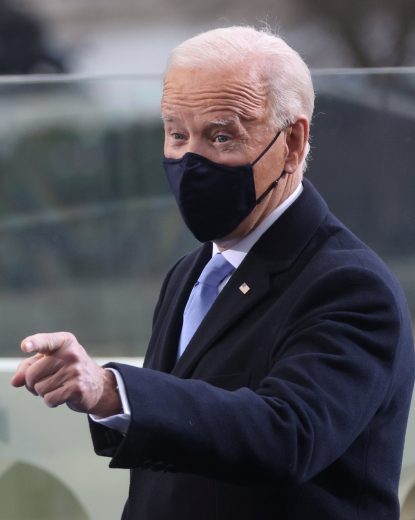 U.S. President Joe Biden is seen at the U.S. Capitol in Washington Jan 20, 2021, during his inauguration. (CNS photo/Jonathan Ernst, Reuters)

WILMINGTON, Del. (CNS) — It’s not every kid who gets to say, “I’m a student at the president’s high school alma mater.”

As of noon Jan. 20, the students at Archmere Academy had that going for them. It’s a major milestone for the school in the Wilmington Diocese and has created a buzz on campus.

Joe Biden is a 1961 grad of the coeducational, private Catholic high school in Claymont, Delaware, which is operated in the Norbertine tradition. He was sworn in as the nation’s 46th president in a ceremony at the U.S. Capitol.

“It’s really an inspiration,” said Sean Vanson, 17, who is senior class president. “We’re ecstatic. It just shows we can do whatever we want if we work hard. The sky’s the limit.”

Vanson, who is from North Wilmington, has never met Biden, but they have student council membership in common. Both were president of the senior class.

“To be in the role that our now-president was in, it just blows my mind. It makes me think there really is no limit to what students at Archmere can do,” he told The Dialog, Wilmington’s diocesan newspaper. “It’s just inspiring to know that he held the same position that I do now.”

“I think it’s pretty cool to look at someone who has such a prominent role in our country and to think that he walked the same halls that I did,” she said. “He was immersed in this community, same as me, and especially Joe Biden because he lives in Wilmington and I have friends who are close with him. I think it’s so interesting to have that kind of connection. It’s cool.”

Kuonga has not met Biden, but she has a brother who has.

“It not only gives so much credit to Archmere, the kind of institution that it is, but it also shows that you can really come from anywhere and you can achieve such great things,” she said. “Archmere does a really good job of instilling that in their students.” 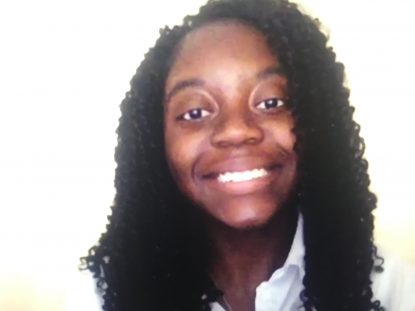 Maeva Kounga, a senior at Archmere Academy in Claymont, Del., is pictured in this undated photo. (CNS photo/courtesy The Dialog)

Kuonga plays girls lacrosse and is involved in the band. She’s an Auk ambassador — the school mascot is the “Auks” — and she is one of the senior leaders on the “Be Positive” team. She obviously has leadership qualities. But she’s not sure she aspires to be president.

“I have honestly never been that into politics, up until this year,” Kuonga said. “I think because I am taking AP (advanced placement) government/politics and having an alum as the president it has piqued my interest a bit more this year.”

“We’ve become very polarized in our ideals,” she said, “and I think a lot of things are going to happen in our country, in all aspects, not just in one specific area.”

“It is a hard job, and it comes with a lot of responsibilities,” he said. “You need people skills. It’s a tough job and maybe I think that one day I could get there, seeing as Biden has done it. The stuff that Biden will be doing in his term will go down in history, and that is something that would be of interest to me – that I would be making a difference in the lives of people – and that’s what comes with being president.” 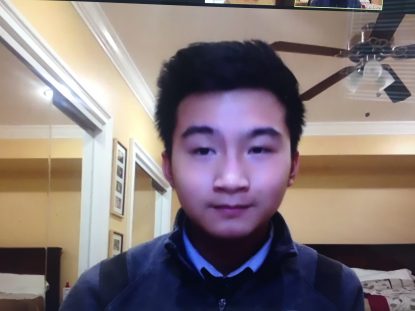 Vanson plays tennis at Archmere and is involved with community service with a focus on social services — “when COVID restrictions weren’t as prevalent,” he said.

He doesn’t dream of being president — though “maybe one day I could be president” — but he’s happy to see a fellow Auk in the White House.

“A ton of people will be watching it. It will be amazing to see Biden step up there at the inauguration and be president,” he said ahead of Biden’s inauguration. “There is a lot of divide in the nation right now, so maybe this could be the step that brings us together. It could be a milestone.” 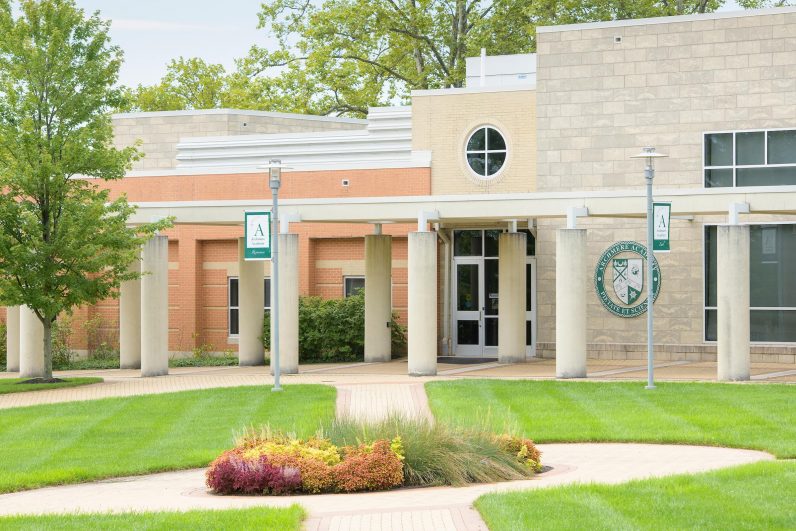 Archmere Academy in Claymont, Del., is pictured in this undated photo. (CNS photo/Jim Graham via The Dialog)