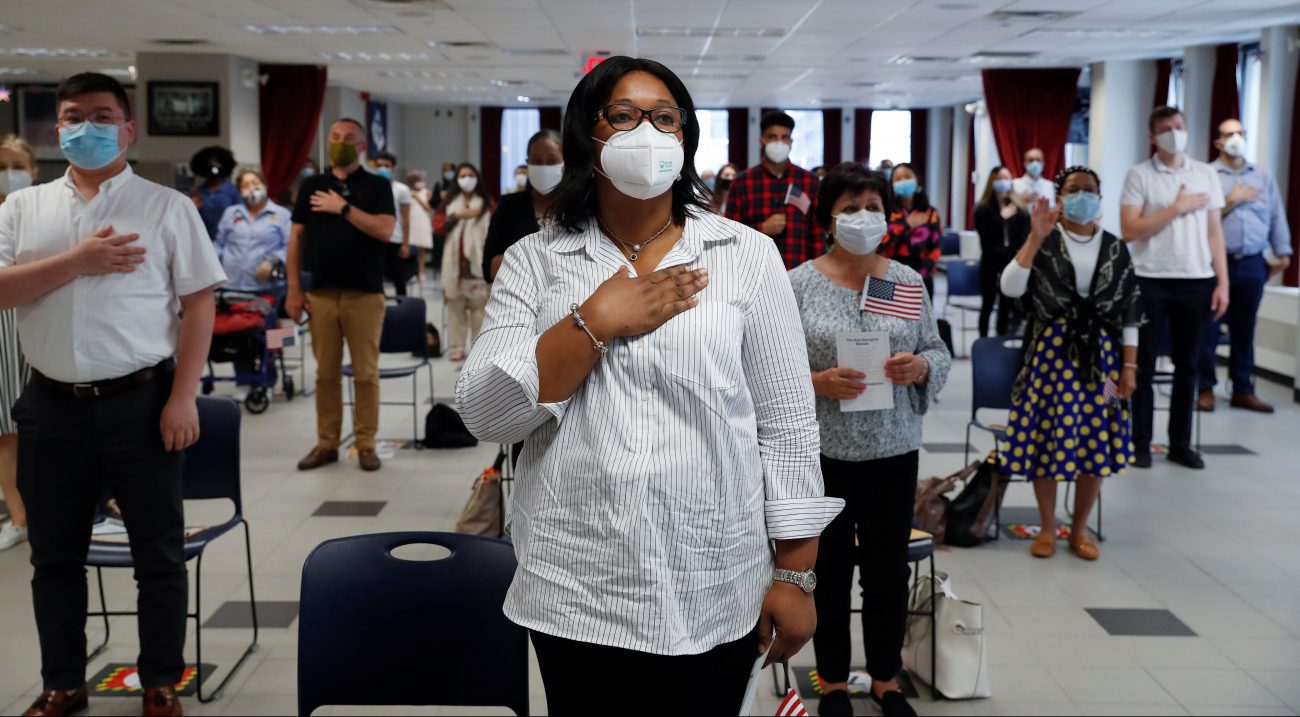 The ruling Jan. 8 from the 4th Circuit Court of Appeals upholds a preliminary injunction granted by a federal judge in Maryland a year ago who determined that the executive order could be seen as unlawful because it grants states and localities veto power that “flies in the face of clear congressional intent” established in the 1980 Refugee Act.

The 28-page ruling came in a case filed by three faith-based resettlement agencies — HIAS, a Jewish organization; Church World Service; and Lutheran Immigration and Refugee Service — that said their work would be directly impacted and harmed by the executive order.

It means that resettlement agencies no longer must approach each individual government jurisdiction in which they help refugees put down roots. Overall, 42 governors and more than 100 local authorities had agreed to continue refugee resettlement.

Ashley Feasley, director of policy for Migration and Refugee Services of the U.S. Conference of Catholic Bishops, said the court noted in its ruling that the changes required under the executive order “would cause inequitable treatment of refugees and undermine the very national consistency that the Refugee Act is designed to protect.”

The work of MRS and the USCCB “is to help resettle refugees and ensure that they can rebuild their lives and contribute to our country and in many cases reunite with their families,” Feasley said.

“Ensuring that we can help to place refugees with their families wherever they may be is a furtherance of the work of the church and of Pope Francis, who notes that especially in this moment of COVID-19, we must care for the vulnerable and ensure to leave no one behind.”

Krish O’Mara Vignarajah, president and CEO of Lutheran Immigration and Refugee Service, said that refugees seeking to safely live in the U.S. will no longer be used as pawns by state and local governments.

“This ruling provides critical relief. Those who have been waiting for years to reunite with their families will no longer have to choose between their loved ones and the resettlement services that are so critical in their first months as new Americans,” she said in a statement.

The administration appealed the ruling, leading to the circuit court’s decision.

The appellate court said the executive order violated the 1980 Refugee Act, which required the federal government to consult with local jurisdictions on implementing provisions established to resettle refugees. The court said that by requiring state and local governments to consent to accepting refugees, the consultation requirements established in the act were no longer being followed.

Vignarajah said the agency received widespread community support as it pursued the case in the federal court system.

“The urgency of the moment calls for love and compassion and a recommitment to uphold the American legacy of hospitality for those who need it most,” Vignarajah said.

“It is our civil duty to advocate for the voiceless and hold those in power accountable for restoring the humanitarian principles that have long guided our nation’s moral leadership,” she added.

PREVIOUS: In wake of Capitol attack, leaders urge rejection of divisions that lead to violence

NEXT: Jesuit priest will deliver invocation at Biden’s presidential inauguration