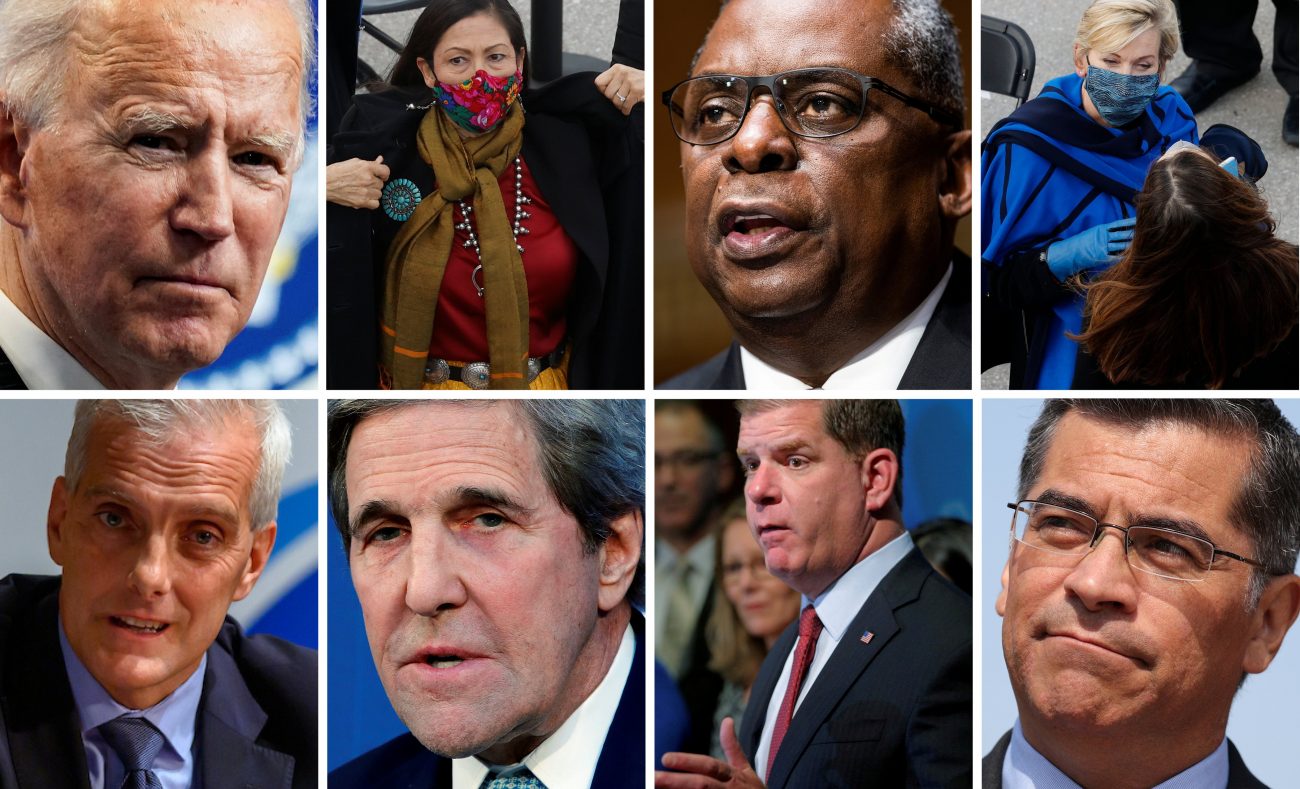 WASHINGTON (CNS) — In what may be an all-time high, President Joe Biden has nominated nine Catholics to serve in his Cabinet.

One of them, retired Gen. Lloyd Austin, has already been confirmed as secretary of defense.

Kerry was the Democrats’ presidential nominee in 2004. During his campaign, then-Archbishop Raymond L. Burke of St. Louis said that if Kerry were to present himself to receive the Eucharist to the prelate, he would not give Communion to the former U.S. senator due to Kerry’s position on abortion. Now a cardinal, the prelate had made a similar declaration on two Wisconsin politicians before leaving the Diocese of La Crosse, Wisconsin, for St. Louis.

The remark set off a long discussion and debate within U.S. circles, including among the U.S. bishops themselves, as to what constituted suitability to receive the Eucharist. Kerry later served as secretary of state under President Barack Obama.

Becerra served 12 terms in Congress before winning election as California’s attorney general four years ago. As attorney general, he argued before the U.S. Court of Appeals for the Ninth Circuit that the Little Sisters of the Poor should be required to provide birth control services under the Affordable Care Act.

On Dec. 21, two weeks after Becerra was nominated by Biden for the HHS post, 40 pro-life and pro-family organizations signed on to a letter calling on the Senate to reject Becerra’s nomination because “as a lawyer, he has used the law against everyone from nuns to pregnancy care centers to the FDA to advance a radical abortion agenda,” according to a press release issued that day.

The Canadian-born Granholm, a former two-term governor of Michigan, spent a year in France helping smuggle clothes and medicine to Jews in the Soviet Union. While studying at Harvard College, she met and married Daniel Mulhern, a theology student at Yale University.

Haaland, who would be the first American Indian to serve in a Cabinet post, served two terms in the House prior to her nomination as Interior secretary. She raised a daughter as a single mother, and started a salsa company to help pay the bills. Haaland has described herself as “a 35th-generation American.”

McDonough, whose grandparents emigrated from Ireland, received a bachelor’s degree from St. John’s College in Collegeville, Minnesota. While a student, he played defensive back for the Johnnies under legendary coach John Gagliardi. McDonough later graduated from Georgetown University’s School of Foreign Service, and served as Obama’s chief of staff during his second term.

Raimondo, Rhode Island’s governor since 2015, graduated from LaSalle Academy in Providence, as one of the first girls allowed to attend what had been an all-boys Catholic school, and was class valedictorian. Raimondo later served on the LaSalle Academy board.

Last March, in the first days of the coronavirus pandemic in the United States, she sparred with New York Gov. Andrew Cuomo over her order requiring New Yorkers to self-quarantine for 14 days upon entering Rhode Island. Cuomo’s threatened lawsuit was dropped when Raimondo expanded the order to all travelers to Rhode Island.

Walsh, the son of Irish immigrants who met in the United States, has been the mayor of Boston since 2014. He holds a bachelor’s degree from Boston College. He served as president of a Laborers Union local in Boston until he made his first mayoral bid.

After former President Donald Trump threatened to withhold federal funds to any city declaring itself a sanctuary city for unauthorized immigrants, Walsh reaffirmed Boston’s status as a sanctuary city, saying in a 2017 speech, “If people want to live here, they’ll live here. They can use my office. They can use any office in this building.”

PREVIOUS: Poet Amanda Gorman is a light to us all, parishioner says