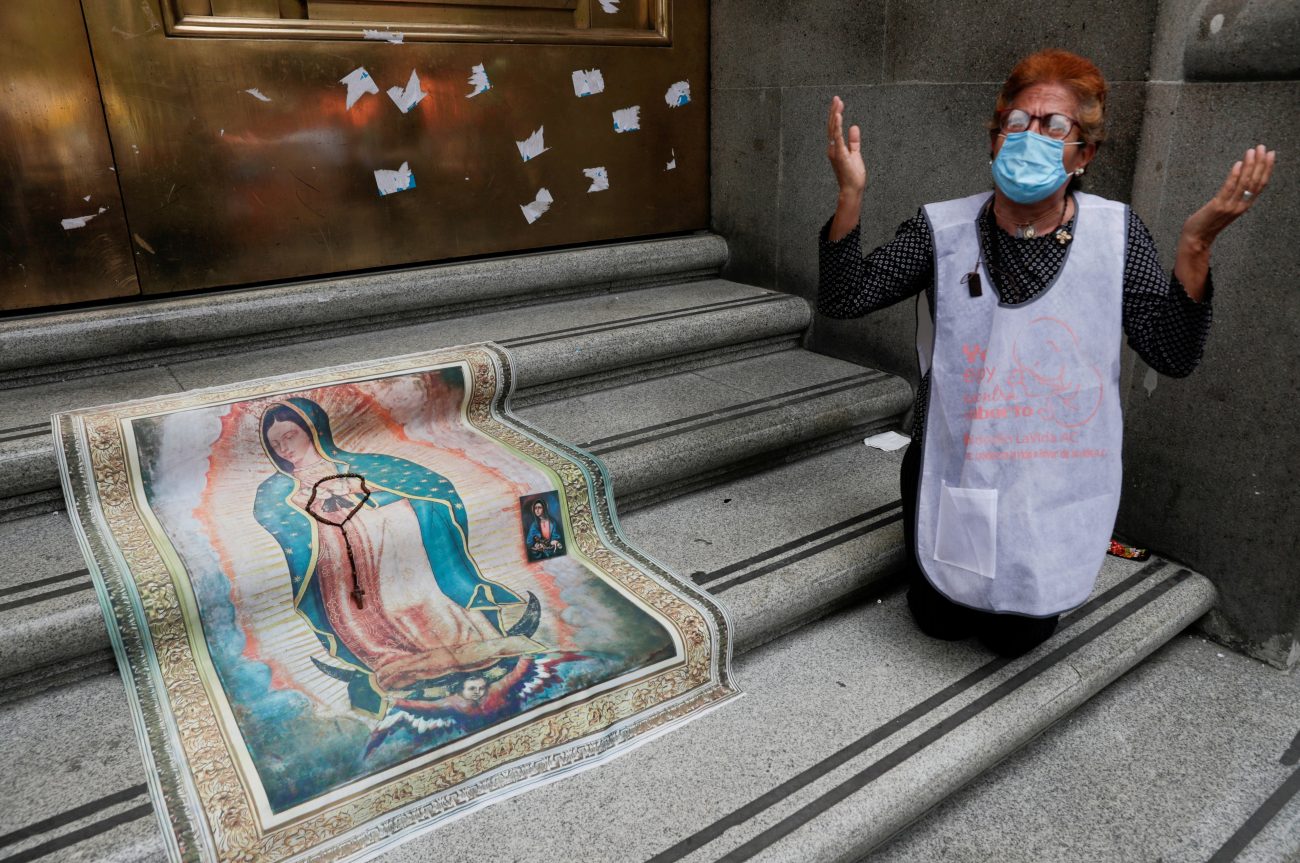 “(It) is antithetical to reason, violates human dignity, and is incompatible with Catholic teaching. We and our brother bishops strongly oppose this action. We urge the president to use his office for good, prioritizing the most vulnerable, including unborn children,” the prelates said.

The statement was issued by Archbishop Joseph F. Naumann of Kansas City, Kansas, and chairman of the U.S. Conference of Catholic Bishops’ Committee on Pro-Life Activities, and Bishop David J. Malloy of Rockford, Illinois, chairman of the Committee on International Justice and Peace.

The policy, first announced by President Ronald Reagan during an international conference on population in Mexico City in 1984, blocked U.S. funding for nongovernmental organizations that perform or actively promote abortion as a form of family planning in other nations.

Republican presidents since then have upheld the policy and Democratic presidents have overturned it. Opponents of the policy call it a “gag order.”

“As the largest nongovernment health care provider in the world, the Catholic Church stands ready to work with him and his administration to promote global women’s health in a manner that furthers integral human development, safeguarding innate human rights and the dignity of every human life, beginning in the womb,” Archbishop Naumann and Bishop Malloy said.

“To serve our brothers and sisters with respect, it is imperative that care begin with ensuring that the unborn are free from violence, recognizing every person as a child of God,” they said. “We hope the new administration will work with us to meet these significant needs.”

A number of other national pro-life leaders also criticized Biden for his decision, which was included in a “Presidential Memorandum to Protect and Expand Access to Comprehensive Reproductive Health Care.”

Jeanne Mancini, president of the March for Life Defense and Education Fund, in a tweet called it “a deeply disturbing move, especially when the president says he wants national unity.”

His action “goes against the wishes of an overwhelming majority of Americans — in fact, consistent polling shows that 77% of Americans oppose taxpayer funding for abortion overseas,” said Mancini in her tweet. “The government should never force taxpayers to fund abortions, either here or abroad, but should work to protect the inherent dignity of all persons, born and unborn.”

The March for Life organization sponsors the annual rally and march that takes place in Washington near the Jan. 22 anniversary of Roe v. Wade, which legalized abortion nationwide in 1973.

This year participation in the event will be primarily virtual because of pandemic restrictions and unprecedented security in Washington following the riot at the U.S. Capitol Jan. 6. Tens of thousands of pro-lifers normally come from across the country for the event.

Only a small group, led by Mancini, planned to be on the National Mall for speeches Jan. 29. Afterward, the group was to walk to the U.S. Supreme Court.

Biden’s decision to rescind the policy that began with Reagan was expected once he was inaugurated as the nation’s 46th president.

A Catholic, Biden also has said he wants to see an end to the long-standing Hyde Amendment, which outlaws federal tax dollars from directly funding abortion except in cases of rape, incest or when the life of the woman would be endangered.

A week earlier, Dr. Anthony Fauci, director of the National Institute of Allergy and Infectious Diseases and now Biden’s chief medical adviser, said the president would take action on the policy “in the coming days.”

It is part of the new president’s “broader commitment to protect women’s health and advance gender equality at home and around the world,” Fauci told the World Health Organization’s executive board Jan. 21. He made the comments after Biden chose him to head the U.S. delegation to WHO.

“Funneling U.S. tax dollars to abortion groups overseas is an abhorrent practice that flies in the face of the ‘unity’ Joe Biden and (Vice President) Kamala Harris promised to inspire,” said Marjorie Dannenfelser, president of the Susan B. Anthony List, echoing Mancini’s remarks.

“Rather than rally the nation around common ground policies to affirm and promote life,” she said, “today they force taxpayers to bankroll abortion businesses overseas, opening up a slush fund for groups like Marie Stopes International and the International Planned Parenthood Federation.”

“These abortion industry giants shamefully push their agenda on deeply pro-life nations and cultures,” she added. “Americans across the political spectrum oppose the use of taxpayer funding to promote abortion and abortion businesses. Despite this, the new administration is moving forward with a payout to the abortion industry that backed their political campaign.”

Released Jan. 27, results of the annual Knights of Columbus-sponsored Marist poll on Americans’ opinions on abortion continue to show that “a majority of Americans do not support the sweeping pro-abortion changes to law that are sought by President Biden and the Democrat Congress,” noted Carol Tobias, president of National Right to Life.

“Pursuit of this radical pro-abortion agenda shows just how out of touch they are with their constituents,” she said.

“U.S. foreign policy — and the foreign entities we fund with billions of dollars in grant money — should consistently affirm, care for, and tangibly assist women and children — including unborn baby girls and boys,” Rep. Chris Smith, R-New Jersey, who is co-chair of the Congressional Pro-life Caucus, said Jan. 28.

He wrote a letter signed by at least 118 members of Congress calling on Biden to reconsider and reverse his decision on the Mexico City policy. Signers include Republican Leader Kevin McCarthy of California, Republican Whip Steve Scalise of Louisiana and Republican Conference Chair Liz Cheney of Wyoming.

On Jan. 23, 2017, President Donald Trump in an executive order reinstated the policy, which had been suspended by his predecessor, President Barack Obama, and he expanded it to create the Protecting Life in Global Health Assistance Policy.

In August 2020, then-Secretary of Health and Human Services Alex Azar issued the administration’s second report on implementation of the expanded policy. He said it showed the vast majority of foreign nongovernmental organizations — 1,285 out of 1,340 — had complied “with this policy with minimal disruption of health services and no reduction in funding.”

“Many countries throughout the world have been besieged by aggressive and well-funded campaigns to overturn their pro-life laws and policies,” Smith said in his statement. “The Protecting Life in Global Health Assistance Policy was designed to mitigate U.S. taxpayer complicity in global abortion.”

PREVIOUS: Masses, rallies recall the lives of those lost to abortion since 1973

NEXT: Changes in political landscape mean battle will be tougher, pro-lifers told