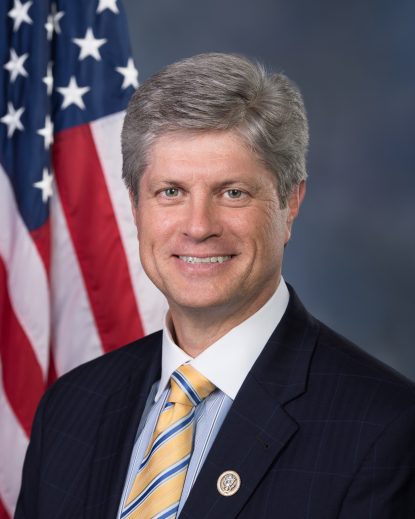 WASHINGTON (CNS) — Seeing the U.S. Capitol building being stormed by a rioting mob Jan. 6 brought a visceral reaction from Congressman Jeff Fortenberry, a Republican from Nebraska. Fortenberry, who is Catholic and often attends daily Mass at St. Peter’s Church on Capitol Hill, called the attack a “desecration.”

The rioters broke through windows and doors, overwhelmed Capitol Police lines and rampaged through the building, causing members of Congress and staff to flee to secure areas, as the mob proceeded to ransack congressional offices and wander into the abandoned Senate chamber.

“When I saw (TV images of) a fool in the chair of the presiding officer of the Senate, my visceral reaction was (this is) desecration,” Fortenberry said in a Jan. 8 interview with the Catholic Standard newspaper and website of the Archdiocese of Washington.

The congressman, who has a master’s degree in public policy from Georgetown University and a master’s degree in theology from the Franciscan University of Steubenville, Ohio, said what was happening reminded him of how, during the Reign of Terror in the French Revolution, a prostitute was installed on the altar of the Notre Dame Cathedral in Paris.

“The degradation of culture leads to these moments where violence can be pursued in the name of justice. That’s how twisted this is,” he said.

When the crowd stormed the Capitol, Fortenberry was quarantined in his office because of COVID-19 exposure, although he was allowed to return for votes under safety precautions. He said from the front side of the Longworth Building, he could see the chaos erupting around the outside of the Capitol, and from the back side of his building, life was unfolding as normal, and a man could be seen walking his dog.

“It was jarring and surreal at the same time,” he said. “I could not imagine this could happen in the United States of America … To think somehow in the pursuit of justice and democracy, people would take over the Capitol. It’s not only jarring, but outrageous.”

He also said that assault was “a threat not just to this space, but to the idea of America.”

As it unfolded, he said, “your sense of duty kicks in” and he contacted his staff members and fellow members of Congress to make sure they were safe, just as he was receiving numerous texts wondering about his safety. 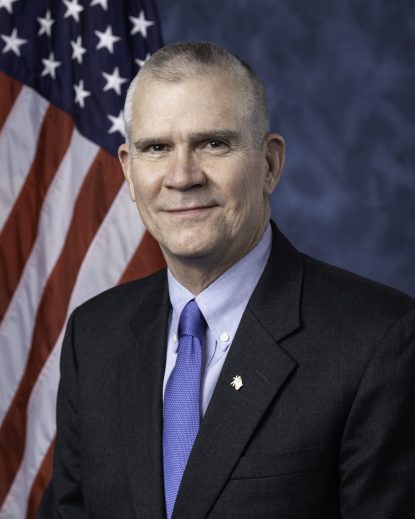 Rep. Matt Rosendale, R-Montana, who also attends daily Mass at St. Peter’s, was in the House chambers along with other members that afternoon, listening to debate about objections raised regarding the Electoral College vote from Arizona.

About an hour into the debate, he said they heard an announcement over the loudspeaker that there had been a breach in the Capitol’s security. The Speaker of the House, Nancy Pelosi, was escorted out of the chamber. Rosendale said members were advised to get the gas masks under their seats and then to leave the room, after tear gas had been used to disperse rioters in the Capitol Rotunda.

“I tried to do my best to keep folks calm,” he said. “There was an orderly evacuation. Everybody had a gas mask in hand. They got us out of the chamber and started taking us to a secure place.”

During the melee, Rosendale said they could hear rioters beating on the doors. Dozens of people were arrested for the rioting in the Capitol, which left five people dead, including a Capitol Hill Police officer.

He said it is troubling to think that while he was trying to perform his duties, “there were people outside violating everyone’s First Amendment right to free speech. They had crossed over the line by committing criminal acts … It’s contrary to everything we were trying to do up here.”

Like Fortenberry, he wanted to make sure his staff members were safe. Meanwhile, his wife Jean was among people who sought sanctuary that afternoon in St. Peter’s Church, after neighbors had to evacuate their homes due to a bomb scare in a nearby building.

“We typically walk down there (to St. Peter’s) for daily Mass. We always find comfort and solace in church … It’s special for me to attend Mass each day. It’s part of my life,” he said.

Hours later, the members of the U.S. House of Representatives and Senate returned to work, to listen to debate and then certify the Electoral College vote of President-elect Joe Biden.

“It was critically important for the whole nation for us to go back in chambers and complete our work and let them see nothing was going to keep us from performing our duty,” Rosendale said.

After the Capitol had been invaded by rioters, tall fencing was erected around its perimeter, with members of the National Guard patrolling the Capitol Hill area.

“Right now, outside it’s very calm and very peaceful, and I have no concerns as I travel the Capitol,” Rosendale said two days after the attack.

Asked about his hopes for the future, he said: “What I hope going forward is, this body, the U.S. Congress, both chambers, that we’re able to focus on policies and not personalities and leave all the debate inside our respective chambers.”

The evening after the incident, Fortenberry walked around the Capitol building, thanking Capitol Hill Police officers.

“We see them do their duty every day,” he said, noting that he spoke with one officer that he sees all the time, but now “he was in full riot gear.”

Fortenberry also made it a point to go to Statuary Hall, and make sure Nebraska’s statue of Chief Standing Bear was unharmed. According to the website of the Architect of the Capitol that explains the figures memorialized in Statuary Hall, “Chief Standing Bear of the Ponca tribe was the central figure of an 1879 court case that established that Native Americans are ‘persons’ under the law and are entitled to the same rights as anyone else in the nation.”

That statue was unharmed. Reflecting on its place in Nebraska’s history, Fortenberry said, “Chief Standing Bear was a forerunner to the Civil Rights movement. He raised his hand in the courtroom and said, ‘I am a man.'”

When asked about his hopes for the future after the Capitol assault, the Nebraska congressman said: “Our task now is to heal, and our flag is still flying.”

NEXT: Bishops call for an end to the federal death penalty