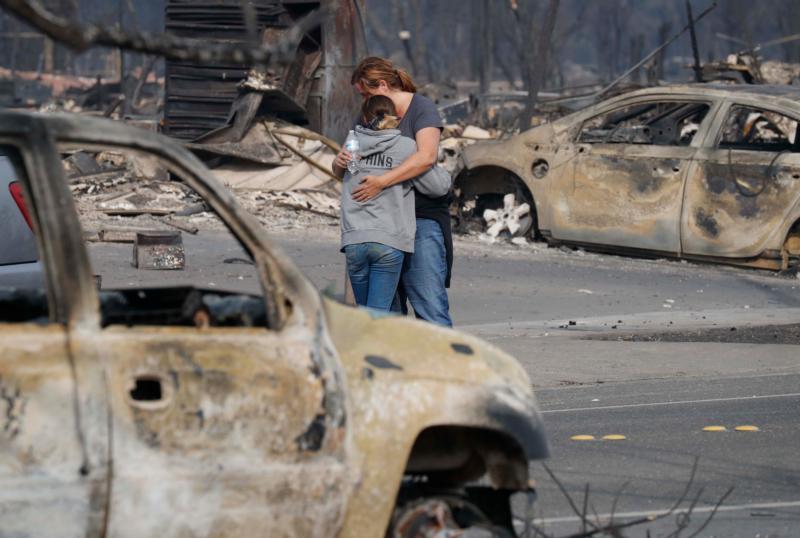 (CNS) — A $1 million grant will allow 10 Catholic Charities agencies in four wildfire-stricken Western states to provide assistance to people burned out of their homes.

The grant to Catholic Charities USA from the Center for Disaster Philanthropy will enable aid to be delivered over the next 12 to 18 months in Colorado, California, Oregon and Washington.

“It was natural for us to go to Catholic Charities given their expertise in disaster case management and given their multistate presence as well as their deep, deep understanding of local communities and the individuals in those communities,” Regine Webster, center vice president, told Catholic News Service Feb. 11.

Dominican Sister Donna Markham, president and CEO of Catholic Charities USA, welcomed the aid, saying the funding will provide for long-term recovery of people who lost their homes and livelihoods in the fires that swept through large portions of the country from August through November.

“This really enables Catholic Charities to make a substantial impact on the trauma that people have experienced,” she told CNS.

Money will be used for direct aid for home repair and rebuilding, health care and case management services as people apply for federal disaster assistance and provide long-term financial stability.

The grant is one of the largest to a single agency in the Washington, D.C.-based center’s 10-year history, Webster said.

“What they do is that under the guidance of Catholic Charities, case managers and survivors really establish a personalized plan for recovery,” she said.

PREVIOUS: After 11 months, what is there left to give up this Lent?

NEXT: Dispensation from Sunday Mass in Detroit expires March 13