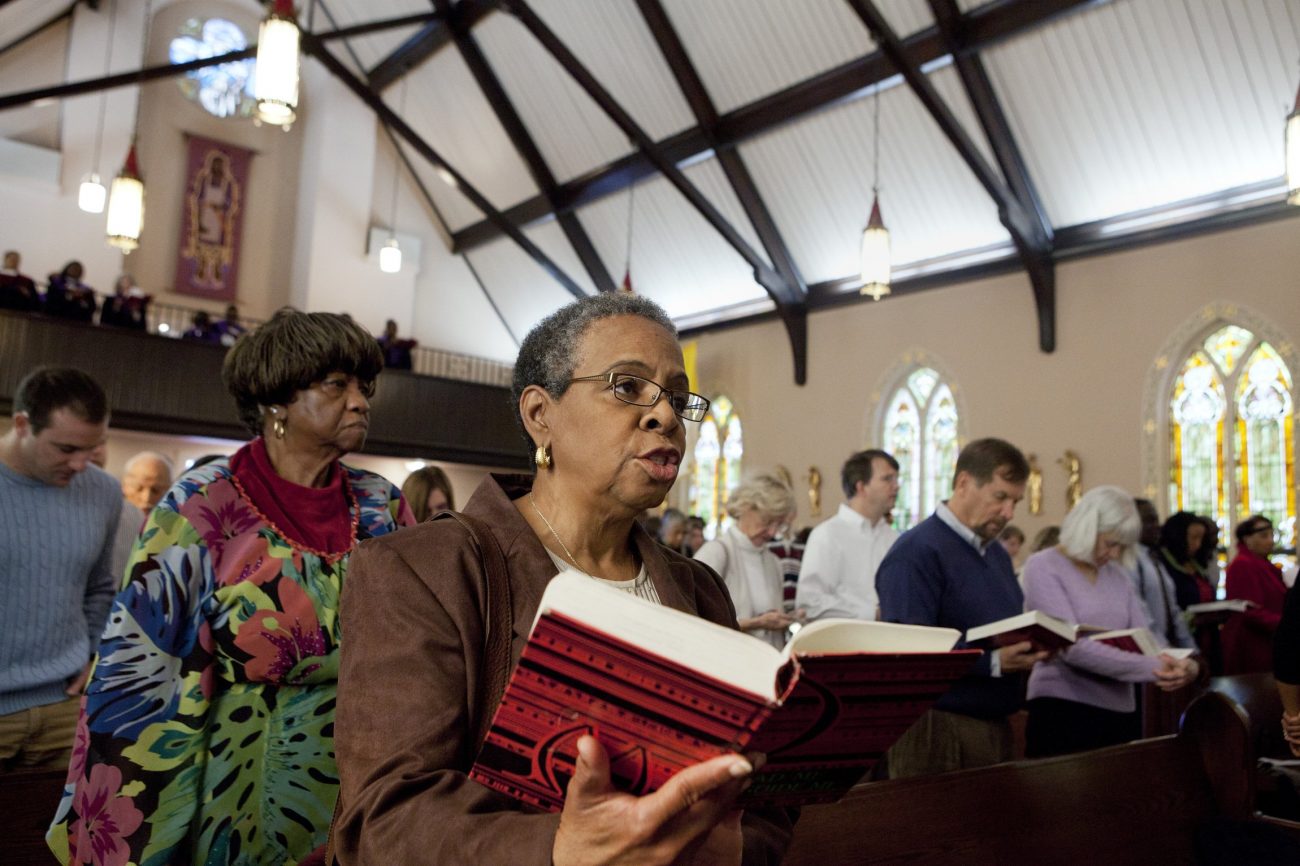 WASHINGTON (CNS) — A new study released Feb. 16 by the Pew Research Center on Black religiosity in the United States shows that Black Catholics are less religiously oriented than their Protestant counterparts.

But by the same token, Black Americans are more religious than the American public as a whole.

Higher percentages of Blacks (97%, vs. 90% of all adults) believe in God or a higher power, say evil spirits can do harm, hold that religion is very important to them, pray to their ancestors to protect them from harm, say that opposing racism is essential to their faith, and believe that Black Muslim organizations have contributed to help Blacks move toward racial equality.

“What’s interesting here is Black Catholics, compared to Black Protestants, by a whole host of measures, they’re less religious,” said Besheer Mohamed, a Pew senior researcher who helped guide the study from start to finish over nearly three years. “They’re less likely to say religion is important to them, less likely to attend religious services, for a whole host of (reasons) — with a couple of exceptions — Black Catholics look less religious than Black Protestants.”

Only 27% of Black Catholics said they go to church weekly or more often — less than half of Black Protestants who say they go to a Black church — while another 27% also said they go just a go a few times a year. Thirteen percent said they go one or twice a month, and 32% said they go seldom or never.

Among Blacks who identify with a religion, “Protestants (73%) are more likely than Catholics (49%) to say religion is very important to them,” said the study, titled “Faith Among Black Americans.”

The same is true about Scripture study and religious education. Twelve percent of Black Catholics say they participate at least weekly, compared to 22% of all Black adults, with another 14% saying they do so at least a few times a year.

Most of the survey was conducted before the coronavirus pandemic took hold of the United States last March, forcing many religious services into an online-only mode.

Among Black Christians, Catholics are only half as likely as Protestants, 28% to 56%, to say they take the Bible literally, word for word. “Among Black Catholics, 57% say the Bible is the word of God but that it should not be taken literally,” the Pew report said.

“Black Americans from the Caribbean are more likely than U.S.-born Black adults to be Catholic, though they are about equally likely to be religiously unaffiliated,” it added.

The Pew survey showed that 6% of U.S. Blacks identify as Catholic. However, determining precisely where that fits among all denominations proved frustrating for Pew.

Nine percent professed membership in the National Baptist Convention, and 6% in the Church of God in Christ, but 10% reported being “Independent Baptist,” and 7% each said simply either “Baptist” or “Protestant/Christian” without giving specifics.

For online survey respondents, “we really do prompt them,” Mohamed told Catholic News Service in a Feb. 12 phone interview. “When they got that last question they either ignored it or said, ‘I’m just Baptist.’ A fair number said, ‘I’m just Protestant.'”

To add perspective to the 176-page report, Pew interviewed 30 Black clergy, including one Catholic priest, Father Desmond Drummer, pastor of Most Blessed Sacrament Parish in the Atlanta suburb of South Fulton, Georgia.

“We are firmly in the tradition of the proverbial ‘Black church,’ because people who are descendants of slaves are in our church,” Father Drummer told Pew. On the other hand, he said, “Black clergy at a Catholic church are never presumed to be committed exclusively to the Black population alone, or the pan-African population alone. And that shapes the way we engage the world.”

In a Feb. 13 interview with CNS, Father Drummer said, “I look forward to reading this report … and I look forward to seeing how it reflects my own experience as a pastor of a predominantly Black parish, as a chaplain at a globally diverse Catholic high school, and as African American man myself.”

He added, “I’m sure the researchers took this into account, that religious practices are different among religious groups. And within Black Christianity, being a Black person in a denomination that is Catholicism — that is not predominantly Black itself — there is a difference. There is a difference. So I’m curious to see if those manifestations are reflected in the statistics. … But I am curious to see what’s there.”

A plurality of Black Catholics, 45%, say Black churches have the right amount of influence in Black communities; among others, three times as many believe it has too little influence, 39%, than too much, 12%. Among all Black congregants, the too-much-vs.-too-little split is six times as great (43%-7%).

But they agree Black churches are less influential today than before. Among Black Catholics, 45% believe they hold less influence, 31% say they now have more influence than before, while 18% say it is about the same as before.

“When you look at what happened in the Catholic Church with the scandal with the priests, and some of the things that have happened recently, not just African American pastors, but megachurches’ pastors, or saying the Lord tells them to buy a $55 million jet, these are the kinds of things that undermine people’s faith in the church,” said the Rev. Christine A. Smith of Restoration Ministries in Euclid, Ohio.

“There was a time when the church was such a major authority in the hearts and minds of people, but these things have chipped away at that to some degree.”

PREVIOUS: Study results will validate faith of some, or cause soul-searching

NEXT: House bill recognizes fetal pain, would bar most abortions after 20 weeks