VATICAN CITY (CNS) — A new attitude and approach toward the elderly are needed in today’s world, especially in the places and ways they are cared for when they become more fragile, said the Pontifical Academy for Life.

To make sure the needs of older people are met and their gifts appreciated, renewed attention and new solutions must be given to assisted living facilities, architectural barriers, friendships and social support networks, in-home caregivers, families and younger family members and opportunities in parishes, the academy said in a new document in English and Spanish.

Released Feb. 9, the 11-page “note” is titled, “Old Age: Our Future. The Elderly After the Pandemic,” and was made available in six languages at academyforlife.va.

It offers a reflection on the importance of the elderly and the challenges the older generation faces and will face, given the World Health Organization’s estimate that by 2050, the world will have 2 billion people over the age of 60, that is, one out of every five people in the world.

The academy also appealed to every facet of society, including families, health care providers, city administrators and local parishes to be more attentive to and inclusive of older people, reviewing and rebuilding the way they welcome and care for people in their fragility.

“On all continents, the pandemic has primarily affected those who are old,” he said, citing estimates that more than 2.3 million elderly people have died of COVID-19, the majority of whom were over 75.

The pandemic has been “a real massacre of the elderly and the majority of them died in institutions for the elderly,” he said.

“A serious rethinking is needed not only in relation to residences for the elderly but for the entire care system of the numerous elderly population that today characterizes all societies,” he said.

In light of Pope Francis’ warning that the world will emerge from the pandemic either better or worse, the archbishop said, making things better “depends on us, on the way we start building our future today.”

The document — focused on building a new future for the elderly — was the fourth published by the academy in relation to the pandemic and another two are in the works: one on children and another on the disabled, he said.

Msgr. Bruno-Marie Duffe, secretary of the Dicastery for Promoting Integral Human Development, said at the news conference that the pandemic “has brought to light an important component of social relationships.”

“The ability to take up the challenge of life — its unknowns and its joys — is based, in part, on the inspiration of dialogue between generations” in which they come together and encourage each other, sharing their dreams, wisdom and tenderness, he said.

Etsuo Akiba, academy member and professor at the University of Toyama, Japan, said that 98% of the people in Japan who have died of COVID-19 have been people 60 years old and over.

Addressing the conference from Japan, she described the serious social and psychological difficulties facing young people, especially students, in urban settings. They face intense competition, bullying and seclusion, and older people often live far away in suburban settings where many of them fear becoming unable to care for themselves, she said.

However, she said the Toyama prefecture has sought to reject this segregation of generations, creating a “regional community of mutual aid.”

For example, she said, they are promoting the “Compact City Project” in collaboration with the university and landscape-gardening businesses.

They also have the “Toyama Day Care System,” which has become a national project, in which older people and differently abled children live together in a traditional Japanese home, designed for three generations, surrounded by nature and supported by family members and caregivers, she said.

“The present world war against COVID-19 is a rare chance for us to escape from an island country’s seclusive mentality and to get the cosmopolitan perspective” that is healthier and intergenerational, she added. 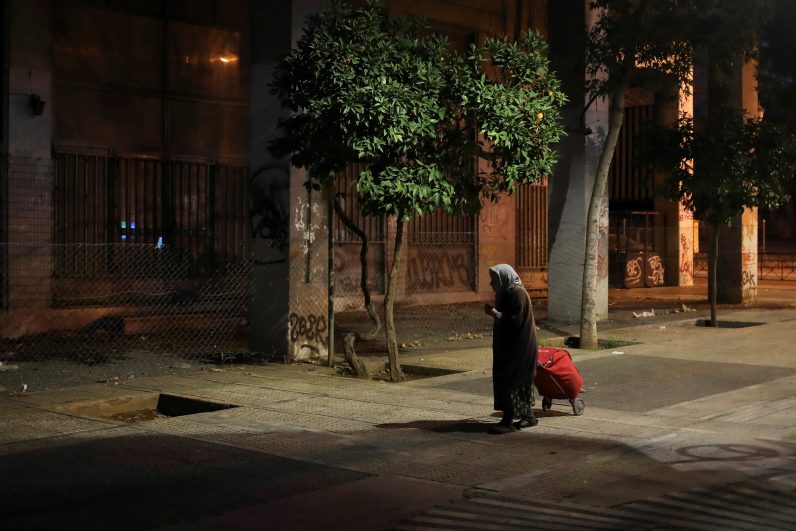 An elderly woman crosses a square to receive a free lunch from the municipal social services, during the COVID-19 pandemic in Athens, Greece, Dec. 22, 2020. The Pontifical Academy for Life has released a document on the post-pandemic future for the elderly. (CNS photo/Costas Baltas, Reuters)

PREVIOUS: CRS shifts into gear to help during ‘crisis on top of other crises’