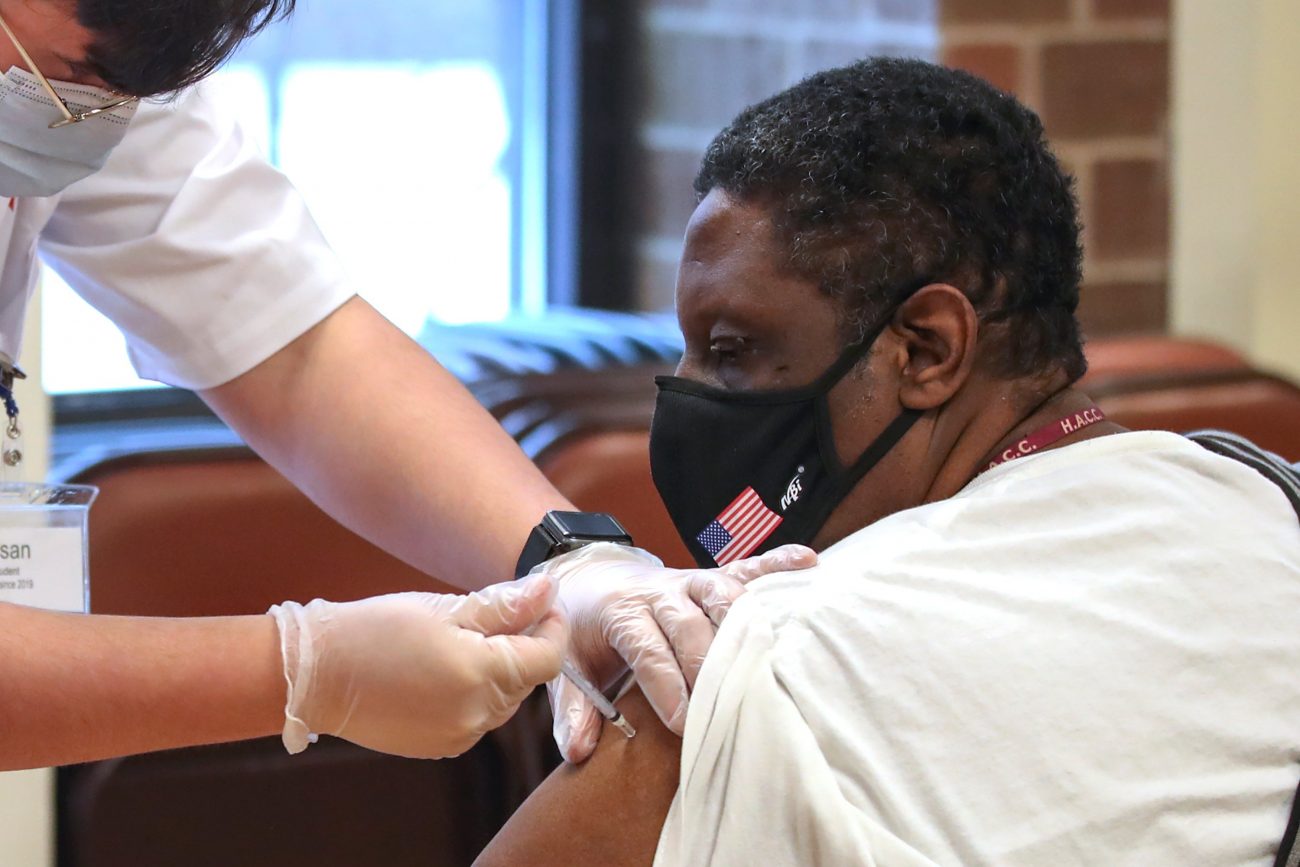 WASHINGTON (CNS) — A group of prominent Catholic scholars said they believe it is morally acceptable for anyone to receive any of the COVID-19 vaccines currently available in the United States.

“Catholics, and indeed, all persons of goodwill who embrace a culture of life for the whole human family, born and unborn, can use these vaccines without fear of moral culpability” for abortion, the eight scholars said in a statement released March 5 through the Ethics and Public Policy Center in Washington.

The statement references the vaccines developed by Moderna, Pfizer and Johnson & Johnson as well as from AstraZeneca, which is expected to soon file for emergency-use authorization from the U.S. Food and Drug Administration.

The scholars said they agreed with Bishop Kevin C. Rhoades of Fort Wayne-South Bend, Indiana, chairman of the U.S. bishops’ Committee on Doctrine, who reiterated in a March 4 video the Johnson & Johnson vaccine “can be used in good moral conscience.”

Bishop Rhoades cited in the video an earlier Vatican statement that “has made clear that all the COVID vaccines recognized as clinically safe and effective can be used in good conscience.”

The bishop also repeated comments that he and Archbishop Joseph F. Naumann of Kansas City, Kansas, chairman of the USCCB’s Committee on Pro-Life Activities, made March 2 that if a choice of vaccines is available “we recommend that you pick one with the least connection to abortion-derived cell lines.”

“Pfizer and Moderna’s connection is more remote than that of the Johnson & Johnson vaccine,” he said in the video.

The scholars said, however, “But we think it (is) a mistake to say both that these (vaccines) are morally permissible to use and yet that some ought to be preferred to others.

“There appears to be no real distinction between the vaccines in terms of their connection to an abortion many decades ago, and thus the moral starting point of equivalence,” they said.

Ryan T. Anderson, president of the Ethics and Public Policy Center, joined seven other scholars in developing the statement.

The scholars explained that their conclusion is based on the fact that the cell line used for in the development of the vaccine, known as HEK293, is far removed from the embryonic kidney cells originally obtained from an unborn child that was aborted in the early 1970s.

“The exact circumstance of the abortion are not known, but the scientists producing the cell line were not directly involved and, crucially, the abortion was not performed for the sake of providing biological materials to researchers,” the statement said.

Importantly, there is no ongoing use of aborted tissue to generate HEK293 cells, to modify these cells or to maintain them in the laboratory. Thus the use of HEK293 (and similar immortalized lines) does not create future incentives for more abortions,” it added.

The statement expressed as “scientific fact” that “no fetal ‘body parts’ are present in these immortal cell lines.”

“The immortal cell lines are artifacts — biological products that have been modified and reproduced many times over, and they do not retain the natural function of the tissue from which they were derived,” the statement explained.

In response to the question regarding whether the production and use of any of the COVID-19 vaccines “contribute to, cooperate with, or promote any abortion,” the scholars said such was not the case because the abortions from which cell lines such as HEK293 were derived occurred decades ago.

In addition, they said, no new fetal tissue is being used or needed to maintain the cell lines, which are produced in research laboratories.

The scholars also said that HEK293 cells are commonly used in testing other products, including processed foods, pharmaceuticals and cosmetics. The cell line also is used as an alternative to animal testing, they noted.

Calling use of HEK293 cells in biomedical research “ubiquitous,” the scholars said their use “has contributed to an enormous number of new medications and medical procedures developed over the last several decades.”

They concluded there is a strong moral reason for people to receive the vaccines when they become available because it will provide the “greatest possible protection for the most vulnerable among us.”

“The attenuated and remote connection to abortions decades ago and the absences of any incentive for future abortions offer little if any moral reasons against accepting this welcome advance of science.”

PREVIOUS: Woman religious honored as one of International Women of Courage

NEXT: Vandalism on basilica grounds prompts sorrow, forgiveness for perpetrator